Playing through a match of Cyber Attack on Piccadilly, this Modern Warfare team figured out a method of putting their opponents away before the round ever really began.

The latest round-based mode introduced to the Call of Duty franchise with Infinity Ward’s Modern Warfare, Cyber Attack offers a unique alternative to the classic Search and Destroy game-type.

With the added ability to revive downed teammates, strategy revolves around a neutral bomb being planted at an opposing site. However, rounds can also end based purely on eliminations as this absurdly swift demonstration proved. 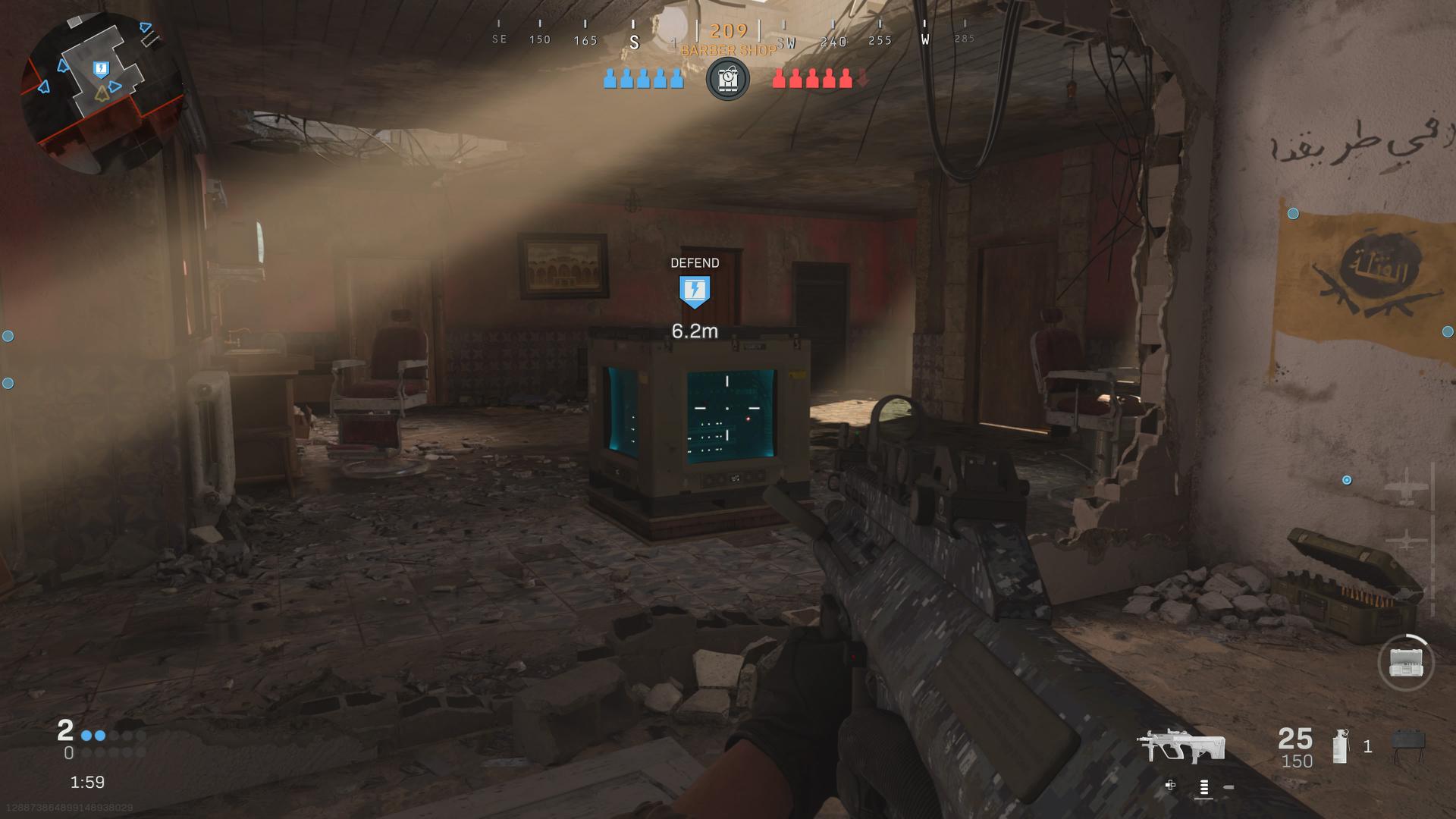 A look at one of the objectives in the Cyber Attack game-type.

In a November 18 post, Reddit user ‘Hirsutophilia’ exemplified what might be the fastest possible round win in CoD history, let alone the title’s brand new mode.

Counting down to the beginning of a new round, the player can be seen aiming their Assault Rifle weapon skywards. They’re doing this due to a grenade launcher under-barrel attachment that can be utilized immediately, unlike various other explosives in Modern Warfare.

Launching a ‘noob-tube’ directly towards the enemy spawn, the player finds two eliminations with the grenade itself before a nearby vehicle explodes and wipes out the remaining enemies.

Piccadilly is a controversial Modern Warfare map to say the least. Former pro and current 100 Thieves CEO Matthew ‘Nadeshot’ Haag has been one of many quite vocal about the poorly-received design, describing it as the “worst Call of Duty map ever made.”

With finicky spawns and lopsided design, the clunky map allowed for this absurd grenade launcher sightline to prove fruitful. An indoor spawn for the enemy team or the negation of all explosives for the first few seconds of each round could have circumvented this ridiculous spectacle.

Chiming in on the absolutely insane team-kill, Reddit user ‘a_body_farm’ responded in saying that the highlight was “both commendable and uninstall worthy. A marvel feat.”

One of many amusingly frustrated responses to the crazy play.

While the issue of early grande launcher kills might not be quite as prevalent on numerous other maps with much more separated spawns, there’s no denying that this is a clear problem for round-based game-types.

Fortunately, Infinity Ward has been quick to address a wide array of community complaints thus far into the life-cycle of Modern Warfare. From a rapid Dead Silence fix to a significant Claymore nerf within the first few weeks, here’s hoping a rapid fix can follow suit for this glaring oversight.

Certainly not the only lightning quick highlight we’ve seen recently in the FPS genre either, with 100 Thieves’ newly recruited CSGO team recently steamrolled through an ESL Pro League round in near-historic time.