Infinity Ward have dropped an update for Modern Warfarer after a number of Call of Duty professionals weighed in on the game’s lack of Dead Silence.

After weeks of waiting, Call of Duty’s newest title, Modern Warfare, was finally released on October 25. The first game in the popular sub-series for almost a decade was, unsurprisingly, highly-anticipated, but it has run into some problems on the competitive side of things.

Some players have complained about the map design, while Seth ‘Scump’ Abner pointed out that there is far more limited mobility compared to other Call of Duty titles. Yet, that’s not all, as players have rallied around needing a change to the current state of Dead Silence – with many claiming that it didn’t work as intended compared to recent games. 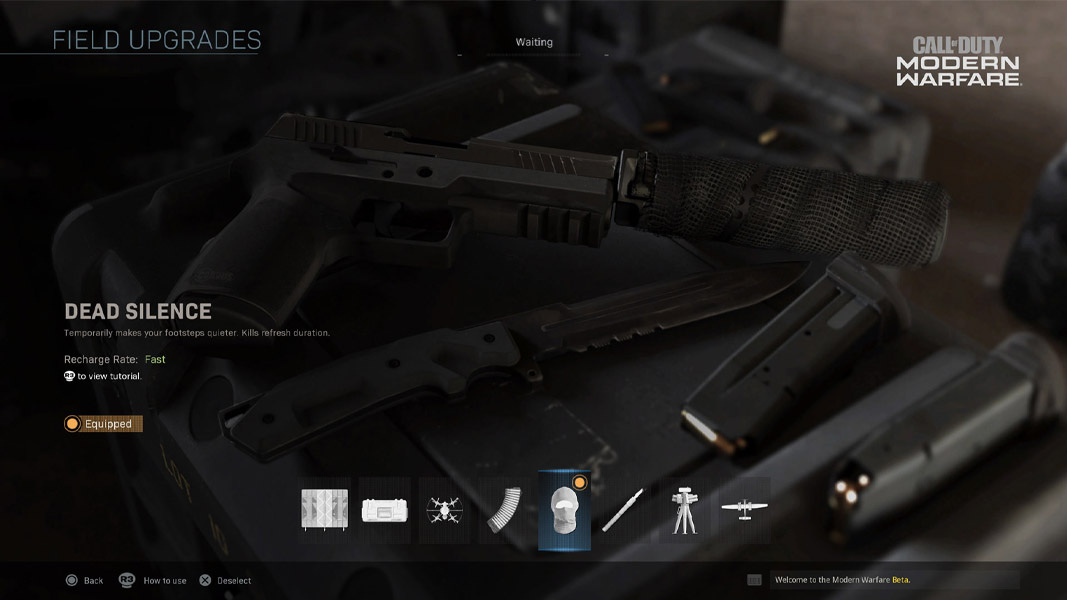 Dead Silence is no longer a perk in Modern Warfare.
[ad name=”article2″]

Dead Silence, of course, has been a much-needed perk in game modes like Search and Destroy, but has become a field upgrade in Modern Warfare – but was seemingly broken upon the game’s launch.

OpTic Gaming’s Kenny ‘Kenny’ Williams noted that he felt like using Dead Silence was purely to run faster instead of being able to move quietly.

Some, like New York Subliners Doug ‘Censor’ Martin pointed out that it should go back to being a perk and provide complete cover from making a sound while moving.

His point was backed up by teammate Dillon ‘Attach’ Price and former world champion Christopher ‘Parasite’ Duarte – who both wanted it changed back to a perk – as well as making a few other slight changes to the game.

Other players, though, took their thoughts a step further than just pointing out what they believed needs to be changed.

OpTic’s Austin ‘SlasheR’ Liddicoat, claimed the respawn game types would “suffer” without the addition of Dead Silence as a perk, with Trei ‘Zer0’ Morris backing that point up.

they need to do anything they can to make respawn the best it can be. dead silence is needed as a perk

Yet, it wasn’t all completely serious recommendations for changes, as some players took the chance to make some lighter jokes. Chicago CoD’s Scump tweeted that the game has been without the perk altogether.

NRG co-owner Hector ‘HECZ’ Rodriguez also made a joke about being able to hear everything without the Dead Silence ability.

Call of Duty made a game without Dead Silence in 2019.

Do you hear that?

Me too, because there’s no Dead Silence.

Calls from both the competitive community and casual players saw Infinity Ward spring into action, however, revealing that a fix was in the works on October 27.

While they claimed it wouldn’t be an instant fix, the developers dropped an update less than a day later, with Dead Silence now providing complete cover for footsteps.

Following this Dead Silence fix, Infinity Ward pushed out a very minor title update that addressed some of the crashing issues and fixed a bug in the Special Ops mode.

Here are the official patch notes, as provided on Reddit: