A bizarre feature has been discovered in Modern Warfare‘s S&D mode, allowing players to see when the bomb is being defused from almost anywhere on the map, leaving everyone confused whether it is intentional or not.

Following its official release on October 25, Modern Warfare has been subject to praise and criticism in equal measure. As with most new releases, a number of issues have been found, including glitches with players’ aim to seeing players’ nametag through solid objects.

Now, less than a week after the game’s official launch, there is another issue to add to the ever-growing list of snags in Modern Warfare. 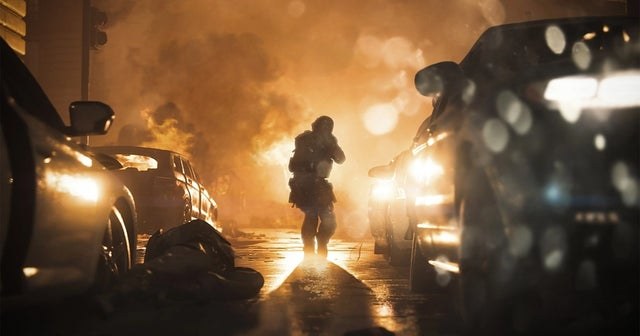 The devs behind Modern Warfare have their work cut out ahead of franchising in January.

Testing the ‘glitch’ while playing Search and Destroy on Arklov Peak, pro player for Atlanta FaZe, Michael ‘MajorManiak’ Szymaniak, discovered that you could notice when the enemy is defusing the bomb in a post-plant situation.

New to Modern Warfare, there is an icon that appears above the bombsite with a timer (that gradually fills as the bomb nears detonation) encompassing it. The icon is available to those defending the bombsite to allow players to gauge their distance away from the bomb.

However, the FaZe pro caught sight of a red line that emerges on the icon when an opponent is attempting to defuse the bomb.

don't even gotta check bombs now with this sick new feature (red line when someone starts defusing) it seems like this was intentional but it has zero place in competitive. just another fix we need ASAP pic.twitter.com/V6qt3TEFMP

The timer turns red when players are defusing the bomb.

Perhaps implemented to cater for players new to Search and Destroy, the icon would clearly have implications for competitive play, given the significant advantage this provides to players defending the bombsite in a post-plant scenario.

This issue is especially pertinent, given that Search and Destroy will be a game mode of choice in the official Call of Duty League ruleset for the 2020 season. Fellow pro, Rasim ‘Blazt’ Ogresevic, has also noticed the feature.

There’s a glitch where you can know if someone’s defusing the bomb from anywhere on the map :joyful::joyful: these dev designers kill me man

It is unclear whether this feature is intended or whether it is another bug that needs addressing by Infinity Ward in an upcoming update.

Nonetheless, should the indication of an enemy defusing be an intentional feature, competitive players far and wide will be looking to toggle or ban this from the CDL ruleset entirely.