Assassin’s Creed Valhalla guide: How to solve all Hordafylke mysteries

Assassin’s Creed Valhalla is filled with all kinds of mysteries for you to uncover, so here’s every piece of side content available in Hordafylke.

The snowy regions of Norway hide all kinds of Mysteries and treasures for you to uncover in Assassin’s Creed Valhalla. Of course, some are much easier to complete than others. Each region is home to various side quests that see Eivor takedown Legendary Animals, duel blood-thirsty Vikings, stack stones, and even take part in rhyming rap battles.

There are a total of seven Mysteries located in Hordafylke and you’ll need to complete each one if you wish to 100% the game. Not only are Assassin’s Creed Valhalla’s mysteries a step up from the previous game’s side quests, but they also net you a wealth of items and experience. Make sure to use our Hordafylke guide below to uncover the region’s Mysteries. 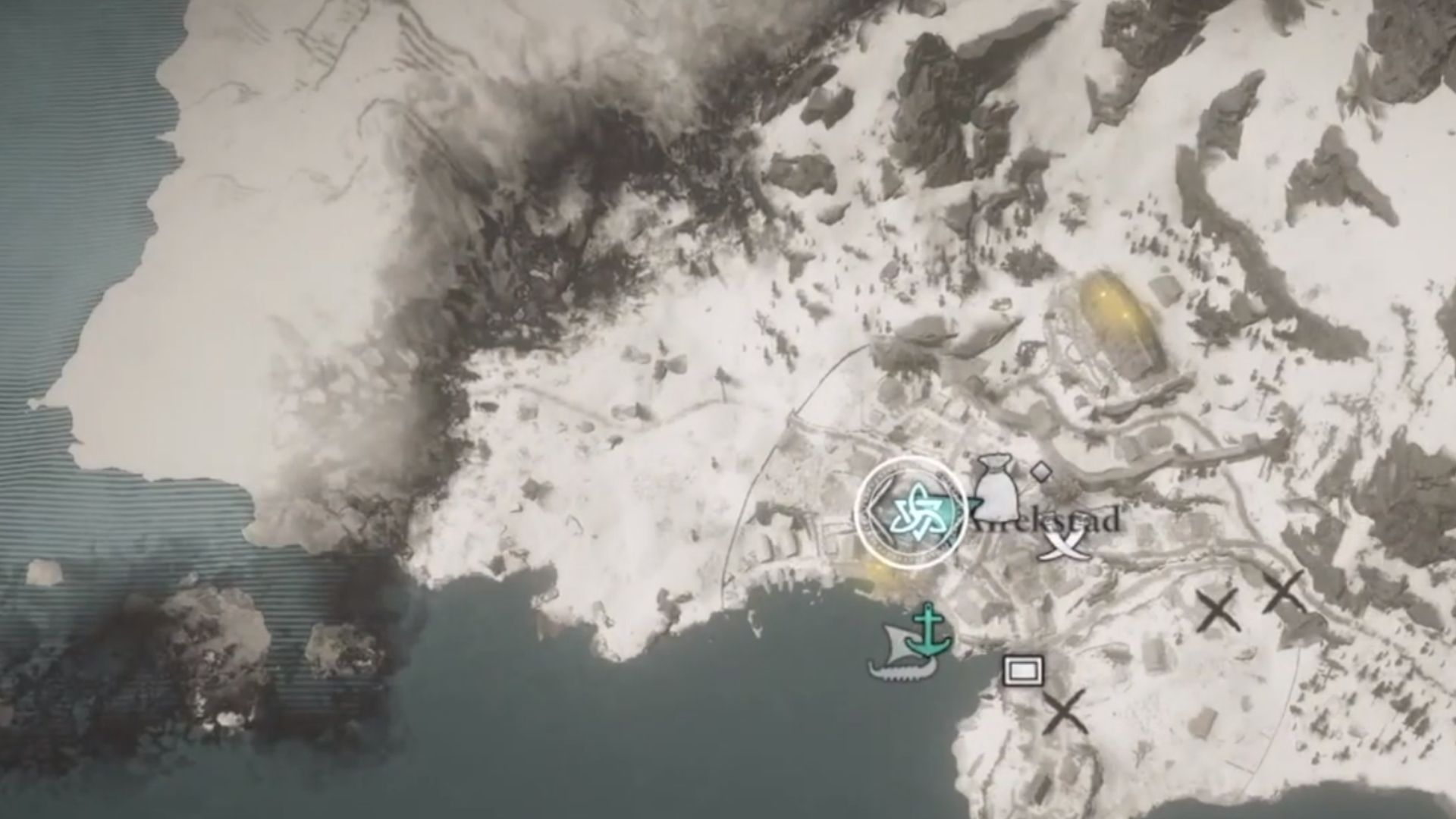 Head over to Alrekstad and run over to the west section of the town. Locate the hut with a woman standing outside of it. Upon interacting with her, you’ll find that she is unsatisfied with her love life and misses the excitement that enemy raids brought to her marriage.

To complete this quest, simply enter the couple’s home and begin destroying their possessions. However, this won’t be nearly enough. To really reignite their passion for one another, you’ll need to burn their house to the ground.

Bring up the selection wheel and equip your torch, then throw it onto the hay that has been strewn across the floor. Once the fire has died down, enter the hut and open the chest to claim your prize.

Bear of the Blue Waters 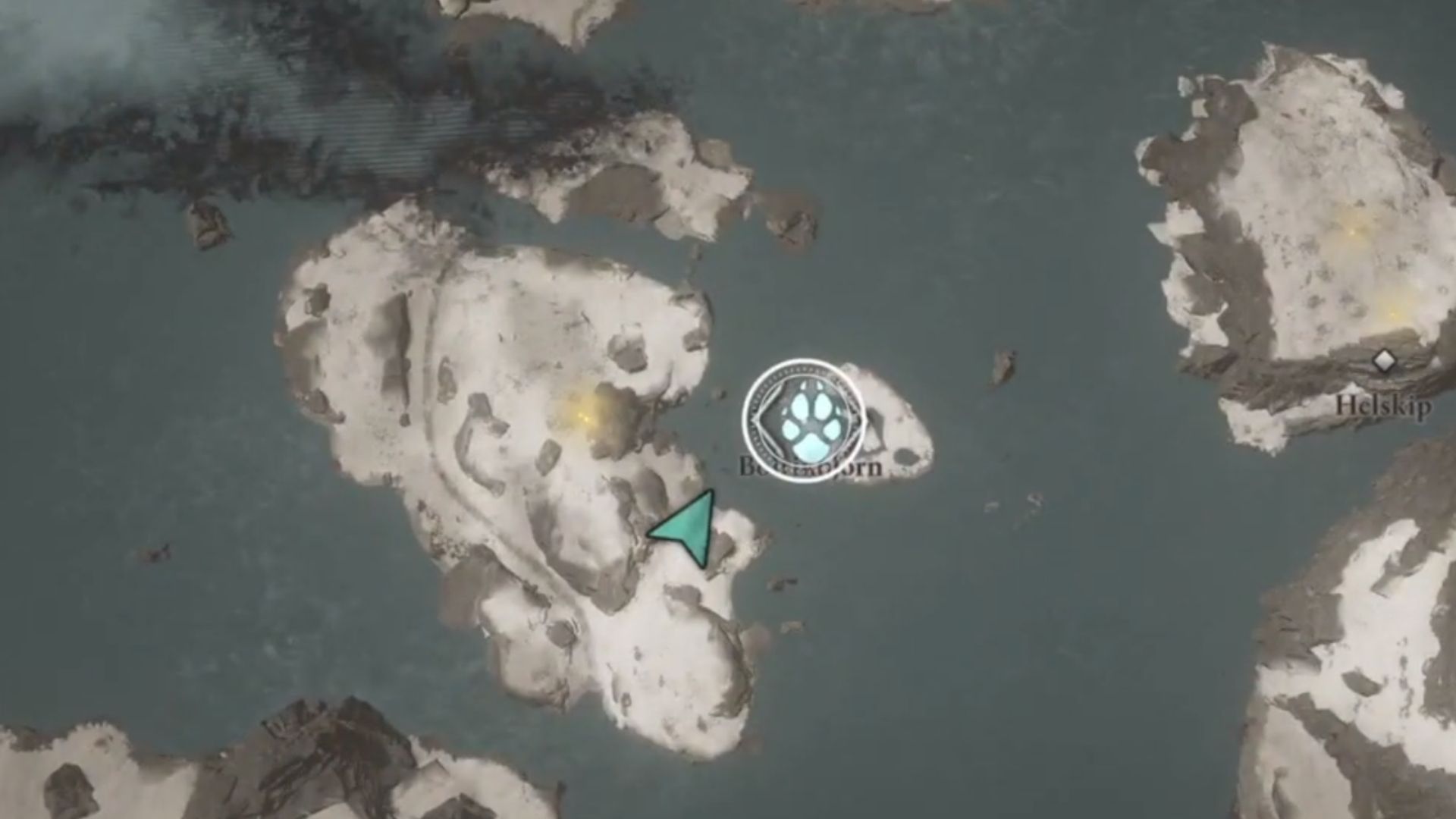 This Legendary polar bear is found on a remote island directly south of Hordafylke. Use your boat to travel to Bolrikbjorn and clamber ashore to begin the hunt. The polar bear has extremely powerful attacks, so you should focus on attacking the bear from behind to avoid its ferocious claw swipes. 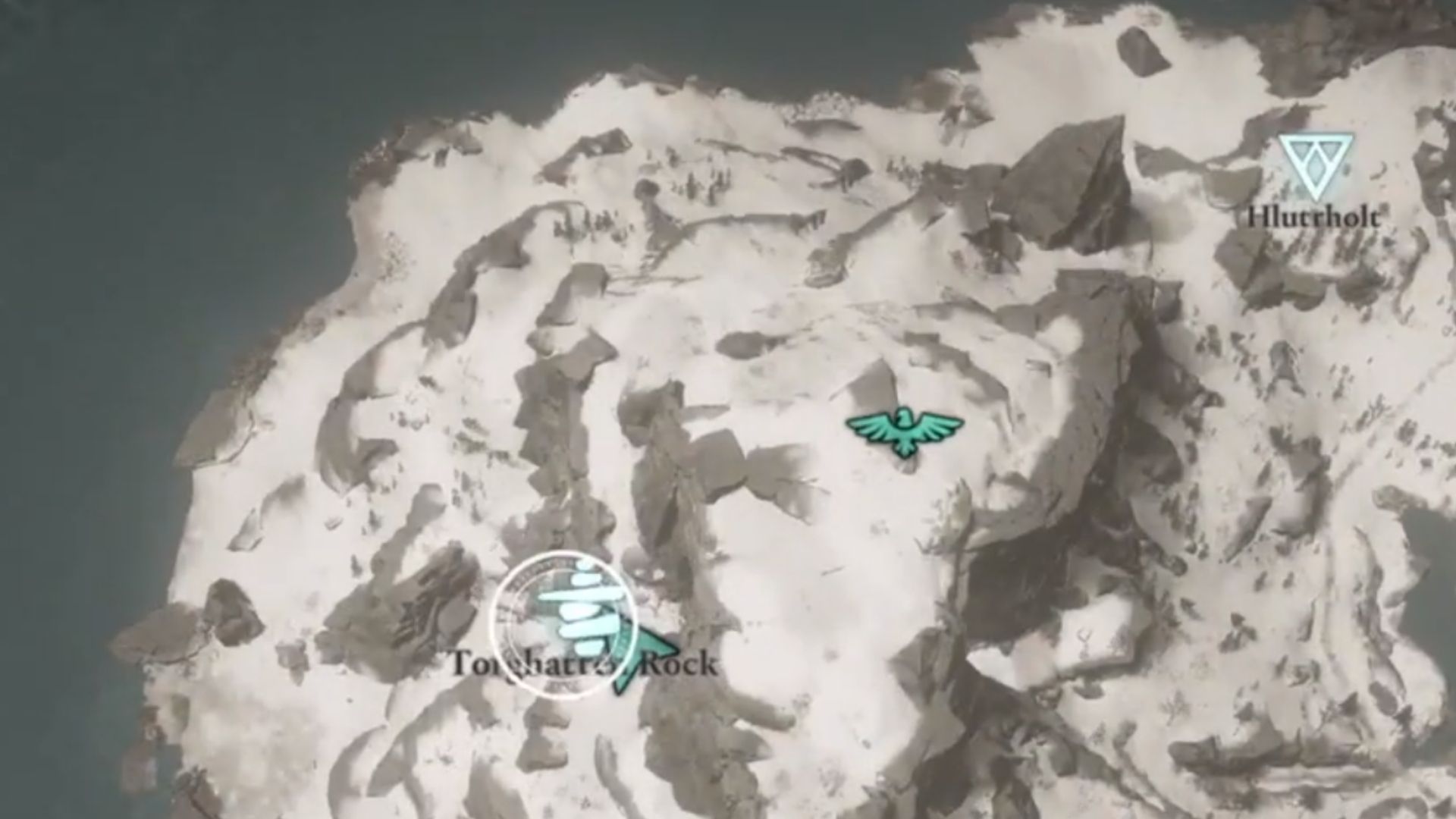 This stone stacking quest can be found near Torghatten Rock. Make your way over to the blue marker and interact with the stones. Once you’ve finished balancing each stone atop one another and reached the required height, you’ll be rewarded with one Skill Point. 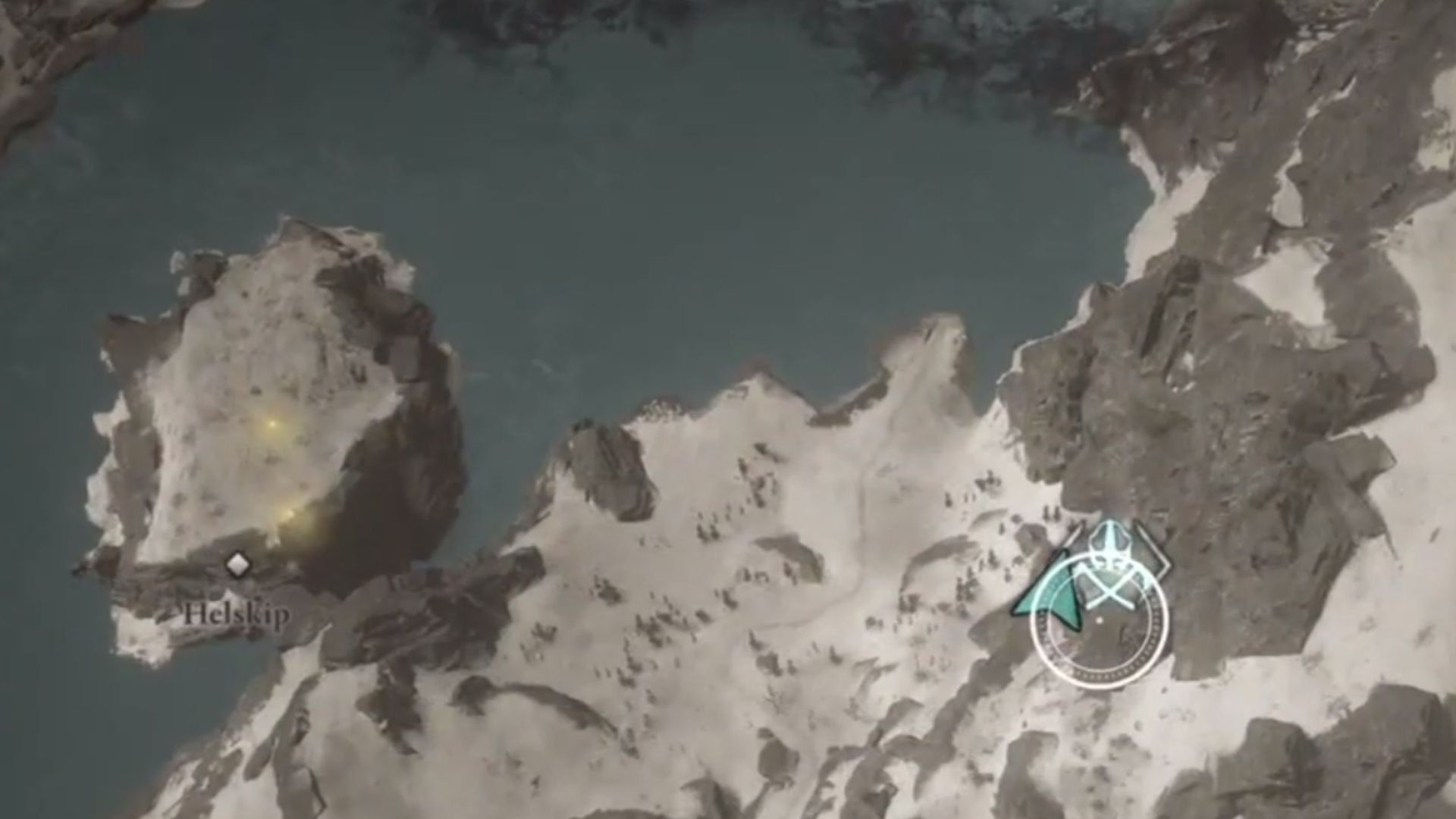 Orwig Neverdeath is located northeast of Ulriken Peak. Make your way over to the cliff face until you reach his hideout. Speak with him to begin the fight. This hardy Viking uses two gigantic shields to crush his opponents, so you’ll need to bypass his defense if you wish to claim a victory here.

In order to avoid being pummeled into oblivion, simply wait for Orwig to unleash his charged lunge and weave in some quick hits. Try to stagger Orwig with heavy attacks and position yourself in a way that Orwig is facing the cliff edge.

If you keep up your offense, Orwig will gradually keep backing his way up to the cliff. If done correctly, the mighty Viking will eventually fall to his death. This technique will cut the fight short and enable even the most underleveled players to best Orwig in combat. 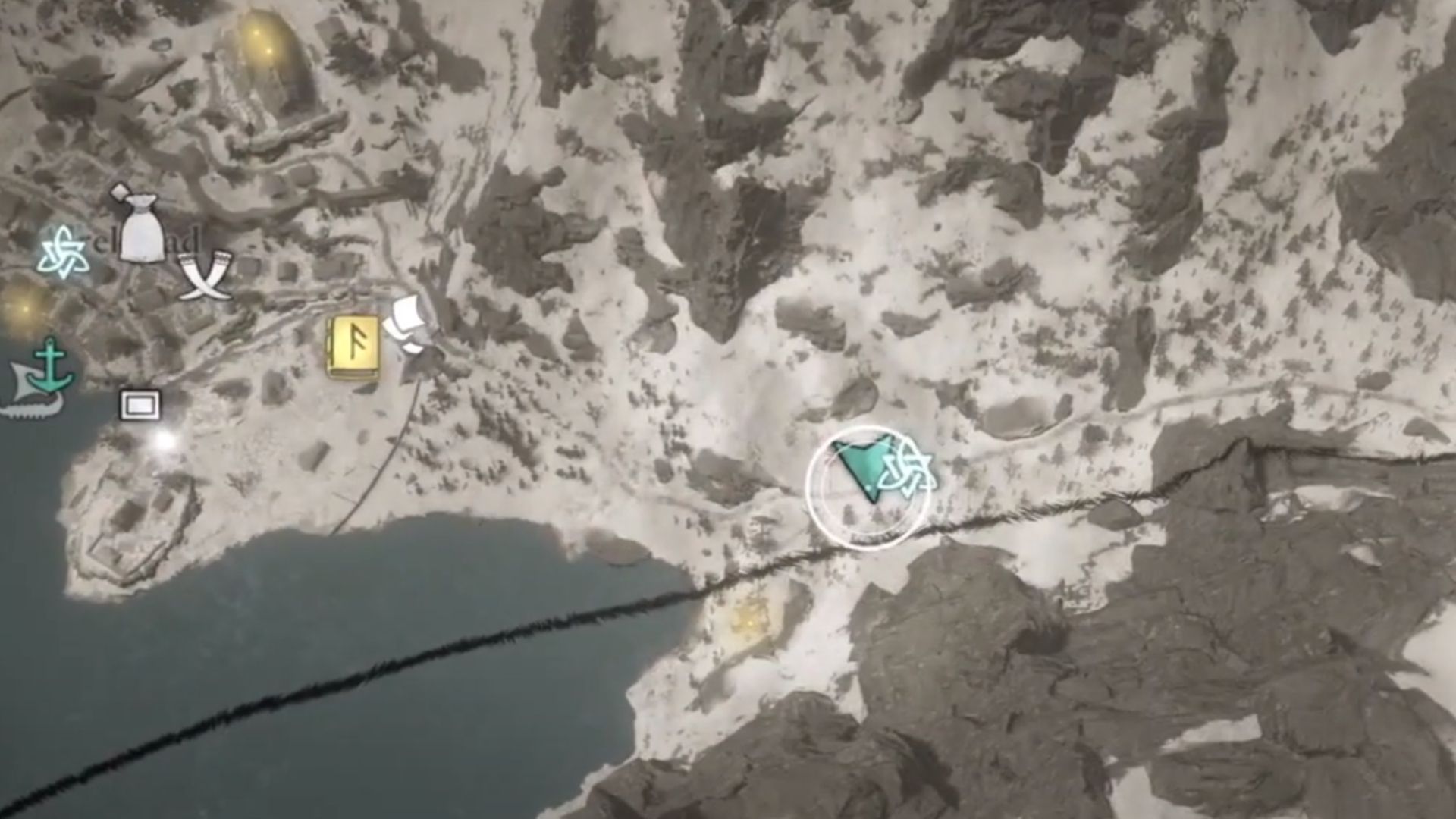 This mystery is located just southeast of Alrekstad. Simply follow the snowy path until you come across three play fighting children. Speak to the child wearing the metal helmet to begin the quest, then follow them to the dilapidated hut.

Four dummies have been placed outside the hut and you must strike each of them with your weapon. Once you’ve taken down your straw filled foe, it’s time to claim your well-earned prize. Head over to the right side of the hut and open the chest.

With your enemies obliterated and their camp in disarray, it’s time to head back over to the Kaija (child wearing armor) and announce your success. 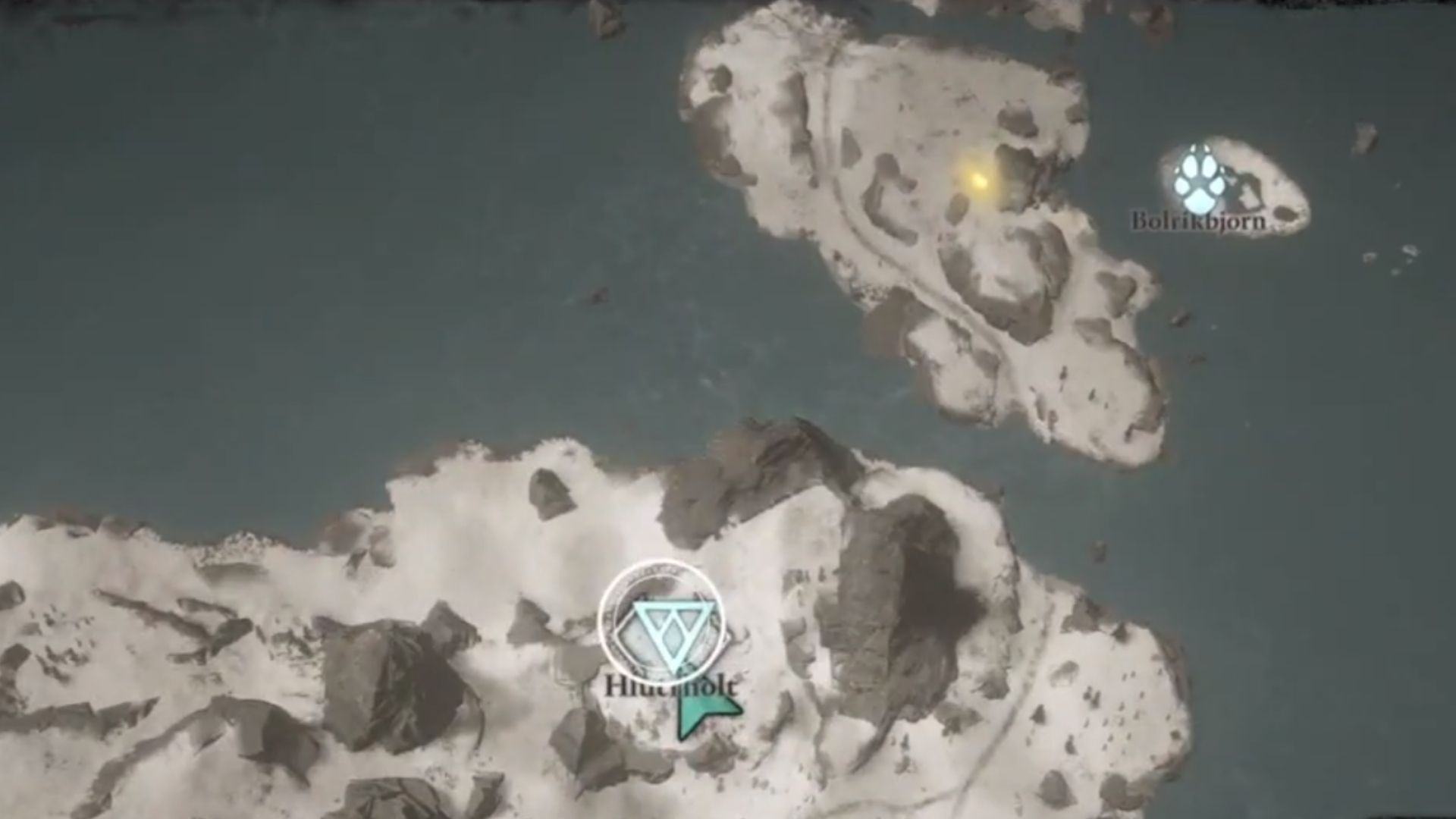 This mystery is found directly northeast of Torghatten Rock at a place named Hlutrholt. In order to access this Anomaly, you’ll first need to reach Assassin’s Creed Valhalla endgame content, so remember to come back here later.

To begin the trial, simply interact with the flickering shape and enter the Anomaly. Traverse the blue blocks and reach the top to complete the trial. 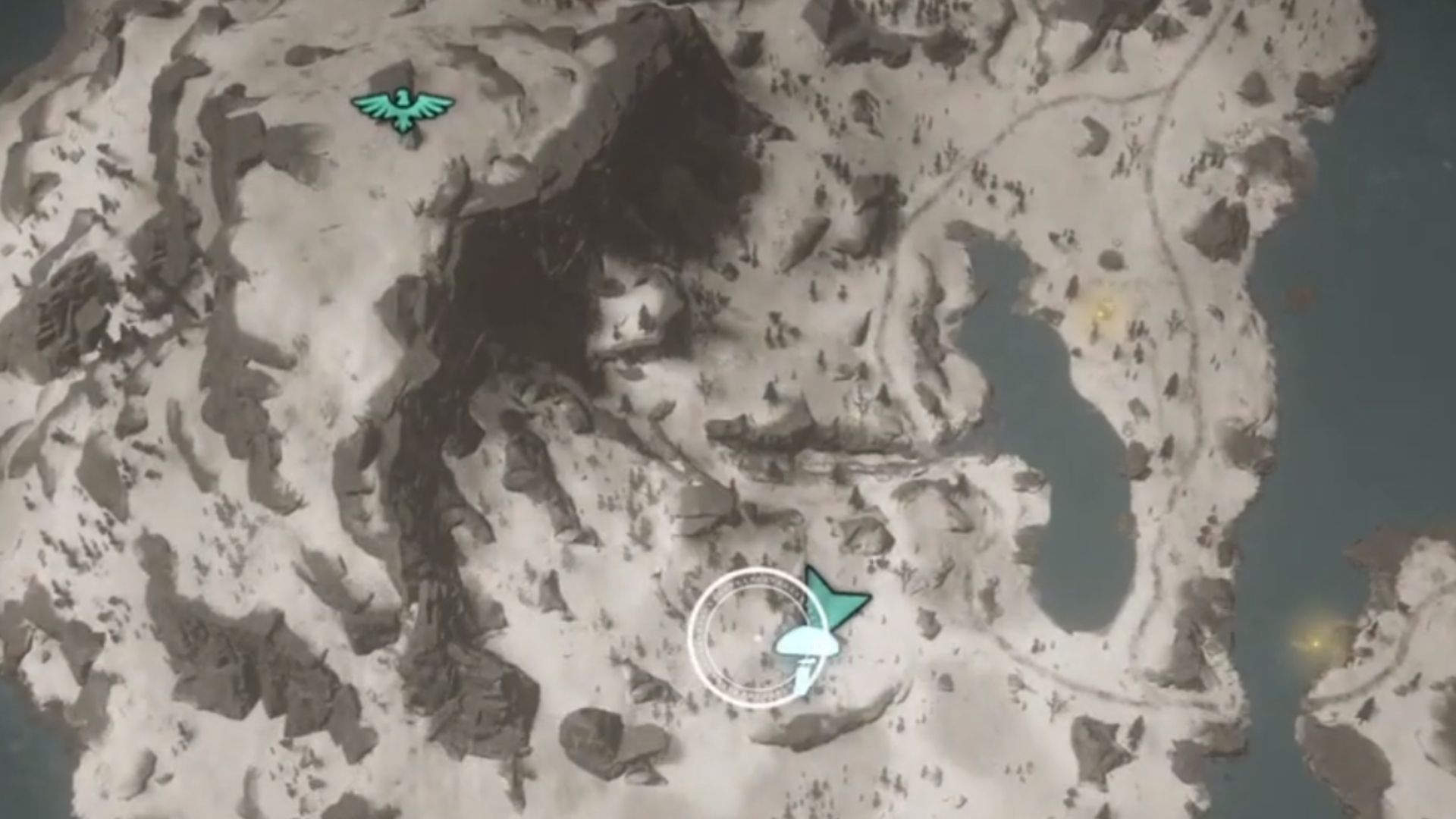 Head over to the mushroom marker on the southwestern section of the map and interact with the mushroom patch. The hallucination will spawn four enemies who you must defeat. Try to focus your attacks on one enemy at a time and pull them away from the rest of the pack.

The pyro user will constantly barrage you with scorching hot flames, which can prove potent when you’re locked into melee combat with the other three units. As a result, you’ll want to quickly dispatch him before targeting the other units.

Once the ranged unit is down, simply continue focussing on one target until only one of them remains. This will make the fight much more manageable and your success rate will drastically increase.

So there you have it, that’s every Hordafylke Mystery location and how to complete them. For more Assassin’s Creed Valhalla news and guides, stick with Dexerto.

Assassin’s Creed Valhalla is home to plenty of iconic weapons from both Norse and English legends, so it was only a matter of time before players discovered the legendary Excalibur sword.

Eivor is no stranger to wielding some incredibly powerful weapons – in fact, during your Viking adventure, you’ll encounter everything from flaming axes to Thor’s very own hammer. There’s certainly a lot of variety when it comes to choosing the perfect tool to dismember your enemies with.

While the game’s two-handed axes and razor-sharp swords prove lethal in their own right, the very best weapons are often those from legends.

Of course, obtaining these rare items can be a little tricky, especially when they are safely tucked away in secret locations. Not only does Excalibur look incredibly cool, but it’s also devastatingly powerful. If you wish to add this legendary sword to your arsenal, then follow our guide below.

How to find Excalibur

Excalibur is one of the coolest looking weapons in the game.

In order to wield this mighty sword, you’ll first need to locate all 11 tablets that are scattered across England. The 11 tablets can be found in the following locations:

Once you’ve solved each cavern’s puzzle and obtained the above tablets, you’ll need to hunt down the following three Zealots: 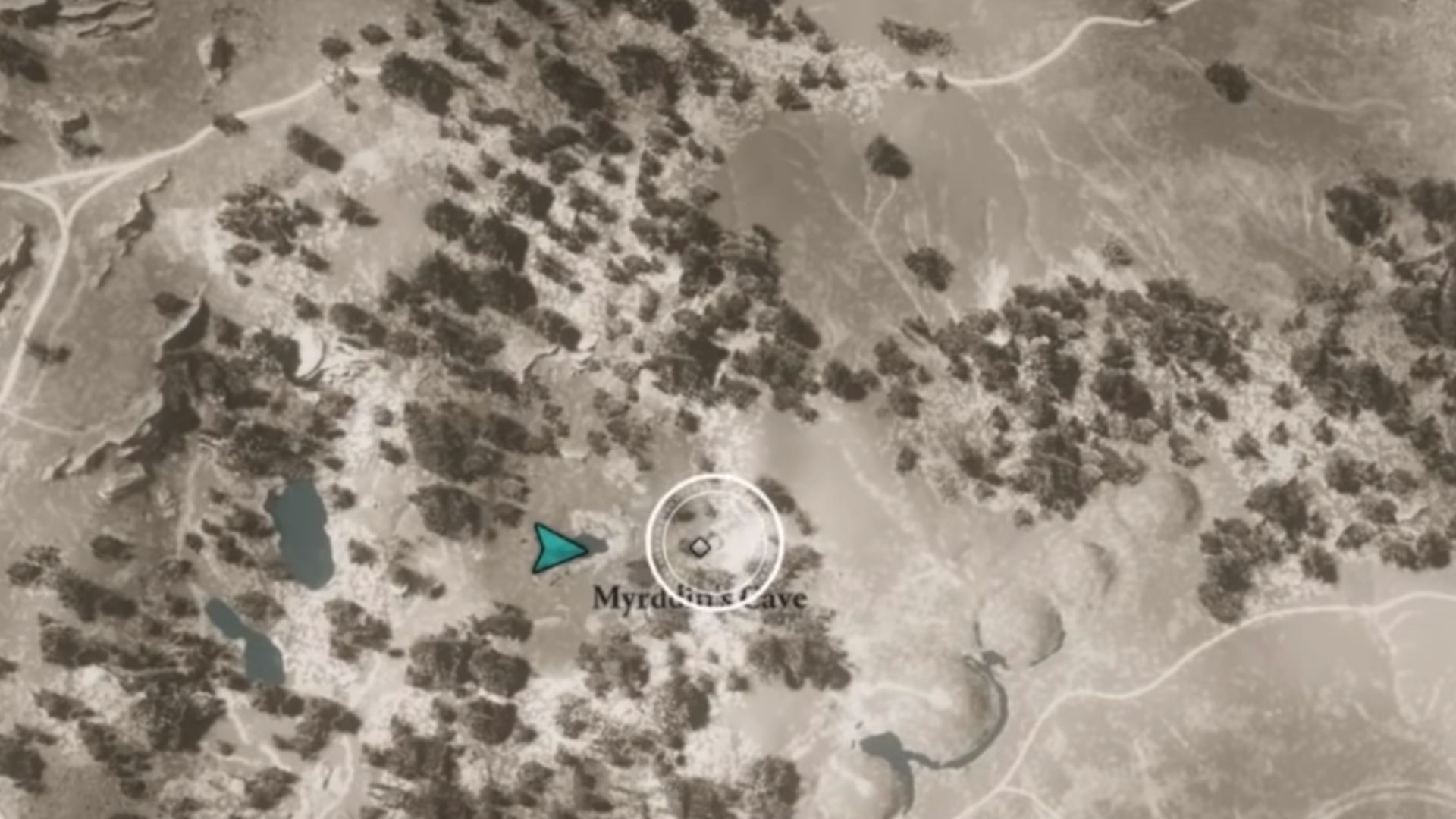 Myrddin’s Cave can be found in the following location.

Defeating the above Zealots will reward you with the final three stone tablets. Take your stony collection over to Myrddin’s Cave in Hamtunscire (northeast of Egbert’s Stone). Simply run to the end of the cave and insert each tablet into the stone pillars.

This will then enable you to pull Excalibur from its resting place and claim the legendary sword as your own. Excalibur has the following stats:

Heavy finishers and critical hits blind all enemies around you, making it a great weapon for those looking to deliver a lot of crowd control and damage. Pair this with any armor set that boosts your crit chance to constantly blind your enemies with flashes of brilliant light.