If you can’t get past the loading screen on Apex Legends, don’t panic – you’re not the only one.

Players have begun reporting issues with infinite loading screens and connection timeouts on February 21, as they attempt to get on for some matches Respawn’s Titanfall-inspired battle royale.

At the time of writing, the development team at Respawn hasn’t given any public updates, but a spike in reports have been received. 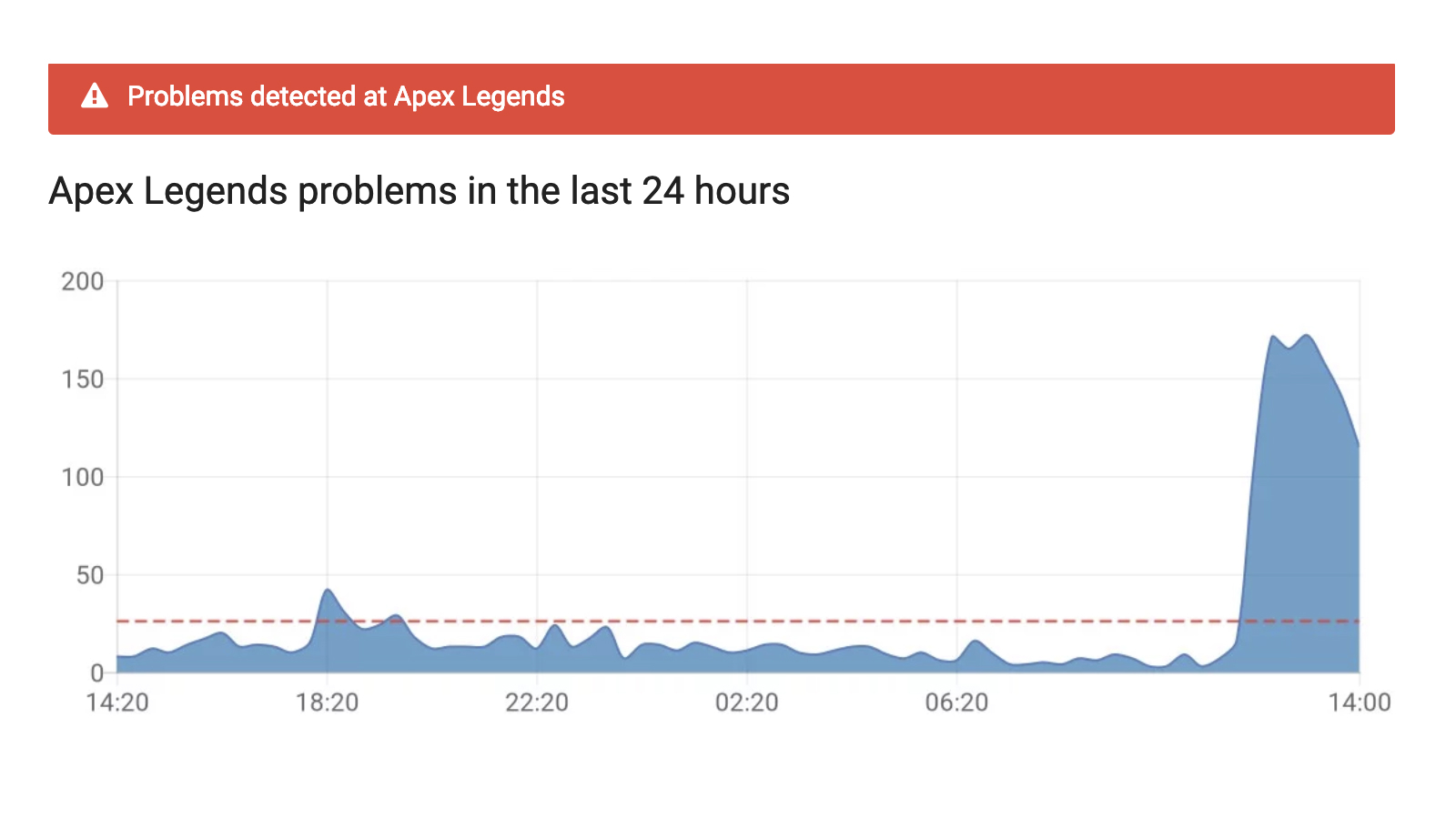 A spike in problems reported on February 22 (istheservicedown.co.uk)

The game’s servers have generally held on well throughout the game’s launch, but with over 25 million unique players (at last count), there’s a lot to be managed.

EA Help have confirmed on Twitter that they are investigating the issue on PC – no word if the issue is also present on consoles.

Having trouble connecting to #ApexLegends on PC? We're working on it and will update here when it's resolved.

Yo I can’t into the game! Any other with same problem? pic.twitter.com/MY6cft6rSZ

We will keep this post updated with more information as it becomes available, but rest assured Respawn are working hard to get Apex Legends back up and running.

Previous server outages have lasted no longer than a few hours at most, but with such widespread reports, this problem might be trickier than previous occasions.