Super Smash Bros Ultimate fans have been impatiently waiting for Nintendo to drop the curtain on the last remaining DLC in the original Fighter’s Pack, but with this new patch that debuted today, they’ll have to continue to wait.

While a new Super Smash Bros. Ultimate patch is usually cause for celebration and the community feverishly gets to work, this patch is not a big one.

The new 6.1.1 patch only adds functionality for the newly released Dark Samus and Richter Amiibos. As such, there are no new balance discussions to be had.

Since that’s the case, there’s no need to back up your data for replays created in patch 6.1, and these replays will still function perfectly fine in the new patch software.

Amiibos have a carry-over function from the original Smash for Wii U and 3DS, and allow you to train and raise a CPU-controlled character who will learn. So if you’re someone who likes to throw a lot of projectiles, the Amiibo will block more. The same goes for players who tend to rush down, their defense will get tighter. 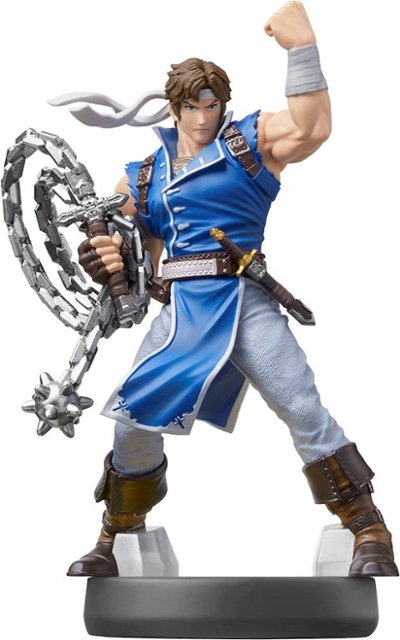 Richter and Dark Samus (not pictured) are the last two Smash Ultimate Amiibo from the game’s original cast to be released.

Eventually, especially in the high 90s in levels, the amiibo will become nearly invincible as it has an AI that you yourself have trained to counter your own tactics.

With the release of Richter and Dark Samus, the original cast of Smash Ultimate have all had their Amiibo released. Smash Ultimate’s DLC has yet to have amiibo announced with the exception of the Pirahna Plant.

Super Smash Bros Ultimate’s fifth DLC is expected to be announced at some point between now and the end of February, with the release window for said character in the same time period. The next Nintendo Direct will feature Pokemon on January 9, so it’s possible the last DLC is a new Pokemon from Sword and Shield.

However, Nintendo has previously stated that the Smash DLC would be from franchises that have yet to see play in the series, which would (in theory) prevent Pokemon from being included.