Where to find the 5 rarest Pokemon in Sword and Shield

The Galar region is littered with rare Pokemon to catch from Pikachu, all the way to Eternatus itself. With that we ask what are the five absolute rarest species in Pokemon Sword and Shield and where can you find them?

Trainers may have varying definitions as to what constitutes rare Pokemon. For the sake of clarity we are going to define it as whichever Pokemon has the least chance of spawning.

That will rule out ‘gift’ species or others that you can only see once in Pokemon Sword and Shield. So, the likes of Charmander and Eternatus, while of course rare, won’t be included here. 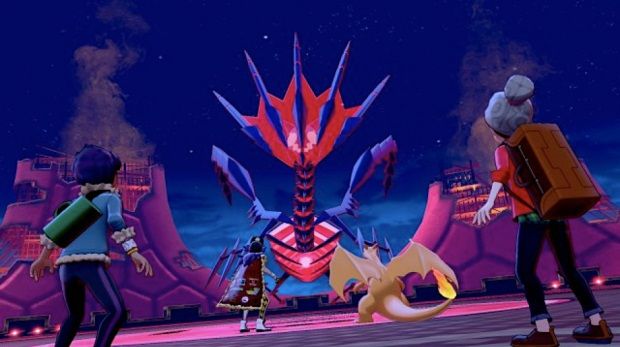 Pokemon like Eternatus can only be caught once during your journey…

Instead, we will purely focus species that have the lowest spawn percentage and also take into account how many areas within Galar you can find them. All of the listed Pokemon have an equal chance of being found in each of Pokemon Sword and Shield. Here are the 5 rarest.

Dreepy is one of the 81 new species added in Gen 8 and is the second hardest evolution line to find in Pokemon Sword and Shield. It evolves into Drakloak at the relatively high level of 50 before evolving into its final form, Dragapult, at level 60.

It cannot be found in the overworld so you’ll have to do quite a bit of searching to find it. At best it will spawn 2% of the time at the Lake of Outrage in Thunderstorm or Heavy Fog weather. You will need to defeat Leon before the Heavy Fog weather condition is unlocked, though. 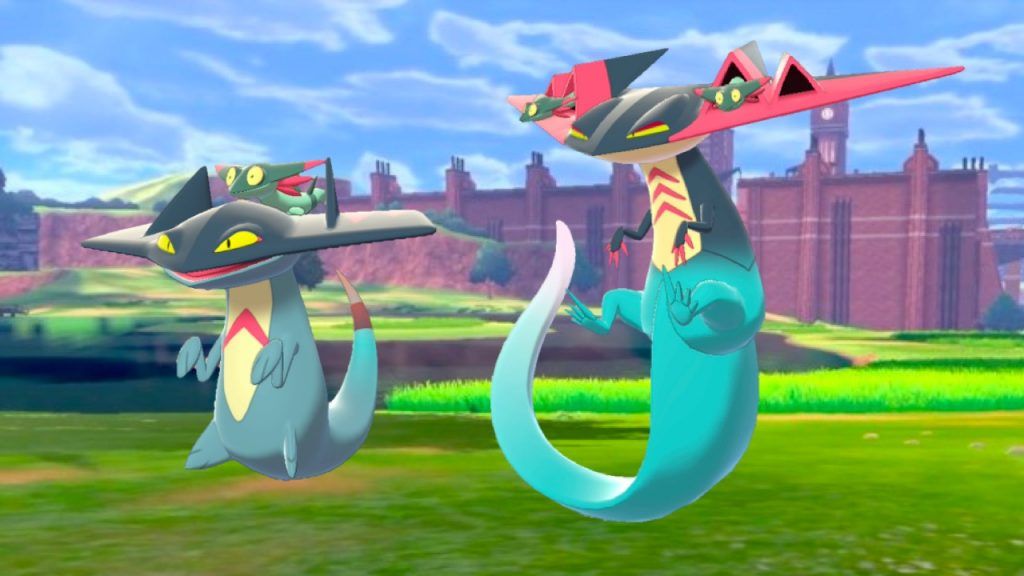 Drakloak (left) can also be found in the wild but is ultra rare, too.

Dreepy can also be found, once again in the Lake of Outrage, in Overcast conditions. However, it will be even harder to find as it only spawns 1% of the time. The dual dragon and ghost-type will spawn between the levels of 50 and 52.

If you thought 2% was low odds then even at number four on our list we’re already down to 1% spawns. There is just a 1 in 100 chance of spawning Sizzlipede. However, it has the chance to spawn in all weather conditions across Route 3.

Like Dreepy, Sizzlipede is a brand new Pokemon to the series. Despite its low spawn rate it’s actually not a particularly powerful species – just one Game Freak decided to make challenging to find.

The fire and bug-type evolves into Centiskorch at level 28. You’ll have to spend the time trying to find Sizzlipede as, unsurprisingly, Centiskorch can’t be found in the wild at all.

Update: Somewhat of a cheat method has been found which makes Sizzlipede spawn at a whopping 50% of the time. All you need to is catch a Vulpix (Dusty Bowl or Hammerlocke Hills in Intense Sun) with the move Flash Fire.

Put it into your first Pokemon slot and if you’re on Route 3 then your chances of finding Sizzlipede have increased by 50 times!

Dhelmise was first introduced to the world of Pokemon in the Alola region. While Dhelmise is also a 1% spawn, it can be found over quite a large area of the map and its spawn isn’t restricted by a particular weather condition.

While ultra-rare, it is still an overworld spawn. This means instead of having to encounter Pokemon one at a time you’ll have the luxury of simply seeing if it appears in front of you. One way to quicken the process is to leave and re-enter Route 9 until you see one. 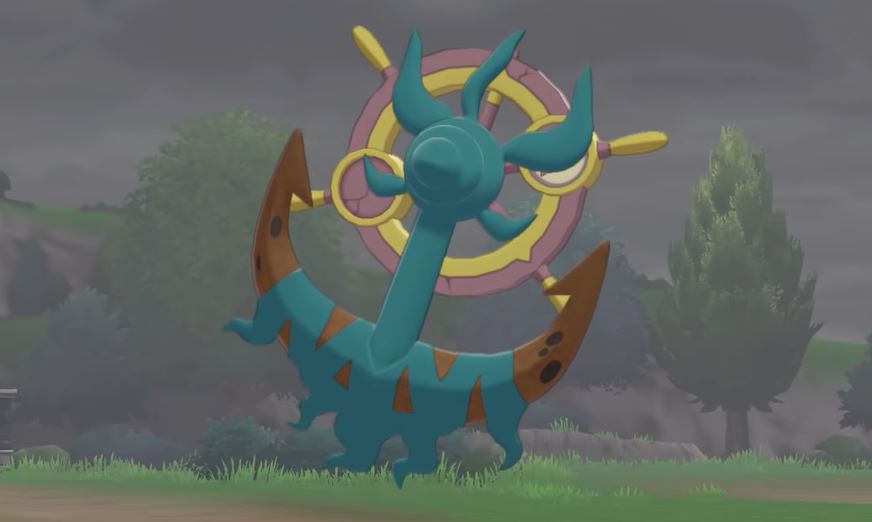 Dhelmise will only appear in the Pokemon Sword and Shield overworld…

Lapras is a fan favorite but you’ll have to spend a bit of time to find one. Its another 1% spawn which can only be found when fishing in Circhester Bay in Route 9 (Level 39 to 43).

Much like Sizzlipede though, there is a much quicker way to find one, albeit in different circumstances. It can be found as a special encounter in the Lake of Outrage, North Lake Miloch and West Lake Axwell. This is easier to find and will give you the chance of adding a level 60 Lapras to your team, although it is a one-off spawn.

And that brings us to little old Feebas, the rarest Pokemon in Sword and Shield – at least according to wild spawn odds. In truth any of the top three could have had taken the number one spot. As Feebas can only be found in the wild though, we decided to bestow this accolade upon it.

Feebas spawns 1% while fishing anywhere in Route 2. Its the Gen 3 equivalent of Magikarp who is useless in the main but does have a super-powerful evolution. Milotic, Feebas’ evolved form, can also be found in the wild.

Think we’ve missed any super rare Pokemon off the list or struggling to find any others yourself? Message us on our Pokemon Twitter channel and let us know!