When one Pokemon Go community day finishes, rumors for the next start. Here is what we can expect for the Pokemon Go March 2019 Community Day.

The overwhelming favorite to headline the Pokemon Go March 2019 Community Day is Treecko. Unless Niantic decide to swerve Pokemon fans, then logically Treecko is the front-runner.

Niantic’s pattern for community days is well established at this point. Community days alternate between starter and non-starter Pokemon. This pattern has remained consistent since community days started in January 2018.

Treecko is the grass-type starter Pokemon from generation 3. Some Pokemon Go trainers might query why fellow gen 3 starters Torchic and Mudkip won’t headline.

To date Niantic have had the grass-type starter of each generation headline first. More importantly, however, is the fact that the grass-types appear in the Pokedex before. Torchic and Mudkip will almost certainly feature in subsequent months. 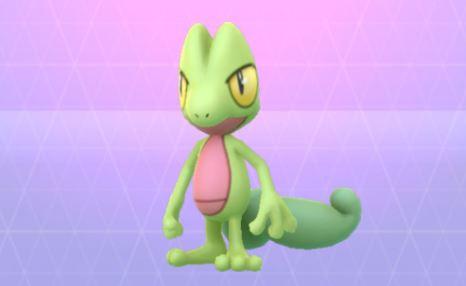 Treecko does look all but confirmed, but, as stated, Niantic might change things up to keep Pokemon Go trainers guessing or simply because of a change of strategy.

Some Pokemon Go players have gone out on a limb and suggested Niantic will skip to the gen 4 starter Pokemon. Consequently, Turtwig would headline.

Three-hour long lures have appeared in all but one of the community days so far. Therefore, it is very likely three-hour lures will be one of the bonuses. After all, it does fit well with the event duration being three hours.

Other bonuses have previously been a combination of catch XP, catch Stardust and reducing egg hatching distance. Catch XP hasn’t featured as a bonus since December, so perhaps logically this will feature in March. However, in truth, without having inside information (yet) it isn’t possible to know.

The more recent Pokemon Go community days have been held on the second week of the month. Therefore, March 9 is probably the most likely date. Alternatively, the following Saturday, March 16 is a possibility.