True to form, Niantic have announced another surprise Pokemon Go event. This one is a limited research event featuring the previously unseen Clamperl.

Pokemon Go events have been plentiful so far in 2019. This latest one comes in the form of a limited research event whereby there is a three-hour window to conduct the research.

This is a similar format to the monthly Pokemon Go community days. However, the featured Pokemon won’t just appear more frequently but you’ll need to work for it by completing the research.

This is the second occasion that Niantic have done a limited time research event. The first came back in January, where Feebas featured. This could be indicative that these events will be monthly going forward.

The Feebas event somewhat underwhelmed, however, the second Pokemon Go limited research event offers more in the way of bonuses. Those bonuses are as follows: 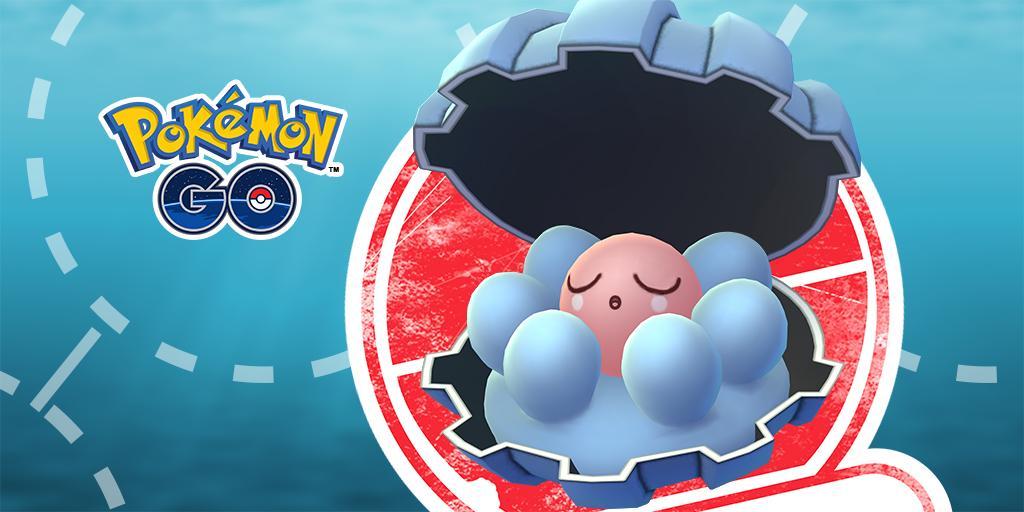 The Clamperl event will take place this weekend on February 23 (February 24 in Asia Pacific).

Serebii Update: Clamperl's evolution into Gorebyss and Huntail will be random. You won't know which one until you evolve it https://t.co/NWlAdn57aQ

The water-type Pokemon, Clamperl, was first introduced in generation 3. In Pokemon video games it first made an appearance in Pokemon Ruby and Sapphire. Clamperl can evolve into either Huntail or Gorebyss.

Many Pokemon Go trainers were unsure whether Clamperl evolves using a similar method to what it does in the mainline video games or whether it is random. According to renowned Pokemon site Serebii, Clamperl’s evolution will indeed be random.

Therefore it would be wise to catch as many Clamperl as you can during the event window. Wurmple is another Pokemon whose evolution is essentially random.