Heatran is returning to Pokemon Go Raid Battles after it was first introduced in late 2018. Here’s how to defeat the Gen 4 legend.

It will replace Virizion as the featured Pokemon in five-star Raid Battles. If you’re really lucky, you may even encounter it in its shiny form.

Let’s take a look at how powerful the dual fire and steel-type legend is. Its stats certainly aren’t mind blowing but does appear to have the edge on the Swords of Justice, who were featured throughout November and December, at least in terms of their ranks.

The Lava Dome Pokemon is vulnerable to water and fighting-type attacks but has an extra weakness ground-types, as both its types are weak against it. However, it is resistant to a lot of types, too. Bug, fairy, grass, ice, poison and steel will all only deal 39.1% damage.

? Heatran has returned to five-star raids! If you’re lucky, you might encounter Shiny Heatran! ✨ With a body made of rugged steel and blood that boils like magma, the Lava Dome Pokémon might find a niche in your battle party as a bulky Fire- and Steel-type attacker. ? pic.twitter.com/gp6RnzpjBN

Given its clear vulnerability, it will come as no surprise that ground-type Pokemon dominate the best counters list.

Excadrill may not be the strongest defensively but is the best option when it comes to dealing out damage in the quickest time possible (DPS). Ideally you want it to have Mud Slap and Drill Run as its moves and its steel-type alternatives.

The Gen 3 legend, Groudon, is also a supreme counter option. It is a pure ground-type Pokemon but a little annoyingly it doesn’t always have the ground-type moves you’d like, especially in this scenario. 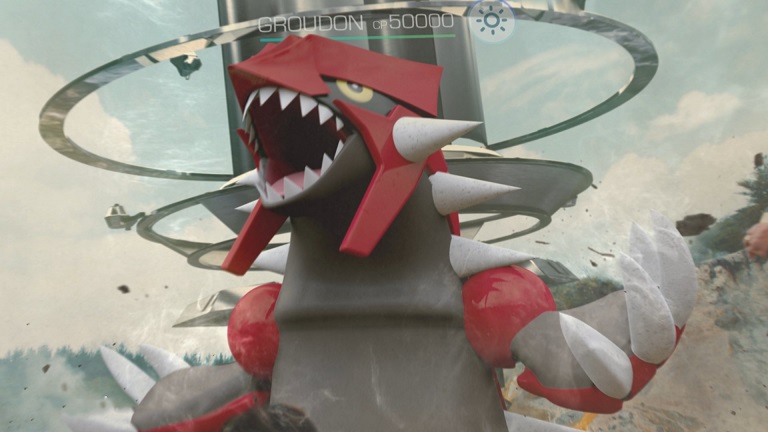 Groudon is one of the best counters to battle Heatran…

It’s essential it has Mud Slap at its disposal and not Dragon Tail as the difference in effectiveness is massive. The same can be said with its charge move whereby the usually powerful Solar Beam, and to a lesser extent Fire Blast, aren’t moves you want to be using against Heatran. Instead you’ll want it to have Earthquake, although having both of the optimal moves is rare.

Garchomp is another excellent choice but isn’t the commonly possessed Pokemon. If you do have one, like Groudon, you’ll want its ground-type moves again – being Mud Shot and Earthquake.

Golurk and Rhyperior are two other decent options but lack the defensive stats to survive long enough to deal the damage you’d want.

As five-star Raid Battles go, Heatran is a relatively easy Pokemon to take down due to its super weakness to ground-types. You just want to make sure the aforementioned Pokemon have ground moves to utilize.