The first official Pokemon Go event of 2020 is live. The Adventure Sync Hatchathon brings an array of features and bonuses but there is confusingly one major omission.

Most trainers will look at a Hatchathon event and assume the main bonus of the event would be some form of egg hatching discount. However, shockingly to some, there is no such bonus.

Long time Pokemon Go trainers will perhaps have been aware of this, as the 2018 and 2019 Hatchathon events were also missing this particular bonus. It may also have something do with that there was a recent egg hatch distance discount as part of the 2019 Holiday events. 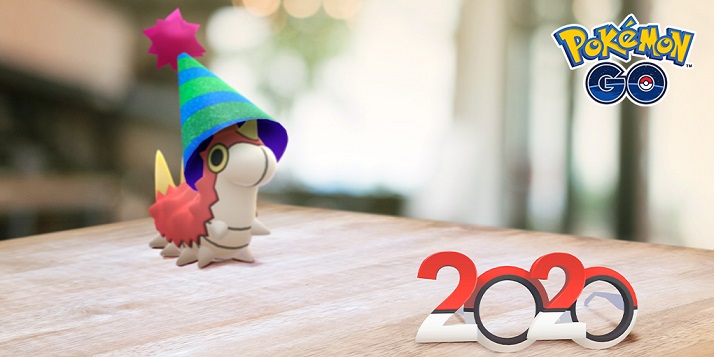 Pokemon in raids, eggs and in the wild will show up with party hats during the event…

While some players will be disappointed by the lack of a bonus, the event does offer various other features and rewards. The features all surround Pokemon wearing party hats, so if cosmetic changes aren’t your thing, you can skip right ahead to the bonuses!

The features are as follows:

You may have to walk the full distance to hatch those eggs, unless you’re using a Super Incubator of course, but when you do hatch them, you’ll reap the benefits.

There’s 2x Hatch Candy and 2x Hatch Stardust for the duration of the event. Finally, there’s also a reward for walking 50km: 50,000 Stardust, 15 Rare Candies, and a guaranteed Unova Stone.

The 2020 Pokemon Go Adventure Sync Hatchathon event is live now and will be available until January 16, 1pm PST (4pm EST and 9pm GMT). There’s more events to look forward to in January, too, with Heatran returning and new Gen 5 species confirmed to be introduced.