An Overwatch player has discovered the perfect way to counter the Symmetra teleport strategy on Hanamura.

Symmetra’s teleporter ability has played a huge part in Overwatch matches, allowing the hero to transport allies to almost any visible location.

The ability is especially useful on maps like Hanamura, where creative teleporter positioning allows a team to get the jump on their opponents, or massively speed up their progress.

Normally on Hanamura, the teleporter would be fairly difficult to deal with. However, Reddit user Semisour found the perfect way to stop the tactic in its tracks. 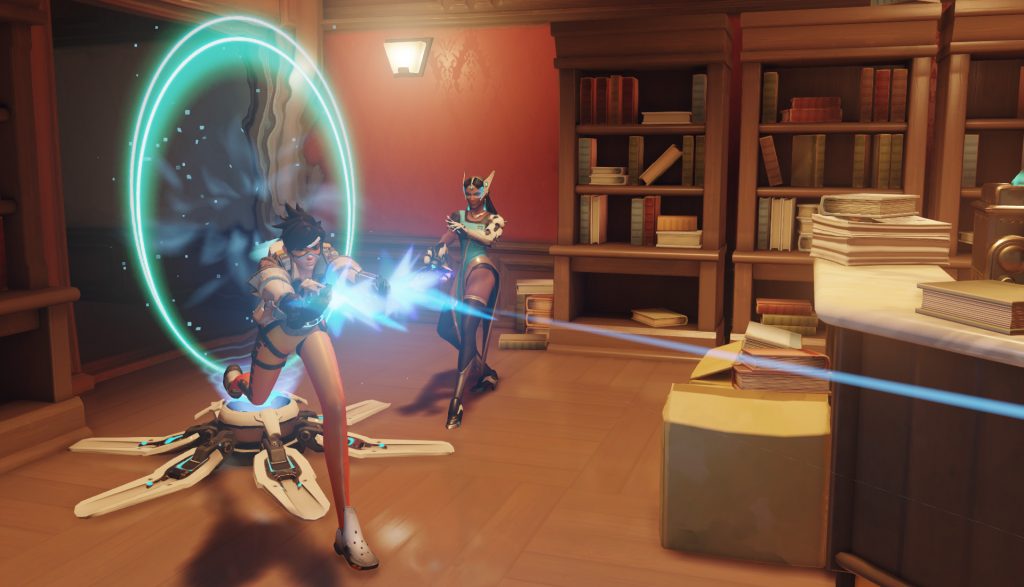 Symmerta’s teleporter allows allies to travel to almost any location.

Semisour’s opponents had just taken objective and were on their way to pull off the classic Symmetra teleport. This tactic allows them to quickly close in on the second objective and bypass most of the map – it can be a game decider.

However, the defender, playing Winston, couldn’t let that happen and charged in with their ultimate. Right as Symmetra placed the portal down they reached the enemy team, instantly knocking three of them off the map and shutting down the push.

I accidentally found out how to counter Sym teleport strat on Hanamura. ? from r/Overwatch

It was a simple yet genius move, as the strategy requires players to stand precariously close to the edge, and they were punished for it.

Other Reddit users were impressed by the play, but also focused on the end of the highlight clip, where Semisour attempted to jump over a large gap in the map.

It would have been hilarious if they managed to make such a great play only to fall to their doom, but they assured users they were able to make the jump.

Comment from discussion I accidentally found out how to counter Sym teleport strat on Hanamura. ?.

The round likely ended with a defender victory, as there were less than two minutes left on the clock, and it would take a while for the attackers to respawn and put up another attack.

Semisour managed to save the game with an incredible move and, who knows? Maybe it will become the go-to defense tactic.