A new Overwatch patch dropped on October 24 providing access to a series of new Warcraft-themed rewards and a much-needed fix to Ashe’s Warlock skin.

When Ashe’s Halloween Terror skin was revealed, the Overwatch community was impressed with its detail – not just with the female outlaw, but her Omnic butler B.O.B too.

However, despite the skin’s design being well-received, many complained that the crosshair when aiming down sights was too obtrusive and made it difficult for players to see what they were aiming at. 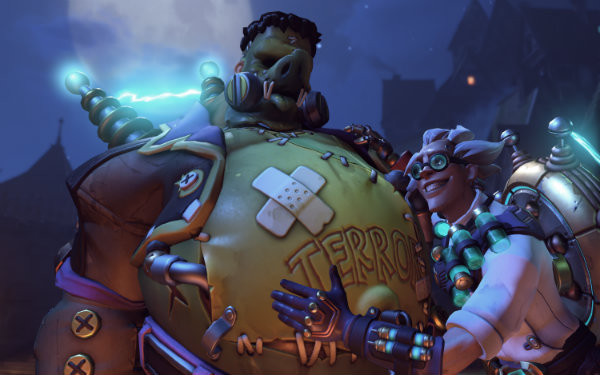 Game Director Jeff Kaplan revealed on the Overwatch subreddit that the issue was being looked at and now it appears to have been fixed in the recent October 24 update.

A post on Competitive Overwatch shows the crosshair no longer blocking the player from seeing what’s nearby.

Additionally, the patch introduced a series of new rewards to those who purchased Warcraft III: Reforged Spoils of War Edition.

In total there are five unique player icons and four animated sprays that can be used to shine on the battlefield.

The full patch notes are below.

If you’ve purchased the Warcraft III: Reforged Spoils of War Edition, a flurry of new rewards will be available to you!