The Spanish-speaking streamer may have only recently made the plunge to Twitch, but he has a massive social media presence with over 2.5 million followers on Twitter, 3.8 on Instagram and a whopping 11.5 million on YouTube.

According to the third-party stat-tracking site TwitchMetrics, Grefg already cracked into the top 150 most-watched channels on the platform. Additionally, he has the 4th most-watched Spanish channel and in his short time on the site, become the top Spanish Fortnite channel overall.

In October, the Spanish superstar has gained 514,938 followers taking his total to nearly 650,000. Previously, the YouTube star had a bit over 100,000 which were likely accumulated over the 6 years account existed.

By contrast, the second-biggest
rising streamer is Rubius with 259,450 followers gained and 69 hours streamed. Grefg, on the other hand was live for only 40 hours in October at the time of this posting with most of his time spent streaming Fortnite. 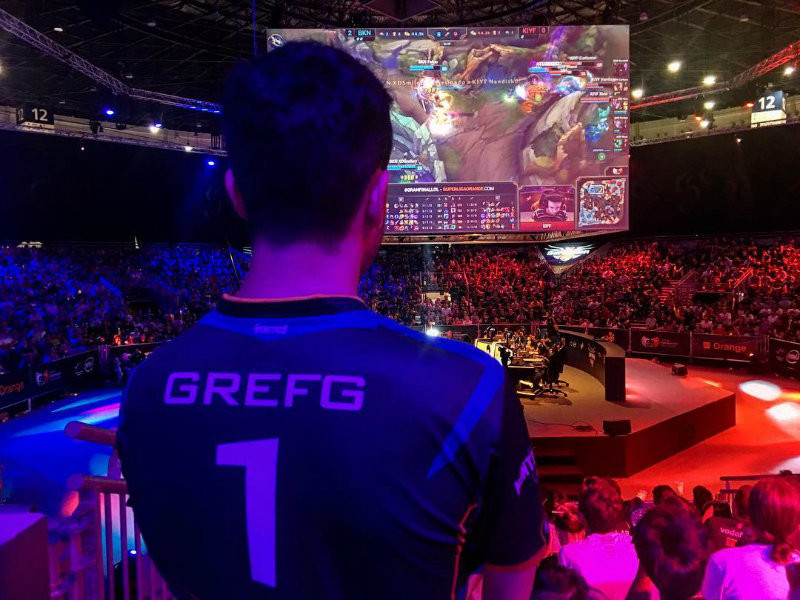 Grefg made a name for himself on YouTube before streaming on Twitch.
[ad name=”article3″]

Grefg first started making gaming videos on YouTube in 2012 with a series of Call of Duty Modern Warfare highlights. He then expanded to Black Ops 2, Ghosts and subsequent CoD titles that helped grow his channel over time.

Eventually, the rising star set his sights on Fortnite which helped propel his growth even higher. In fact, his top 6 most-watched videos are all Fortnite-related.

His most popular YouTube video “EL MEJOR JUGADOR DE FORTNITE (NO ES NINJA)” or “THE BEST FORTNITE PLAYER (NOT NINJA)” has over 17 million views.

Not all of his videos are to do with gaming either. Of note, his reaction to the Dragon Ball Super episode where series protagonist Goku unlocks the Ultra Instinct form has been viewed over 7 million times.

In 2017, Cánovas was announced as a co-owner of the Spanish esports team Heretics, a testament of his commitment to esports.

Following this, in 2018 he published a book, “Los secretos de YouTube” which translates to “The secrets of YouTube” in which he discusses his growth on the platform, the advantages and disadvantages of being a star and how people can make themselves known.

Now, the established YouTuber and Instagram sensation is set on conquering Twitch. The sky is the limit for the Spanish celebrity and it’s anyone’s guess how far he will climb.