Overwatch Twitch streamer ToxikLlama_ was overcome with embarrassment after he accidentally showed his YouTube history to the world.

The 13-year-old streamer was skirmishing as Lucio on Illios while waiting to find a game. After three minutes had elapsed, the support player decided there was only so much wall-riding he could do before getting bored and went to pull up an episode of Live PD on YouTube.

Live PD is a television program that features police interacting with the public while cameras roll. It has proven to be very popular amongst top streamers such as Felix ‘xQc’ Lengyel who enjoy watching the show with their chats. 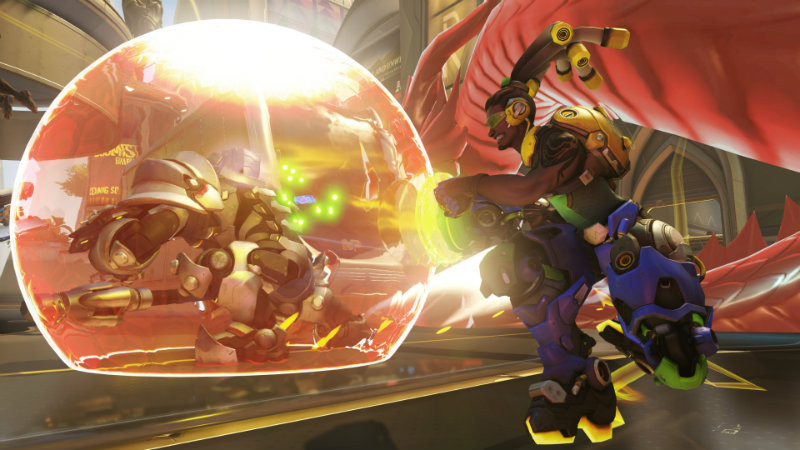 ToxikLlama_ would have rather watched Live PD than skirmish in Overwatch.
[ad name=”article2″]

“I’m watching Live PD,” ToxikLlama said after jumping off the map to his death as Lucio.

He repeated the statement three times while pulling up YouTube. Rather than search for the show, however, the Miami-based streamer tried finding it on his home screen resulting in some videos he didn’t want his stream to see popping up.

“Where is it? Where is it? I saw Live PD. Oh my God, can you stop showing my history!” he screamed.

As he scrolled down, some very questionable videos appeared in the feed. One titled “They’re Just relaxing” had a questionable thumbnail from the anime Nande Koko ni Sensei ga!? (Why the Hell are You Here, Teacher!?) with a girl sitting on a man’s lap.

The other weird thumbnail was from a video called “Bathing~” and it too featured an anime-themed image.

“I’m done,” Toxik cried as he exited the page and went back to Overwatch, but not before his chat already saw the videos. “It keeps showing my f***ing history, dude. Stop talking about it.”

“It comes up in my history, dude,” he added as he finally searched Live PD and found a video to watch.

The 13-year-old streamer’s channel has been growing slowly since reaching the minimum age to be allowed to broadcast on the platform. As of this posting the FPS player has a total of 96 followers.

Everyone has to start out somewhere and time will tell whether Toxik can rise through the Twitch ranks.