Six 95 overall players were released Monday as part of the Zero Chill Program, creating some much needed upgrades to fan-favorite players.

Players can pay 5,500 “snow” to acquire a random auctionable version of the six, or 2,750 snow for a similarly random NAT (non-auctionable/tradable) item. 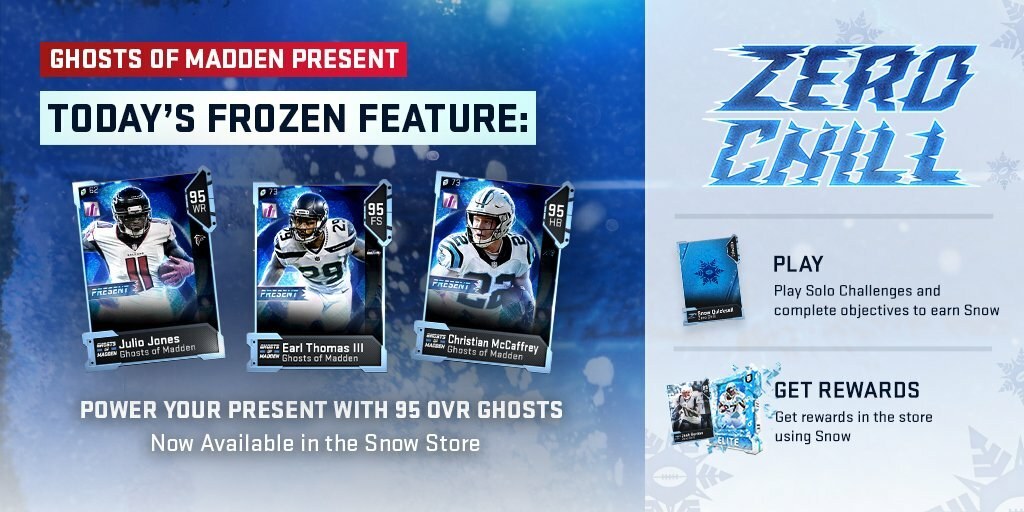 Xavier Rhodes figures to be one of the most sought after cards of the group given his respectable 91 speed and excellent coverage stats (95 man, 94 zone, 95 press).

Given his highest overall prior to Monday’s release was a 92 overall card available in September, it makes plenty of sense to see Rhodes get a new upgrade despite a disappointing 2018 season in the NFL (41 tackles, one interception). 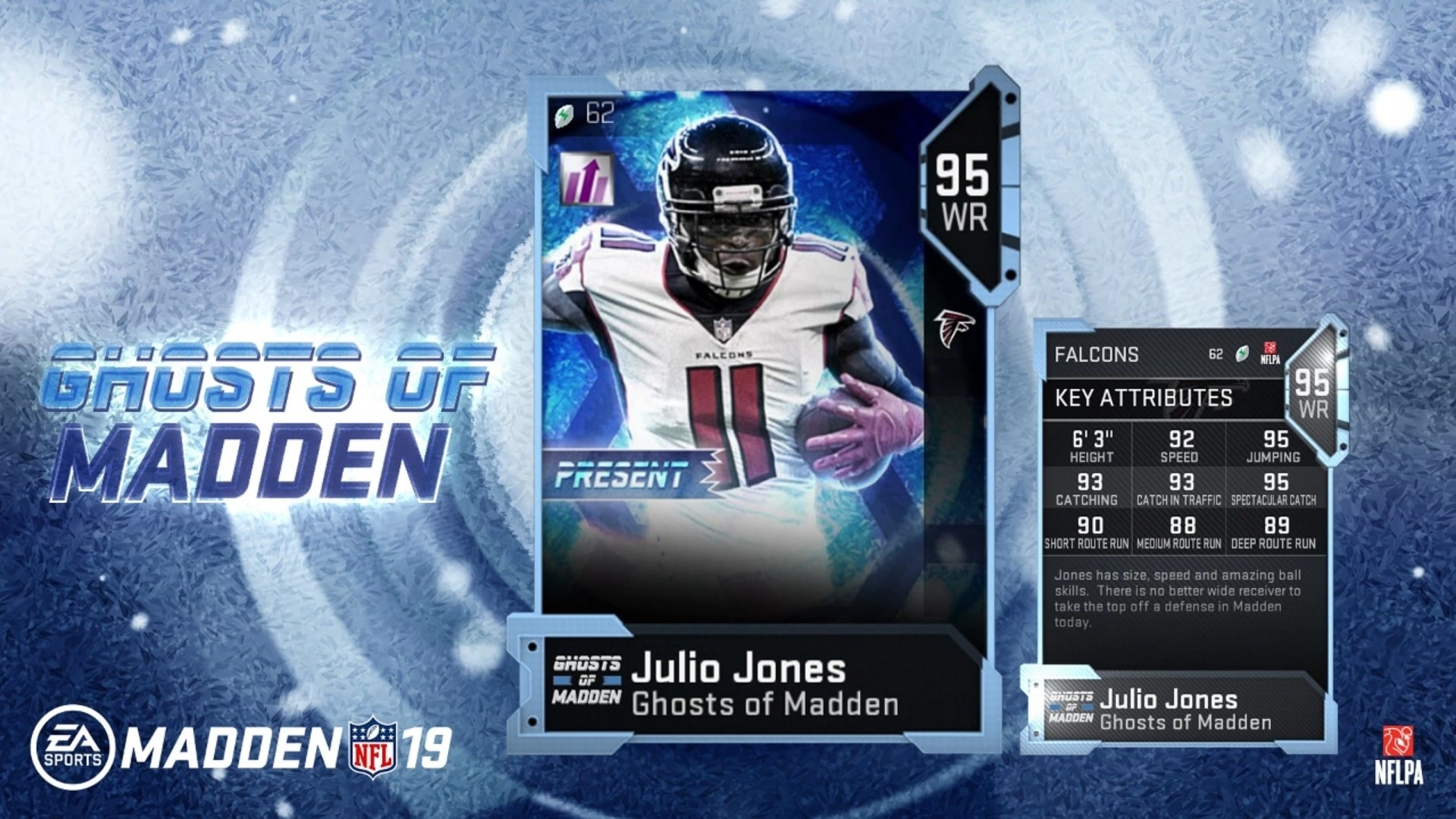 Julio Jones is yet another card that hasn’t seen an upgrade since his 92 Team Diamonds card that launched with the game, but that thankfully changes as part of Ghosts of Christmas Present.

It’s a bit bizarre that Jones had not received an upgrade despite leading the NFL in receiving for much of the season, but the decision to wait till mid-December means that Jones is arguably the best non-Legends receiver 6-foot-3 or taller available at the moment.

Much like Rhodes and the soon to be mentioned Lane Johnson and Earl Thomas, Jones is one of just 33 cards that gives x3 team boosts, which is reason enough for theme teams to invest in the Falcons’ star wideout.

Thanks to a dearth of available options, Johnson’s 92 overall Team Diamonds was already one of the best right tackles in the game, and December 17’s upgrade should further cement his status at the position. At least 92 in every relevant blocking statistic available, it’s not a question as to how good Johnson is, but how good he is relative to his exorbitant price (over 800,000 coins). 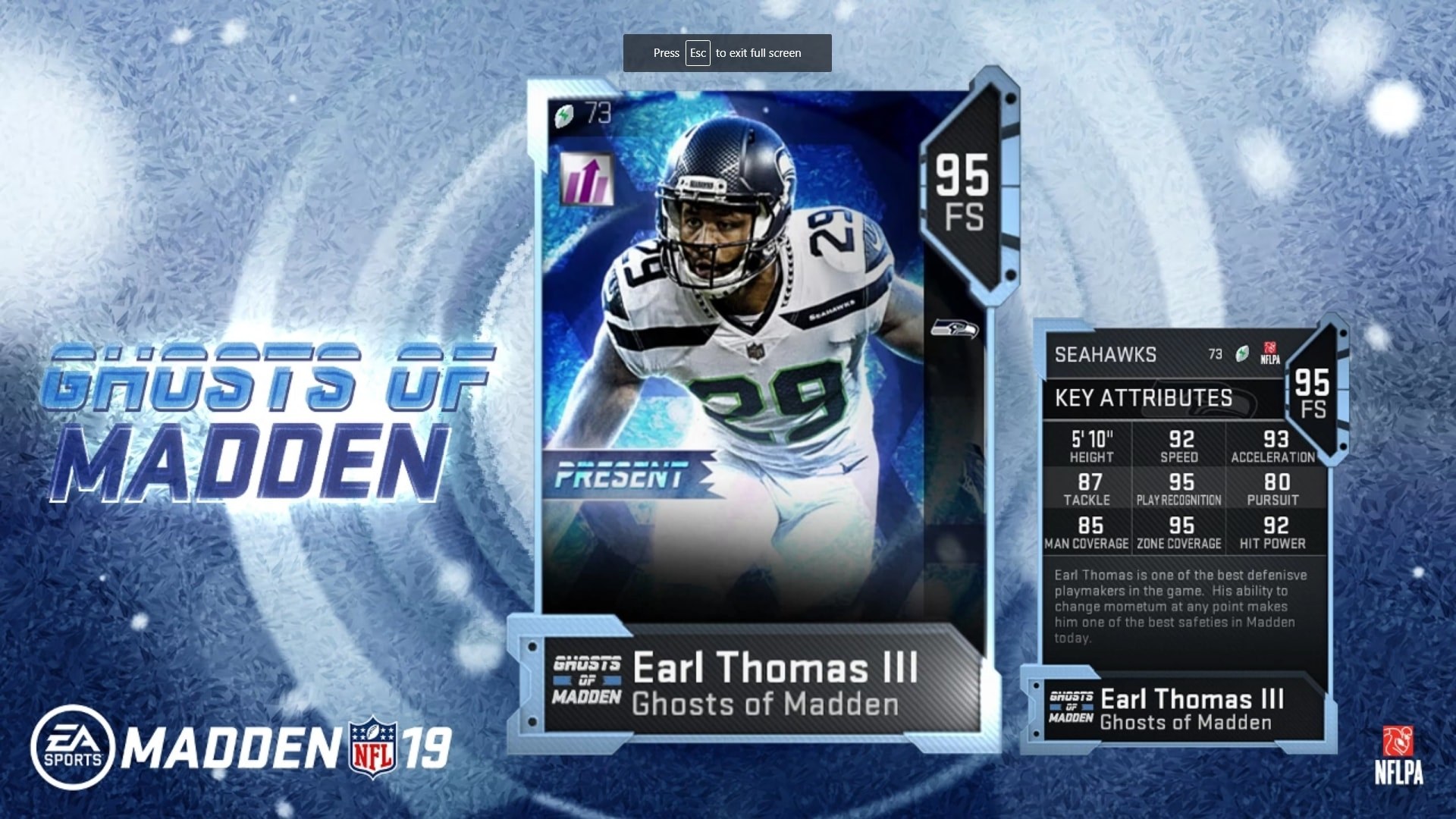 Earl Thomas rounds out the players who received their first upgrades since Team Diamonds.

Of the three most popular free safety options, Thomas is faster, a better catcher, sports significantly better zone coverage and is even a better tackler than the likes of 93 overall Gauntlet Sean Taylor and 94 overall Team Diamonds Ronnie Lott.

However, as is the case with any Thomas card, height becomes an issue, as he measures in at 5-foot-11 compared to Taylor (6-foot-2) and Lott (6-foot-0). If you can look past that difference (pun intended) it’s hard to argue Thomas’ position among the top of the pantheon at FS. 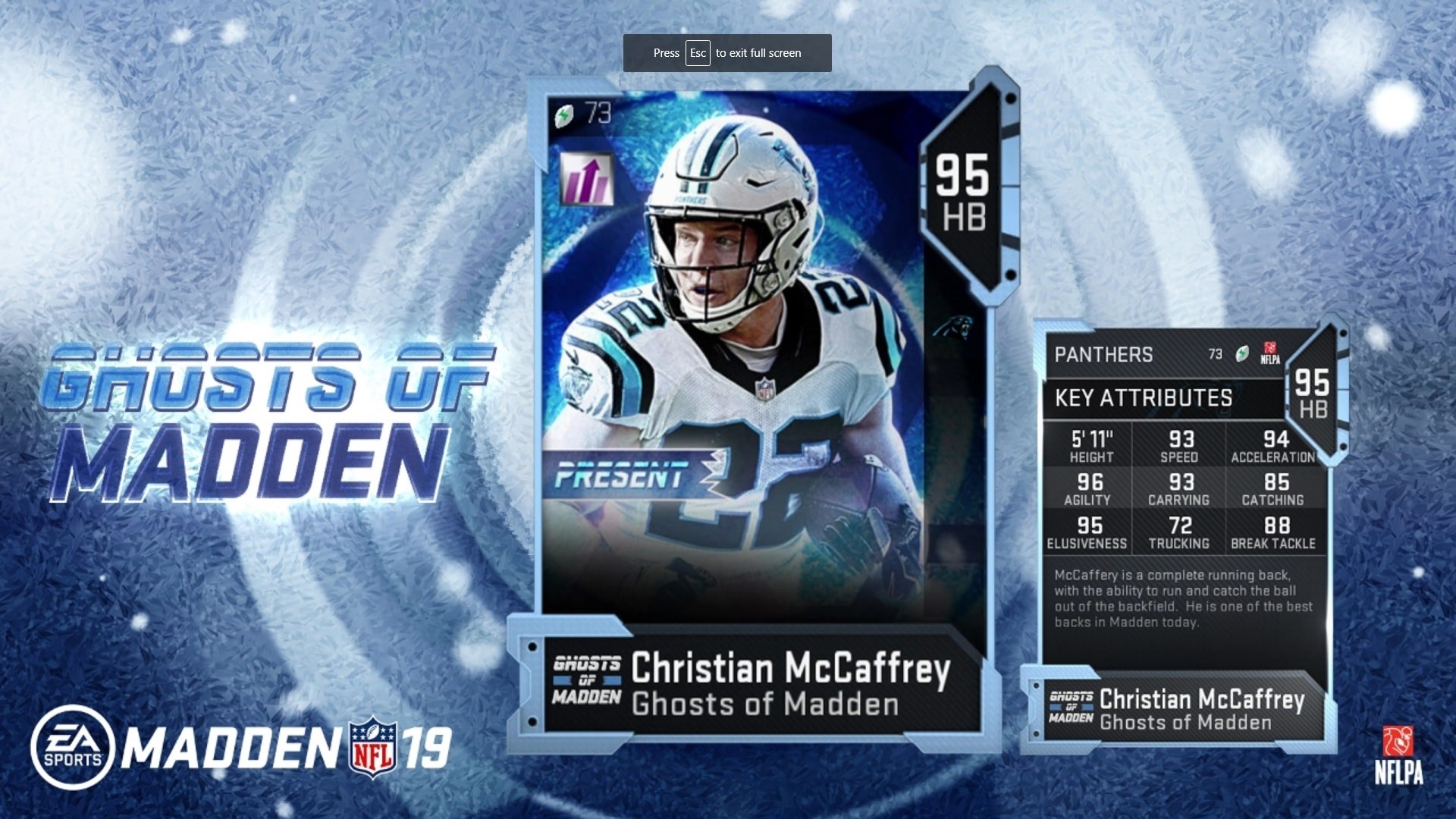 Christian McCaffrey might be the most intriguing card released Monday, despite the fact he plays RB, a position long since dominated by the free-to-play Ricky Williams.

Tier 10 Panthers chem gets McCaffery up to 96 speed, but even if a player opts not to go the theme-team route, the former Stanford star is unquestionably the best dual-threat running back available in the game, capable of running a variety of routes while agile enough to make a difference on the ground. 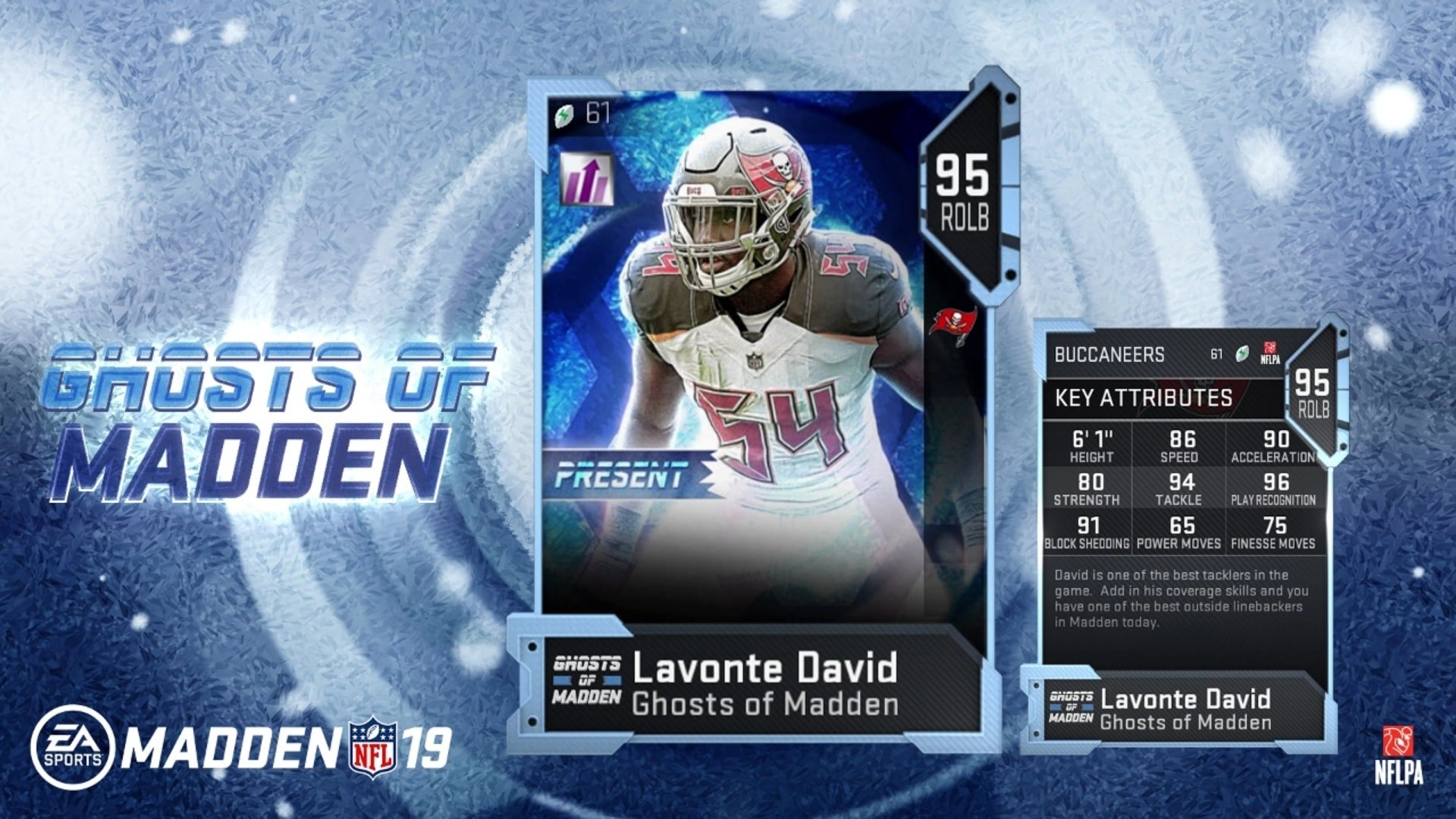 Lavonte David is the only card of the six that’s “disappointing”, but that’s in large part thanks to the company he is a part of. At 86 speed, 86 zone coverage, 81 catching, David is one of the better CPU-cover linebackers available.

But the fact that he’s listed as a right outside linebacker hurts his value, given Legends Derrick Brooks – another Buccaneers player – also plays at the same position, and is likely due for a similarly high upgrade, thus hurting his value for even Tampa Bay theme teams.