Series 4 content for Madden Ultimate Team dropped on December 14, bringing new solos, sets and a plethora of elite high-end options for your team. That coincided with the return of a fan-favorite program, Ghosts of Madden Past, which was curiously absent in Madden 18. Here’s the full run-down.

MUT Level has increased from 60 to 70, a notable addition to the game given Series 3 did not provide any such level increase.

The 92-93 Power-Up pass is the highest “pass” released to date, and should allow for a number of high-end cards to become more accessible, with players opting to use the free pass instead of holding onto expensive cards. 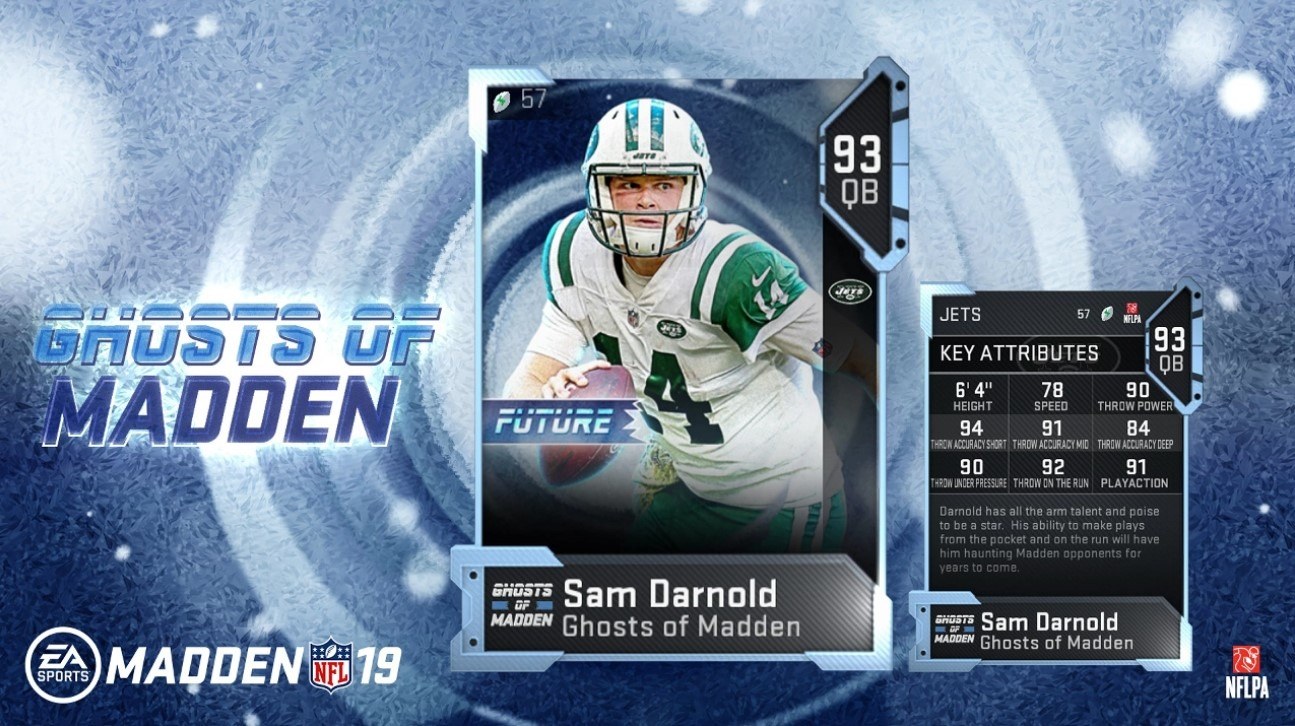 The level increase also means Ricky Williams can now be upgraded from 94 to 96 overall. The free-to-acquire card has seen 57 overall boosts during the Madden season and remains the best RB in the game if a player is willing to grind for it.

At 93 speed, 93 acceleration, 93 spin move and 95 carry, few cards can rival Williams’ across-the-board dominant stats, and his sheer accessibility makes him one of the top cards currently in the game.

81 new solos were also released December 14 which should make the grind to level 70 a little easier. Most of them come in the form of the Legend Gauntlet, which is only unlocked if you hit Level 60. 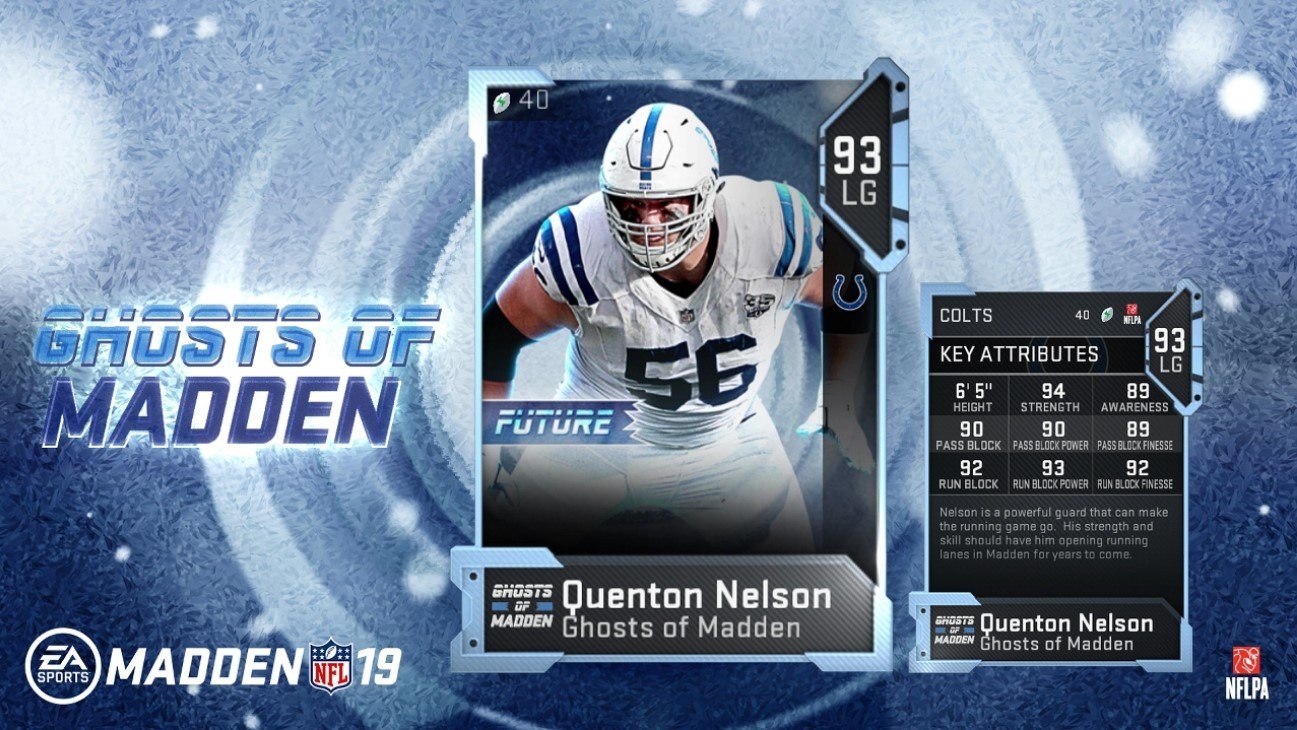 Players who complete 73 solos will be able to pick two 93 overall legends, and then one 95 overall player with the acquired collectibles.

Players that have done all Gauntlet solos through the Legend series will also get to pick another 95 overall player which will be auctionable/tradable and should be worth at minimum 500,000 coins for the foreseeable future. 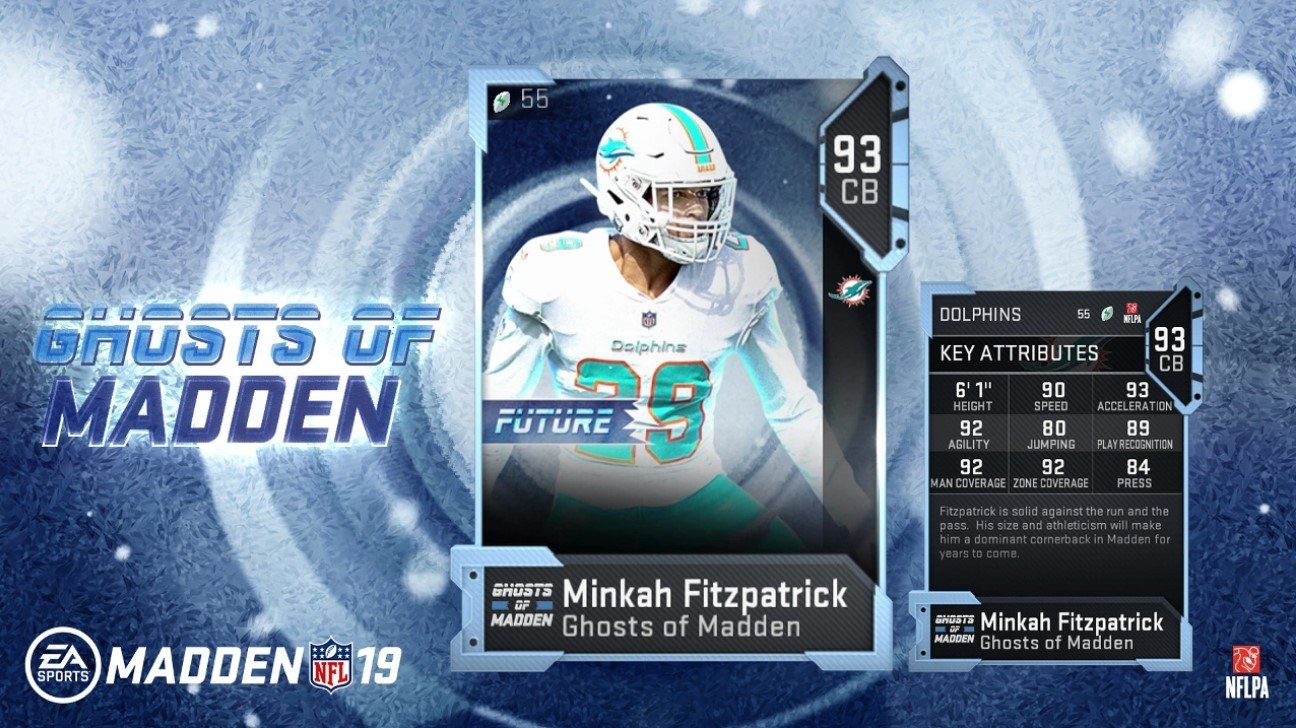 Each of these players does have a power-up option currently in the game, but EA also released 14 new Power-Ups tying in with Team of the Week Heroes released during Weeks 6-12. 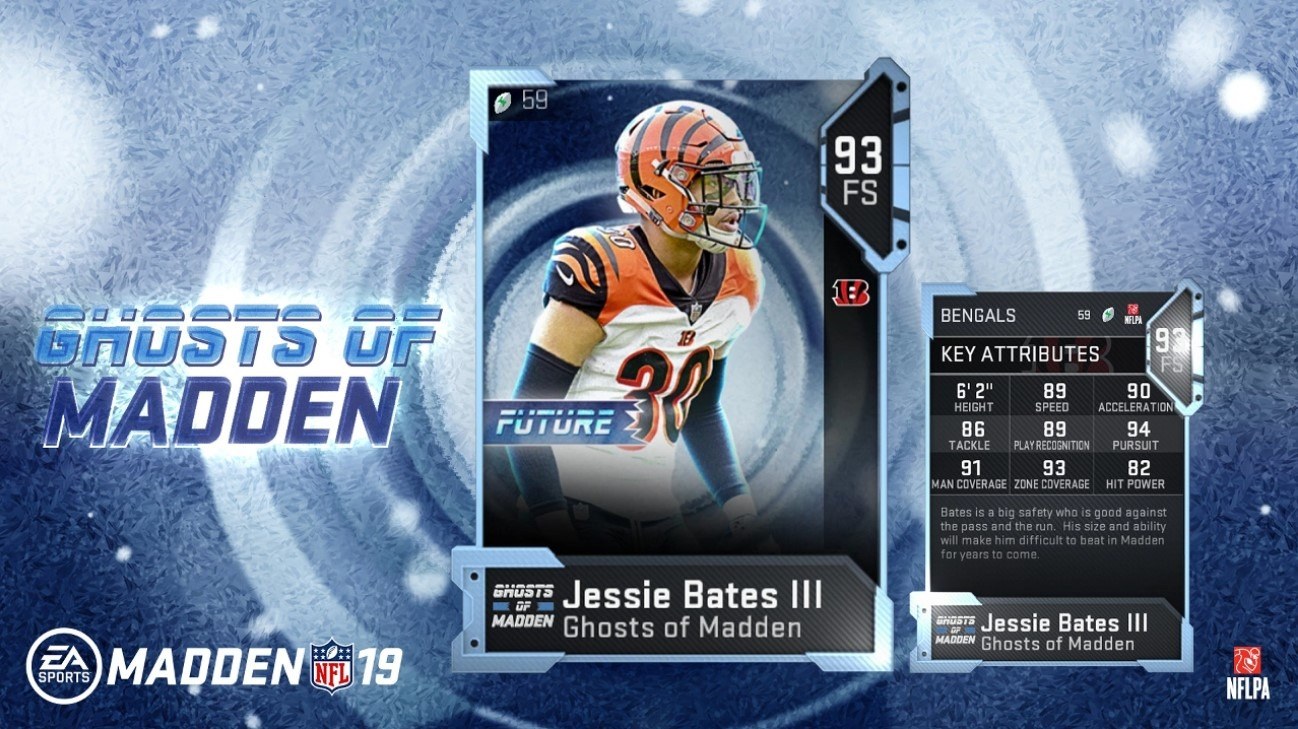 To tie in with the festive season, players not interested in acquiring higher overall players can quicksell their Series 4 tokens for “snow”, a recently released currency that is expected to impact the MUT market throughout the holidays. One token will provide a measly 20 snow, however, which makes this an impractical feature given tokens could be exchanged for far more valuable cards in other sets 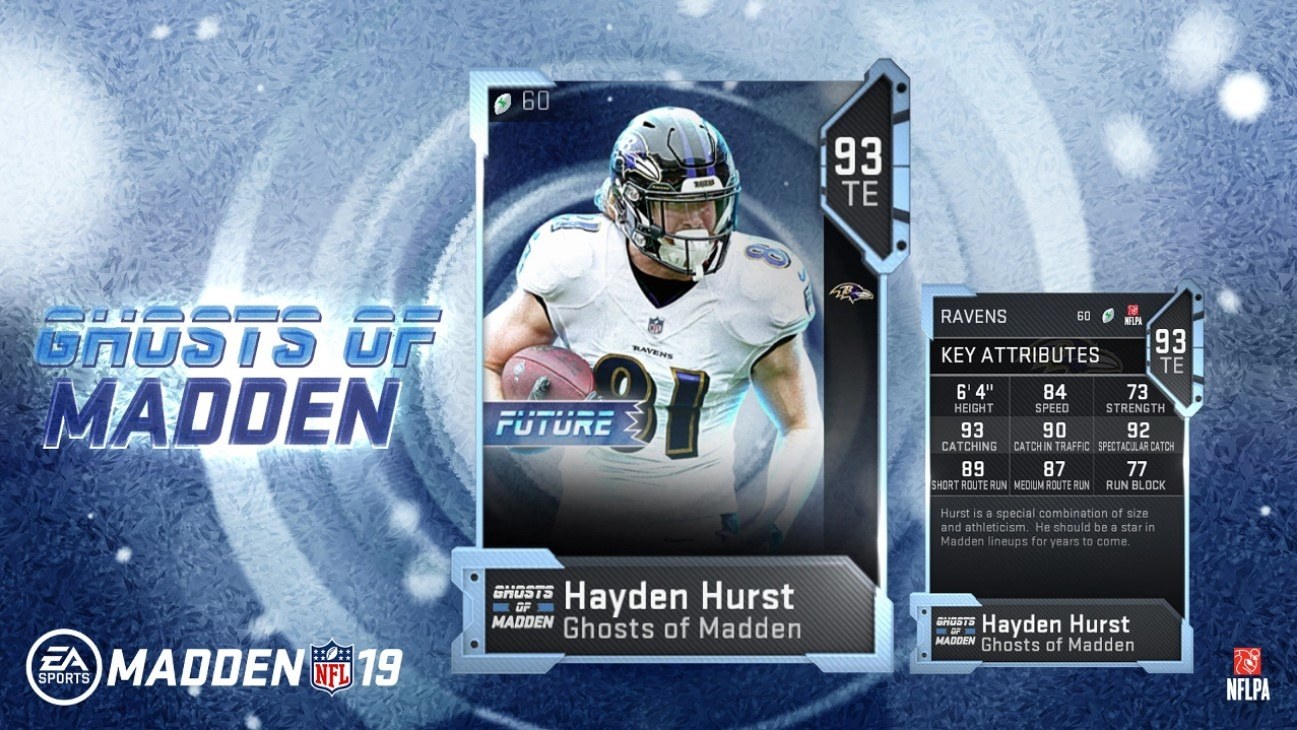 That snow could be used to acquire the cherry on top of a massive content drop, as Madden Ultimate Team will bring back a fan-favorite program, Ghost of Madden Past, which is expected to feature some of the best players from the history of the NFL.

The newest drop saw the release of Ghosts of Madden Future, which highlights a number of rookies excelling in their first season, including 2018 No. 2 overall pick Sam Darnold.

While none of the six players released immediately stands out as an impact player, they are sure to provide some fun for theme teams, and signal what figures to be an exciting handful of ensuing weeks as players wait for the return of Ghost of Madden Present and Ghost of Madden Future. 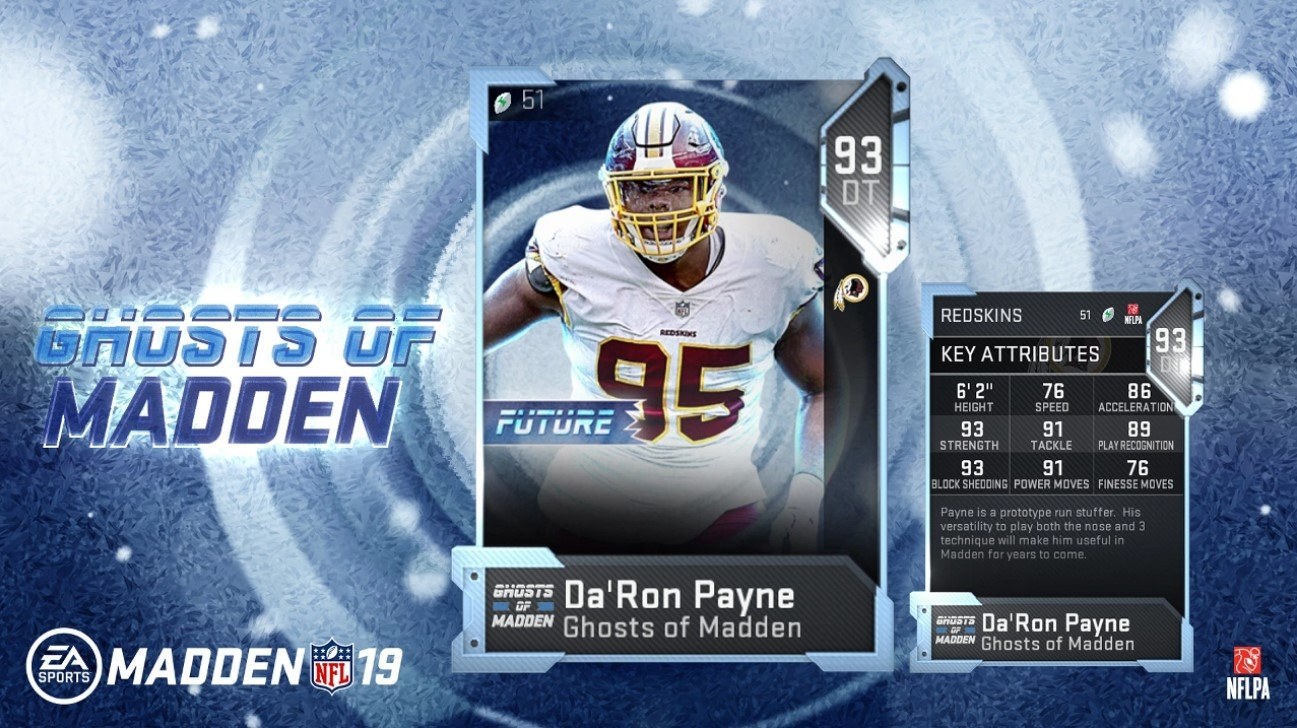