Three new Legends cards were announced on December 15 as expected, while two more Ghost of Madden Future cards were surprisingly announced as well.

In addition, two limited-time Ghosts of Madden Future, 94 overall CB Jaire Alexander and 94 overall RB Kerryon Johnson will be in packs until Sunday. 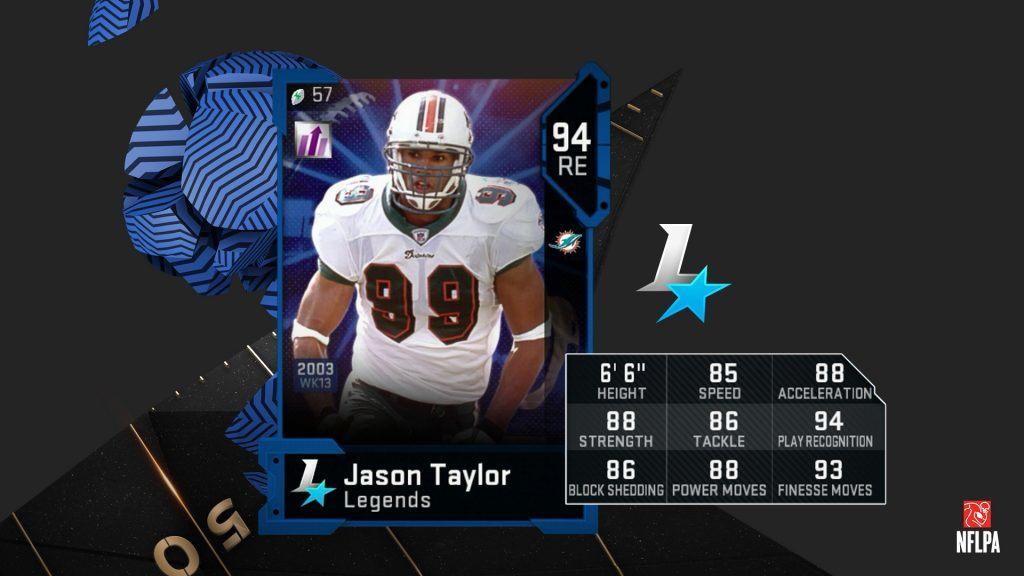 Jason Taylor makes his return to the Madden franchise and figures to be one of the better pass rushing options currently available in MUT.

With 93 finesse move and 88 power move, Taylor should be a competent edge rusher but his 86 blockshed, however, is an eyesore given 40 different RE and LE cards, including base elites Brandon Williams and Mike Daniels, already hit that threshold.

Taylor becomes the fourth Dolphins legend to receive a card, while his Power-Up card would make him the ninth Jets legend and seventh Redskins legend available in the game. 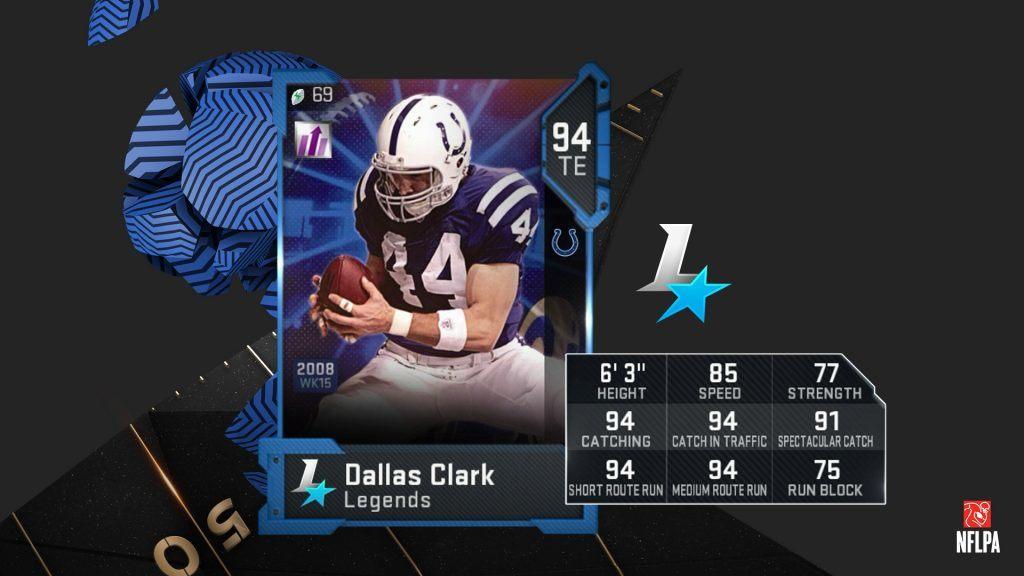 Dallas Clark joins the Madden franchise after a one-year hiatus, with his last playable card coming in Madden 17.

With a good balance of speed and run blocking, Clark is quite clearly one of the best tight ends available at the moment. Although he has minus six speed compared to 92 overall Team of the Week TE George Kittle, who hit packs Tuesday, Clark has better route running statistics in nearly every category and should be a relatively affordable option in the coming weeks.

Clark becomes the second Colts legend introduced to MUT this season, and with the use of his Power-Up card, will join seven other Buccaneers legends and 10 other Ravens legends in MUT. 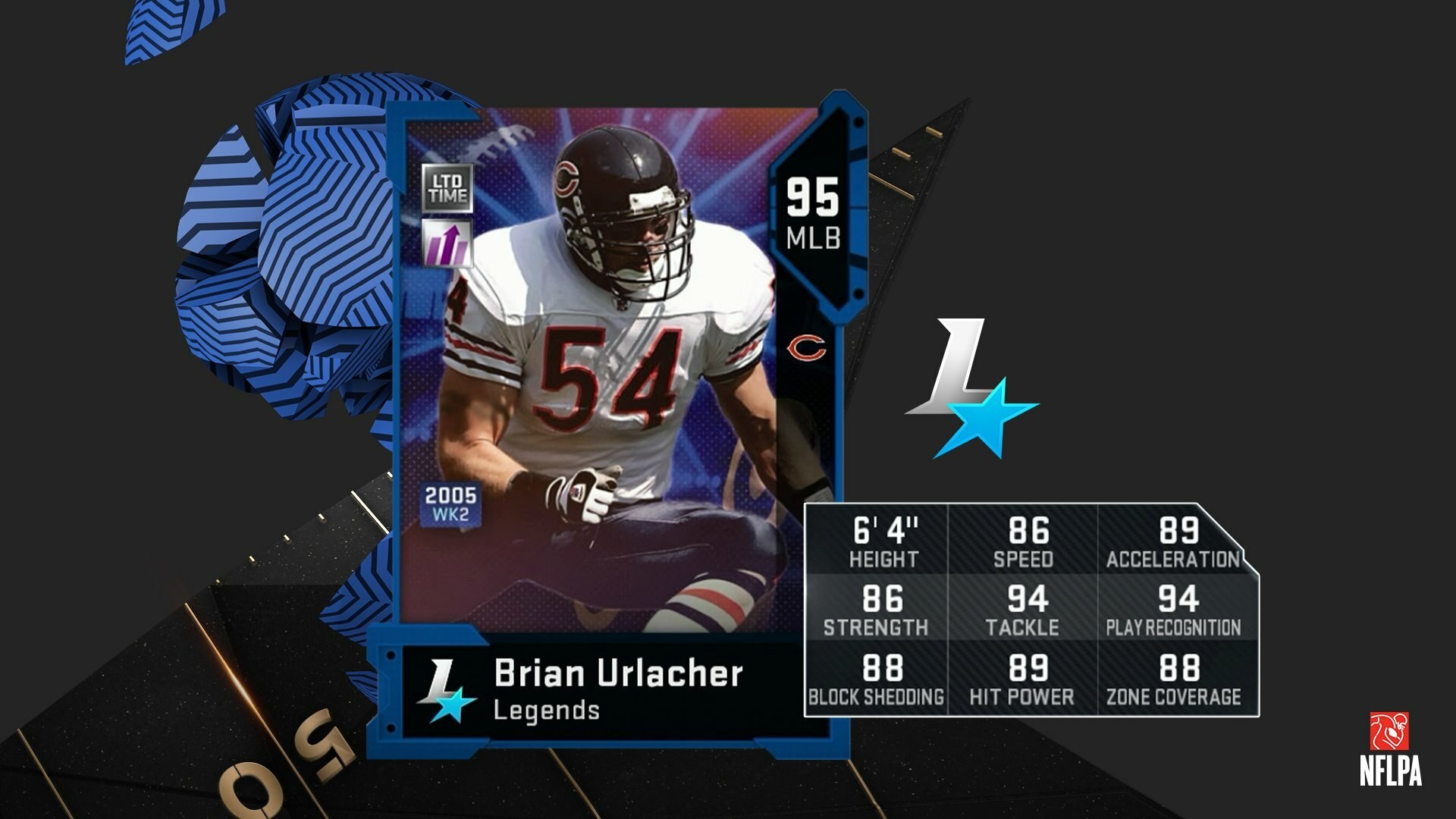 Brian Urlacher rounds out this week’s batch of Legends cards, continuing the trend set two weeks ago which has seen EA release previous Hall of Fame legends, which were the feature part of the $80 and $100 editions of Madden 19.

While Urlacher will easily be the highest-priced player of the three thus making it difficult for players to pull off the Chicago-themed trifecta, it’s a curious choice given the likes of CB Rod Woodson and WR Terrell Owens still remain available to release as limited-time options. 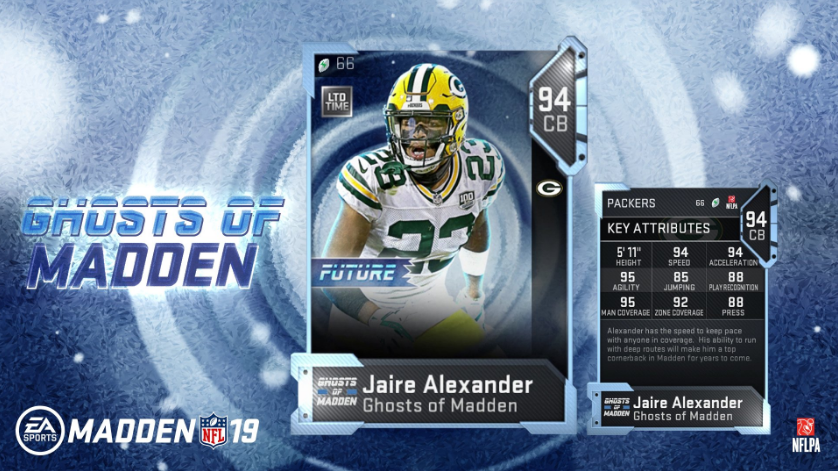 Finally, in a surprise release, 94 overall Jaire Alexander and 94 overall Kerryon Johnson join Urlacher as LTDs under the Ghosts of Madden Future umbrella.

Alexander immediately becomes one of the best cornerbacks in the game, sporting 94 speed and 95 man coverage.

This marks the second upgrade for the rookie cornerback, with his 87 Rookie Gauntlet card still acting as a versatile third or fourth string option despite being released at launch. 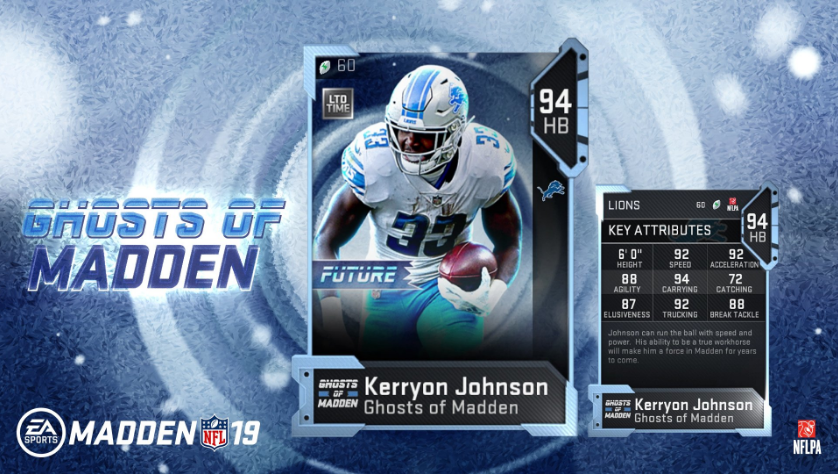 Unlike Alexander, Johnson doesn’t show as much promise, likely acting as an option only for Lions theme teams given his less than desirable 92 speed.

This is the fourth such upgrade for Johnson, which should set him up for a Power-Up near the start of Series 5, which is expected to take place sometime in February.