Prestige skins are universally loved in League. While players have come to expect them from every event, players still appreciate them as much as they did the first time around back in 2018.

However, some players have also complained that only a select few champions will ever receive a Prestige skin. Lead skin producer ‘I Am Carlos’ has tackled those concerns in their recent “Ask Riot” post about the special cosmetics, describing the process Riot goes through to select who gets a Prestige skin.

While players have suspected for a long time that it was based off popularity, Riot has shared that play rates are only one of the metrics. In fact, there are three things Riot look for in a Prestige skin before designing it.

“When we are selecting a champion for a Prestige skin, we consider a number of factors,” he said.

He described that some themes are not conducive to Prestige skins, like the already light-based Arclight skins for champions like Vayne and Varus. “Arclight Brand for example is a skin that would be hard to execute on because of the overlap in colors and materials,” he said.

He also said that Riot are trying to avoid doubling up on Prestige skins for now, but there might be exceptions in the future if the circumstances are right.

“We have only released Prestige skins mostly for champions with higher play rates, but we are experimenting with lower ones in the future to see how much players like them,” he said.

“Ideally we don’t double up, but there might be exceptions if we don’t find a better fit and the skinline is part of an event that calls for one.” 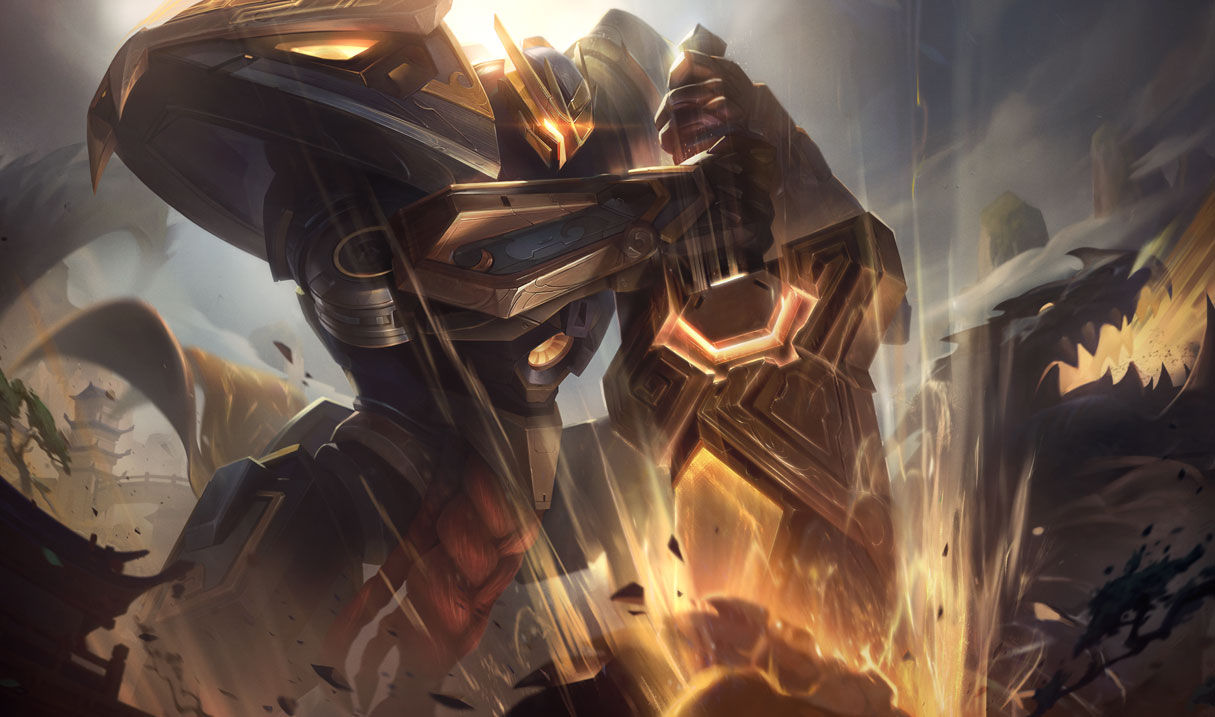 Garen is one of six champions to receive a Prestige skin in the first half of Season 10.

However, Prestige skins are still an experiment for Riot. There’s only a dozen in the game right now, and while there’s another four planned for the start of Season 10, they are still learning and adapting from every release.

“We are still experimenting around with a few different selection methods and executions and will update players as our approach evolves,” he said.

Malphite, Lucian, Zoe, and Zyra are the next four champions in line for a Prestige skin in 2020. Mecha Kingdoms Garen is currently available in the live client, while True Damage Senna Prestige was added to the PBE in the recent Patch 10.3 cycle.