The League of Legends community is criticizing Riot Games over a strange effect that players are noticing with the Prestige Nightbringer Lee Sin skin.

Prestige skins aren’t like other highly sought-after designs that LoL players can buy from the store. These higher tier skins ask players to get Prestige Points in order to craft them, and with the new year upon us “2019’s Prestige Point skins will become unobtainable outside of Hextech Crafting drops.”

The time crunch makes the effort to collect enough points for skins like Prestige Nightbringer Lee Sin, released on December 12, even more intense, but people are still willing to put in the hours since it results in an immaculate design for their favorite champion.

People in a January 22 Reddit thread shows that not everyone approves the design for the Prestige Edition of Nightbringer Lee Sin.

“I didn’t grind the 100 prestige points for Prestige Nightbringer Lee Sin’s neck to look like this,” user ‘GodGMN’ said. “It’s insulting and makes me want to not play it ever again. Is Riot willing to fix this?”

They attached multiple images of the design in-game, showing the Blind Monk with an elongated neck that doesn’t look like the intended layout for the character. 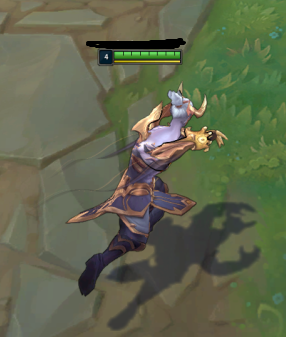 The bug was even noted in the character’s shadow for the Lee Sin skin.

Players are baffled at how the botched character model made it into the game and are lashing out at the devs for the mistake.

“Riot has been dropping the ball lately,” user ‘Neodeluxe’ said. “This is just shameful, to think this went through all the production steps and even QA and still ended up like this…”

With the amount of VGUs, new champions and upcoming Prestige skins planned for 2020, some members of the community are skeptical if Riot will be able to rectify the Nightbringer’s issues soon.

Errors with the Lee Sin Prestige skin in a League of Legends match.

Since the successful launch of the Prestige line with 2018’s KD/A Kai’Sa getting the first upgrade, subsequent designs have come under scrutiny like Firecracker Vayne and Blood Moon Aaatrox.

Those complaints noted that these editions didn’t distinguish themselves enough from the base skin.

With the reported design flaws packaged with the Prestige Nightbringer Lee Sin skin, it’ll be interesting to see how Riot responds to the community outcry.