Summoner’s Rift got a facelift during pre-season 10 in League of Legends with new alcoves and a dynamic dragon rift system, but there were plenty of other changes touted, with some Rioters sharing their favorite ones over the Christmas break.

Some things in League of Legends never change, and some thought Summoner’s Rift was never going to get another rework. It’s had a couple of visual updates, and some elements had been altered previously, but Season 10 saw the map get a complete overhaul.

With the introduction of alcoves in the top and bot lane, and dynamic terrain through the dragon rift system, players need to adapt to the ever-changing map every game. However, there were more changes planned that Riot eventually scrapped, with the developers sharing their favorites in a recent dev post. 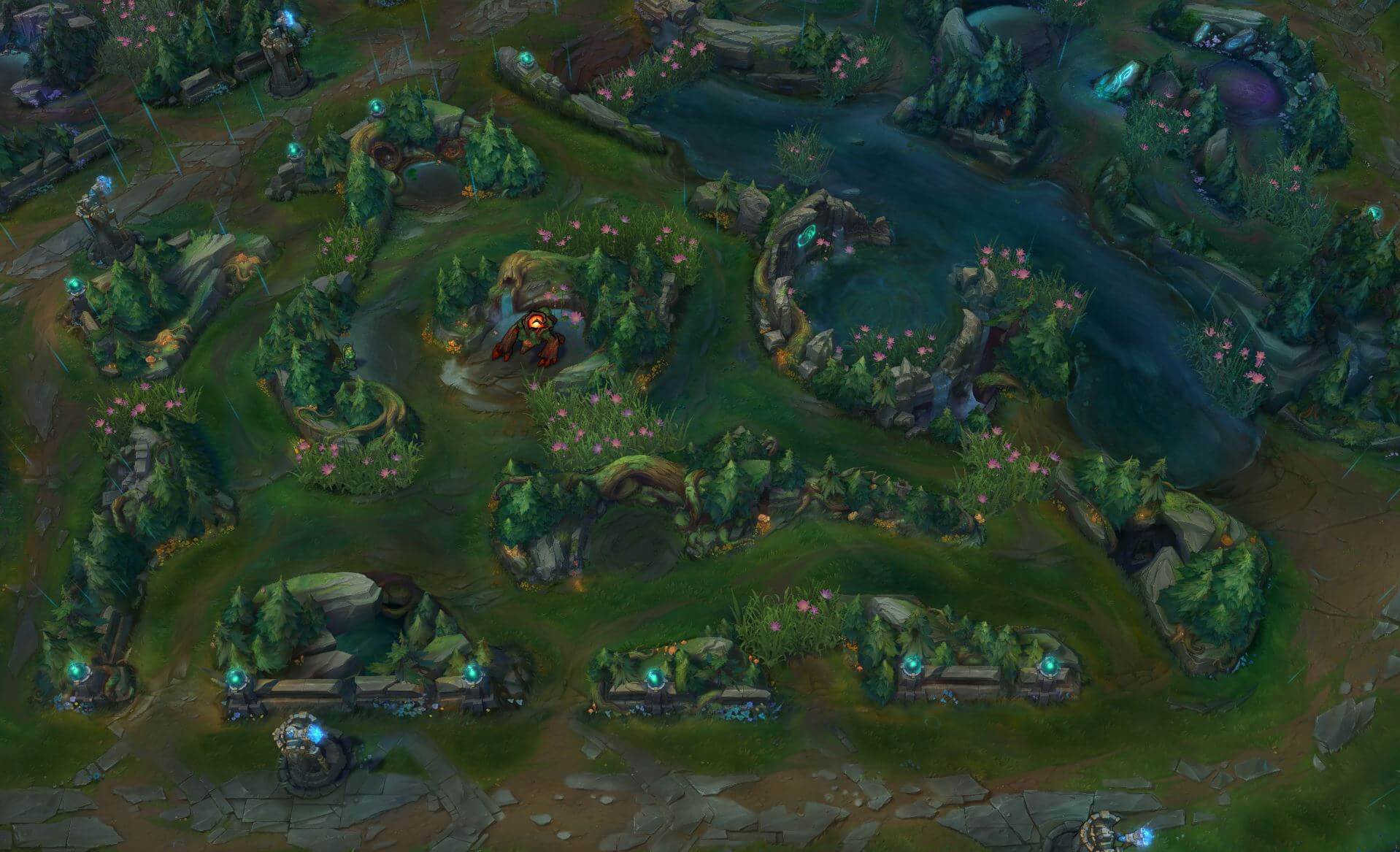 Summoner’s Rift got a facelift in Season 10, but there were plenty of other ideas than just Dragon Souls and Rifts.

The December 23 Nexus post by writer Erika ‘Cashmiir’ Haas broke down some interesting concepts the team were looking at developing for Summoner’s Rift in Season 10.

Speaking to some members involved with the project, Riot were looking at making the jungle more interactive, give first blood a new effect, and even look at getting the Baron out of their pit.

“We had an idea to improve upon first blood,” said game designer Daniel ‘Rovient’ Leaver. “If you died, brush would spawn at that location, but it ended up kind of weird. For example, if you died under your own tower, you had this lovely brush you could safely farm under tower from.”

Baron was also set to get a cool new effect that allowed you to transform jungle camps you killed into allied monsters marching down lanes ready to siege. However, this idea was quickly scrapped because of the lack of fun involved with player-versus-environment combat.

“The problem was that fighting against non-players in League is really only good if you’re crushing them,” said lead game designer Mark ‘Scruffy’ Yetter. “The game’s about fighting players, so enlisting creatures didn’t really work.”

However, dragons were always the focus of the major Rift rework. The Elemental Drake system was designed after a dozen different ideas of Riot trying to avoid too much monster combat, and too much randomness in map changes. 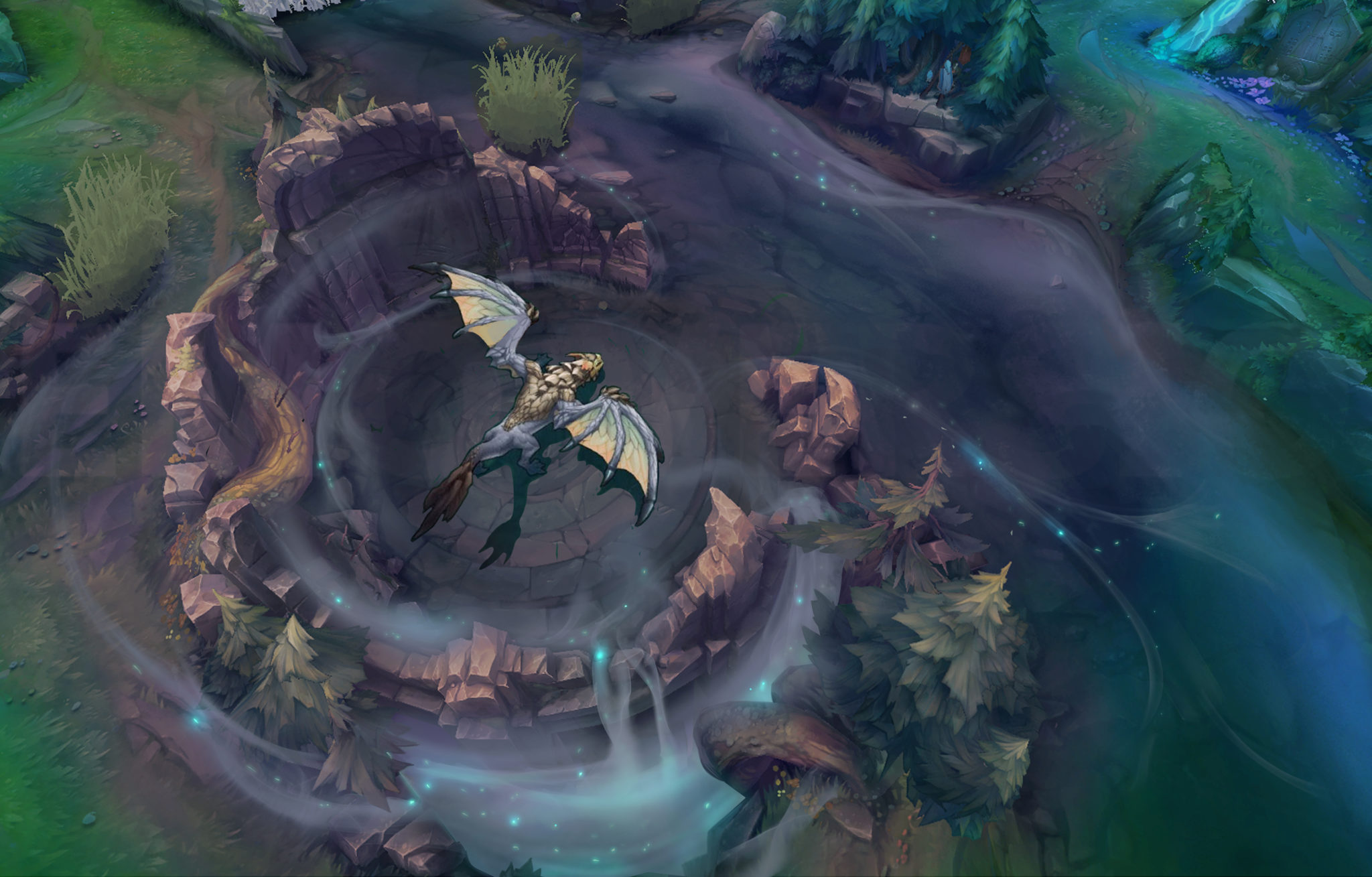 Cloud Rift was the most difficult to design according to the Summoner’s Rift team.

“Dragons already existed in League,” said Cashmiir. “Players knew what they did. And their current buffs weren’t super exciting.

“By following this approach, the team was able to narrow in on an amalgamation of the terrain changes and the PvE elements to create the core of the Elemental Rift update.”

There was a point in time where mini dragons were going to spawn in the jungle to give dragon bonuses to single champions, but that idea was also set aside.

However, like all gameplay changes, there’s a chance Riot could explore this, and all the other options, a little bit further for future seasons.

For now, League of Legends fans can play around with the new changes, and maybe poke Riot with some feedback to push the others into the game.