Every GTA 6 leak so far: Everything we know about Grand Theft Auto 6 - Dexerto
GTA

Every GTA 6 leak so far: Everything we know about Grand Theft Auto 6

Grand Theft Auto players have been speculating as to what GTA 6 could entail ever since GTA 5 was released. As the inevitable release draws closer, several leaks have surfaced claiming to reveal the sought after details of the next Grand Theft Auto game – we list them all here.

Even with leaks circulating, Rockstar have done what they always do – remain silent. Few video game development companies keep themselves as shrouded in mystery as Rockstar do, as they have always announced game details on their own terms.

Regardless, there has been an upturn in hype, largely due to several leaks coming out, and well, GTA 5 was released some six years ago! Some of these leaks appear more legitimate than others and while some do appear real, it is important to note that Rockstar have confirmed none of the information within them, or even the existence of the sixth game itself.

The longer we go without some form of announcement, the more exciting a GTA 6 reveal becomes. While the game is yet to be official, it’s certainly a case of “when” and not “if” the game comes out.

The first clue came in January 2019. Job listings with titles that very much sounded like they could be GTA 6 related appeared on the Rockstar website.

Furthermore, job descriptions such as “Work with others to expand our next-generation graphics pipeline including advanced lighting and rendering techniques, and special effects,” sounded like a game being designed for the next generation of consoles. 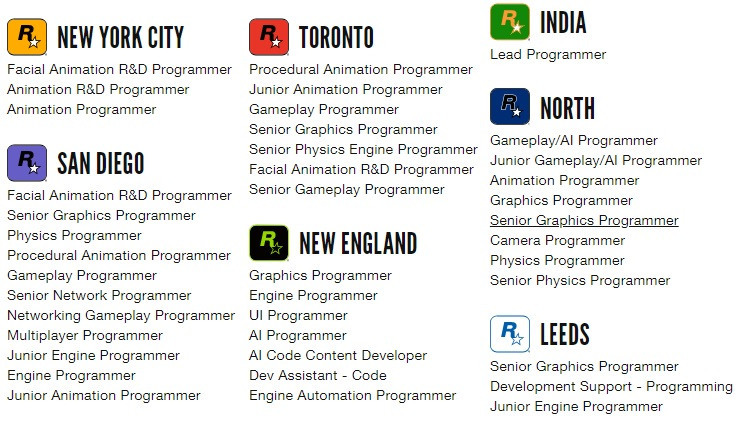 The only thing that was strange about these listings were the timing. One would have thought that the game would have been in development for a long time prior to this. However, these listings could be a result of Rockstar increasing the work on the game as the release edges closer.

Following that came what was a huge leak at the time. An anonymous leaker, who posted PS5 details back in December 2018, was proven correct when Sony officially revealed some of the PlayStation 5 specs.

Given the detail of the leak, it was almost certain that this was legitimate and not guesswork. This certainly adds validity to the Grand Theft Auto side of the leak. It should be noted that while this works in the leaks favor, given how long ago it was, Rockstar’s plans could have changed in that time.

Interestingly, the leak included additional details such as the PS5 release date (not finalized) and various other games, with one of them of course being GTA 6.

Specifically the leak stated the next Grand Theft Auto game would release in the “holidays” of 2020 and that the leaker isn’t hearing anything PS4 related. This suggested that it would be exclusive to the next generation of consoles.

Another hugely interesting point was that the sixth entry in the series would have a one month’s exclusivity period to the PS5. It seems unlikely Microsoft would allow this to happen, but if it were true, this would be monumental news in the gaming industry.

The leaker also stated that Grand Theft Auto 6 would be based on two big cities. Subsequent leaks, which are discussed below, suggests they were at least half right.

The hype increased, even more, when it was discovered that a former employee had listed Rockstar on their resume. Specifically, it stated: “Create concept vehicles matching with real-world for [GTA 5 DLC] and upcoming [GTA 6].”

There is no way to confirm the legitimacy of this information, but for what it’s worth, it does seem genuine. Moreover, the resume was actually deleted, potentially because the poster was alerted about breaking the undoubted NDA they had agreed to. 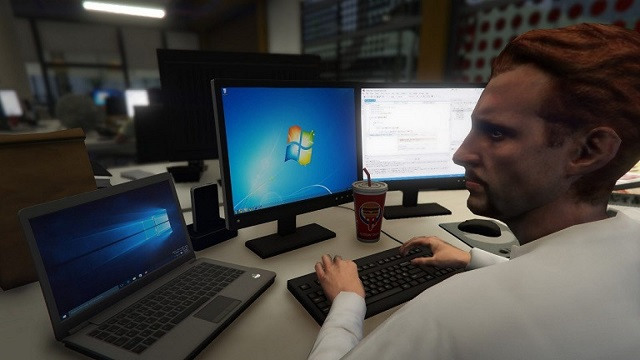 Rockstar must be frustrated with leaks that come out…

Anonymous leaks should naturally be greeted with scepticism by default. Consequently, of all the leaks here, this was one is probably the least likely to be legitimate.

However, one thing that did get it some validity was that the post was taken down shortly after. Interestingly, as the post was made by a guest (anonymous), it would have had to be taken down by Pastebin themselves. It’s possible Rockstar asked them to.

The post itself claims the new game will be based on Liberty City and Vice City, reflecting the east coast of the United States. Another leak below suggests Rockstar are intending to go further than that. 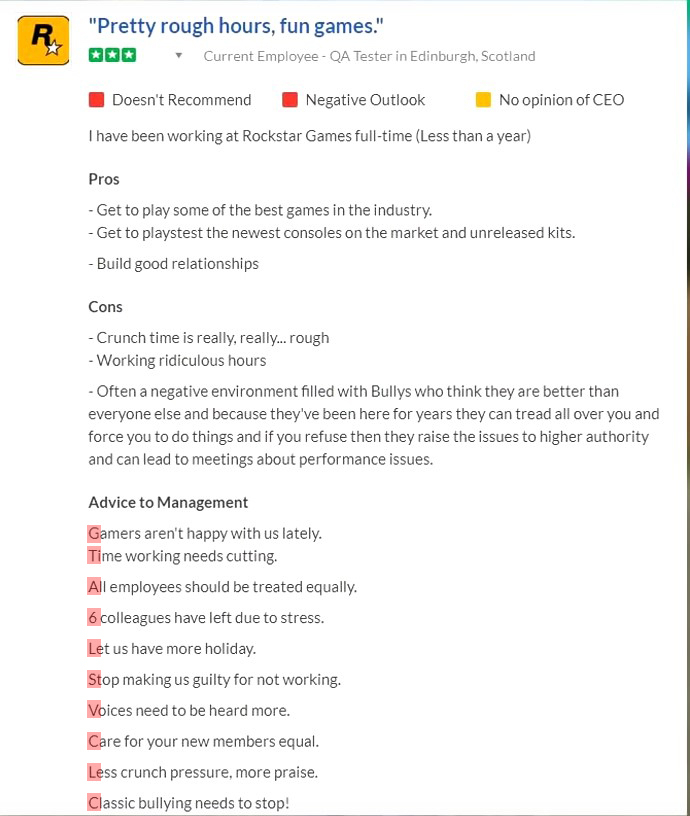 Elsewhere, a leak that surfaced back in May is arguably the most legitimate, revealing potentially fascinating details about an upcoming game.

The leak came in the form of a review on the website Glassdoor. Users can review websites they have worked for and share substantial details on the company.

This leak is likely the real deal as Glassdoor require two forms of identification to prove you worked for the company in question and manually review each post. This doesn’t guarantee it’s authenticity but certainly gives it credit.

Instead, the leaker provided information in the form of an acrostic passage of text. This is where the first letter of each sentence spells out something notable.

In their advice to management section, the acrostic text reads out “GTA 6 LS VC LC”. Without a shred of doubt this can be interpreted to mean it will will include Los Santos, Vice City and Liberty City.

Whether this is true remains to be seen. The main question surrounding this leak is whether the source is telling the truth, not the meaning of the post. 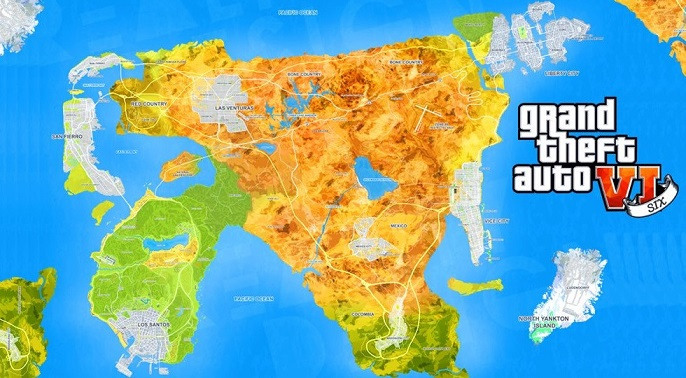 What a GTA 6 based on America could look like…

After a lull period of GTA related leaks, another one appeared on Reddit on September 23. Posted on a throwaway account, the leaker claims to work for Rockstar and revealed a lot of intricate details about the game.

They claimed the Grand Theft Auto 6 announcement date will come sometime “around Fall 2020”. If this is true, this would presumably rule out any chance of a release alongside the next generation of consoles, which will come as a disappointment to many. After all, we’ve had to wait long enough as it is!

Interestingly, this leak claims the map will be based on two big cities – San Fierro and Las Venturas – which is in contrast to the leak saying it will be based on all of America. However, it does match up with the PS5 leaker who correctly predicted details about Sony’s next console.

There were also an array of other details revealed, including:

You can read all about these in our article that covers this latest GTA 6 leak. Still, while this leak does match up with previous information, it should be taken with the proverbial grain of salt, as anyone can post details claiming to be in the know.