A study published on August 13 shows that the best-selling video games for July were ones of non-violent nature, despite politicians claiming that games cause violence.

Debate around video games being a cause for violence ramped up after the August 3 and August 4 mass shootings in El Paso, Texas, and Dayton, Ohio. Politicians and even President Trump were quick to place some of the blame on video games.

A study published by Thinknum Media on August 13 gathered data for the top selling video games of July, and the results show that non-violent games were actually the most popular. 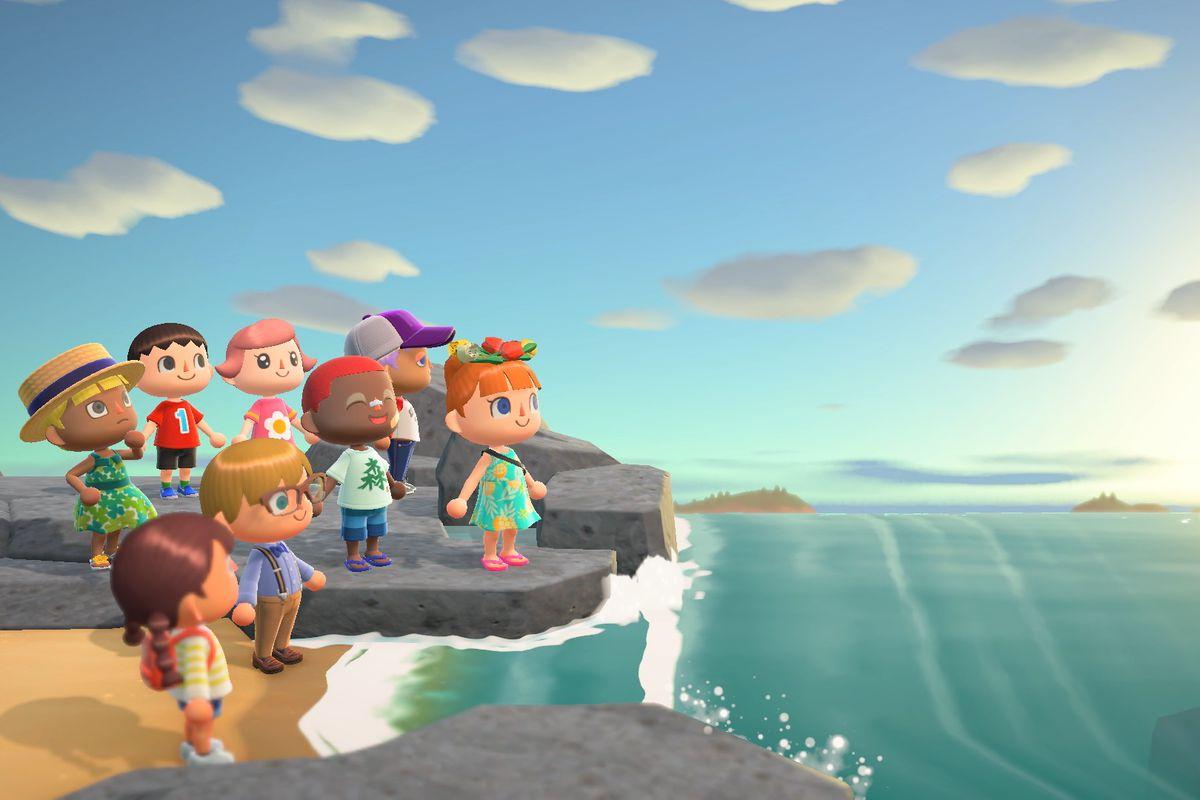 The study took sales data from July from three popular stores in the United States – Walmart, GameStop, and Amazon – and looked at the statistics leading up to early August. The aim was to see if video games really could influence such heinous acts.

Only seven of the top 10 games sold across all three stores were categorized as ‘Mature’ by the Entertainment and Software Ratings Bureau – four at Walmart, one at GameStop, and two at Amazon.

At Walmart, 2018’s Call of Duty: Infinite Warfare ranked number one due to a reduced price of $10 that caused it to rise to the top. Battlefield 1 placed fifth, Grand Theft Auto V sixth, and Dying Light eighth.

As for non-violent video games, NBA 2K17 came in second place – again, due to a sale that pushed it into the charts. Nintendo’s The Legend of Zelda: Breath of the Wild was third and fourth place on Wii U and Switch respectively. 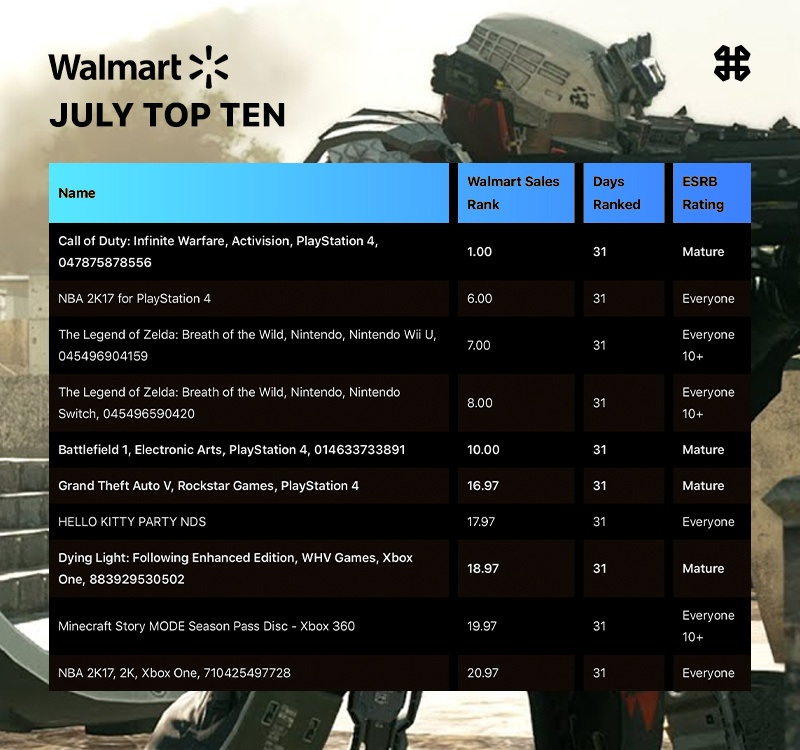 In video game specialty store GameStop, only one game rated as ‘Mature’ by the ESRB made its top ten sales list and that was Call of Duty: Modern Warfare at number five.

Nintendo’s Fire Emblem: Three Houses hit the top spot, with titles such as Madden NFL 20 and preorders for Pokemon Sword & Shield filling in the gaps. 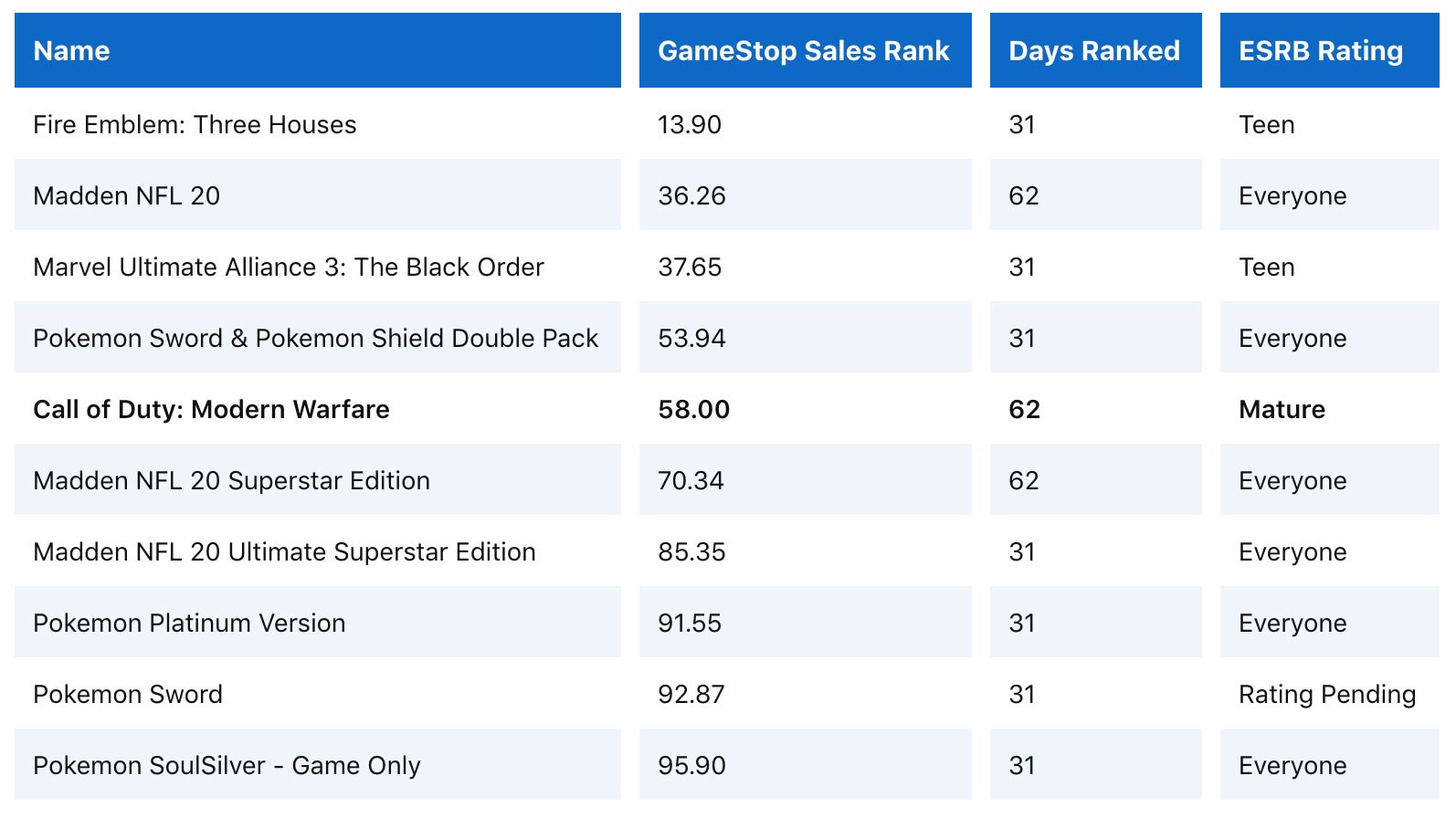 On Amazon.com, only two games rated as ‘Mature’ by the ESRB entered the site’s top ten sales list for July – Fallout 76 placed third, and The Last of Us Remastered ranked sixth.

Super Mario Maker 2 for the Nintendo Switch reigned high with the top spot, and non-violent video games like Mario Kart 8, Minecraft, and Super Smash Bros. Ultimate filled out the rest of the list. 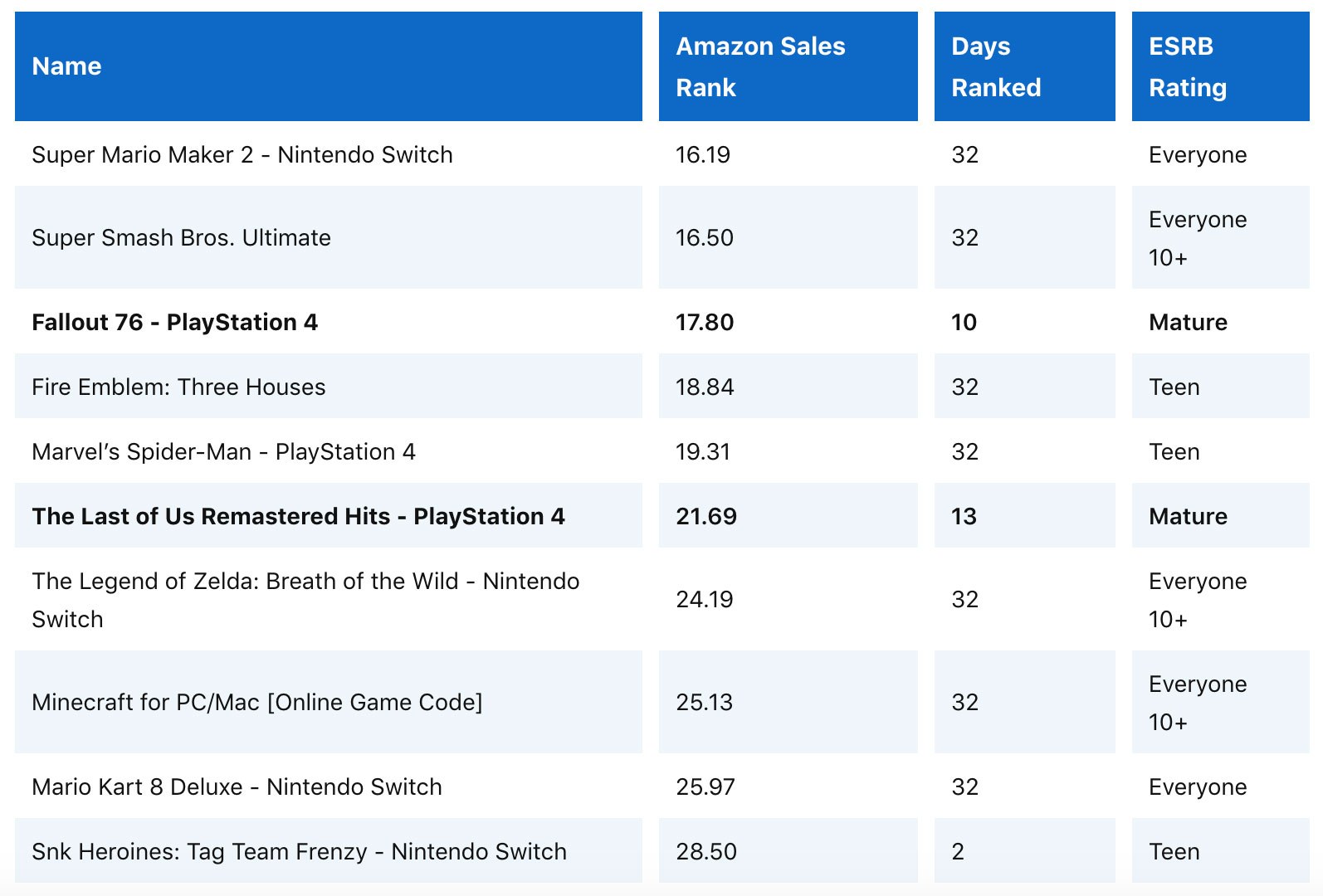 As the debate surrounding video games being a cause for violence rages on, it remains to be seen whether sales statistics will continue to show that non-violent games are more popular with consumers.