What is 'The End' in Fortnite? Everything we know about Season 10 event - Dexerto
Fortnite

What is ‘The End’ in Fortnite? Everything we know about Season 10 event

Season 11 in Epic Games’ battle royale is fast approaching, so the stage is set for a grand finale to see off Season 10 in style. Here’s everything we know about the in-game live event, including dates, times and exactly what is rumored to go down.

Season-ending live events are a spectacle that Fortnite fans look forward, with the last event seeing the Mecha take down Cattus, leaving an orb in its wake which catalyzed a series of map changes throughout Season 10.

Season X saw the return of The Visitor and multiple alterations to the map’s landscape, but fans are now looking ahead to the eagerly anticipated Season 11. However, before fans of the battle royale can get stuck into the next season, there’s the small matter of an in-game event to end Season 10 — rumored to be titled ‘The End’. 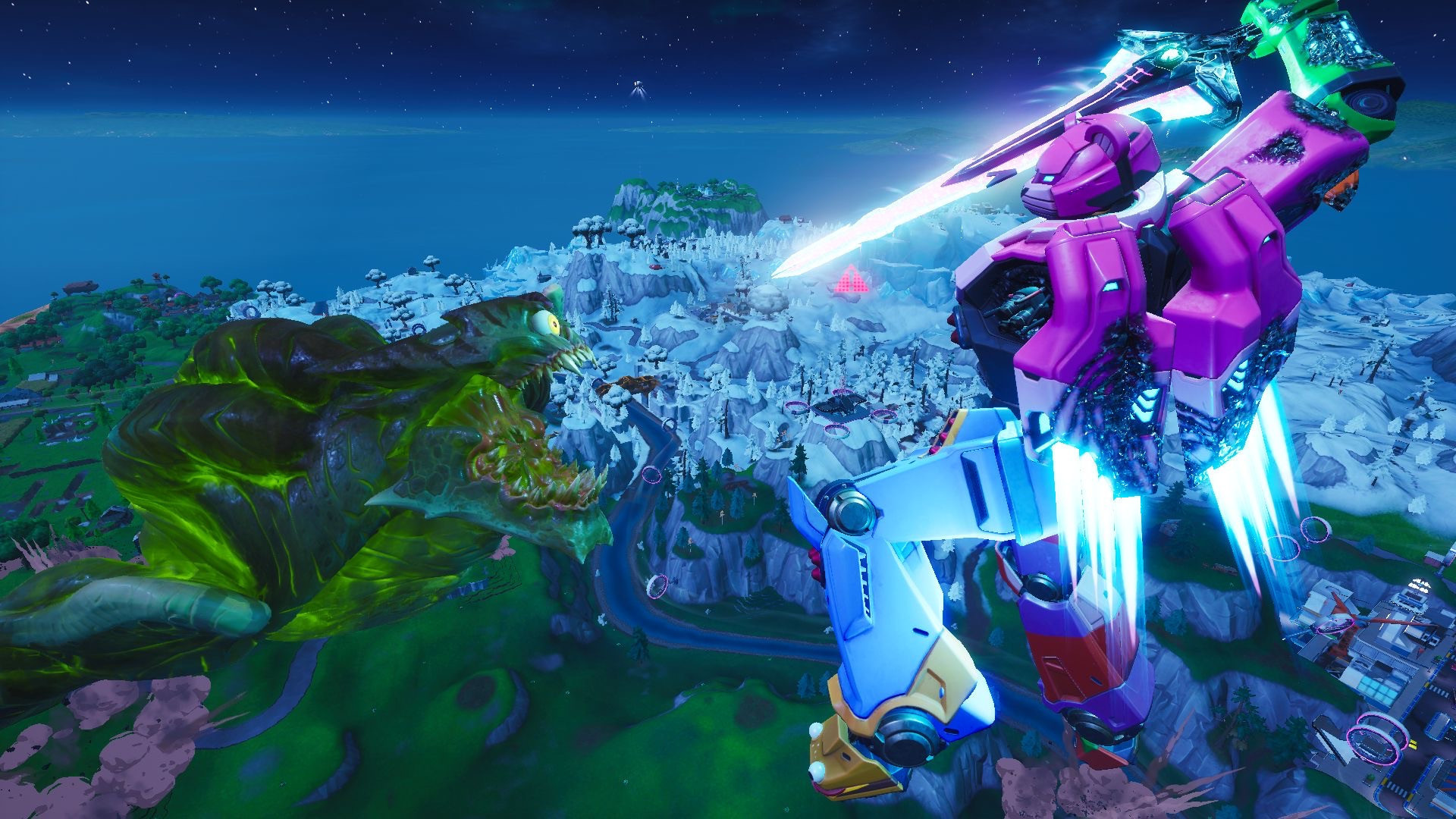 The one-eyed monster was slain by Doggus.
[ad name=”article2″]

When is the Season 10 in-game event?

After a number of leaks and speculation, where many thought it was happening on September 28, the in-game countdown to the event is now underway at Dusty Depot – confirming that the event will happen on Sunday, October 13.

As usual, the live event will happen at approximately 2:00 PM (EST) or 7:00 PM (BST) so you’ll want to give yourself plenty of time to get ready in-game. Like season nine’s end, there will probably be a seperate ‘The End’ playlist for you to hop into closer to the spectacle getting underway.

The countdown for the event has now appeared! #Fortnite

What will happen during the Season 10 live event?

Most of the rumors circulating suggest that a new map will come as part of the grand finale, which means that Season 10 will directly lead into the next chapter for the battle royale. Alternatively, the map could just receive an overhaul.

However, with The Scientist building a spacecraft and leaked images of in-game characters waving the battle bus into the yonder, a departure from the current landscape seems imminent. 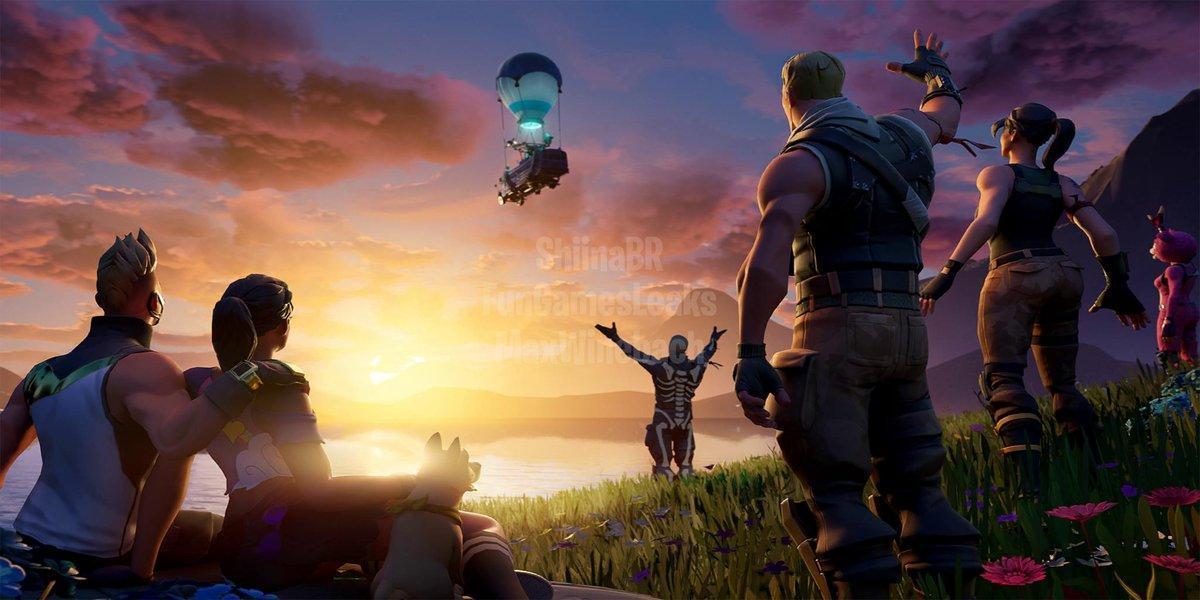 How will the new map will arrive? It is hypothesized that a cataclysmic event will cause the current map to be rendered inhabitable, leading players to be sucked into a space rift that will teleport players outside of the current map and into a new environment.

The event will most likely have a fixed zone. That means that the zone will start closing towards Fata Fields & Dusty.

At some point, all the players will be teleported outside of the map as you can see to the following image below.

Moreover, speculation from @Asriel_Dev supports this notion by suggesting that the point at which players are sucked into a ‘Zero Point’ is where a dialogue will begin to play, which has also slipped through the cracks, thanks to @ShiinaBR.

Players, trees, and tomatoes (yes that exists for some reason) will be sucked into the Zero Point at which point (I speculate), players will be under the influence of the gadget (above tweet) and the dialogue will start playing.

The purported length of the event is also set to be almost three minutes long, meaning that fans will be subjected to lengthy cinematic, as we transition into Season 11.

The event at minimum will be 2 minutes 50 seconds ish, it is 100% longer than that though.

And a following parameter had a value of 255, might be placeholder but if its not the event is atleast 4 minutes 15 seconds long, however this one I can't confirm with 100% certainty

As the countdown to the event draws ever closer to its conclusion, fans have started discovering that Dusty Depot can no longer be farmed for materials.

Of course, loot still spawns at the location and you can still build – with materials from elsewhere – but you are no longer able to collect a ton of metal like in the past.

Dusty Depot is now indestructible. The End is near bois from r/FortNiteBR

The Visitor tapes played together

One part of the teases for ‘The End’ has been the Visitor tapes that players have been tasked with finding. These voice notes are dotted all over the map and when collected, can be played at Dusty Depot for some added lore.

Now, fans have been able to find every single one of the tapes and play them in order – giving us another layer towards the event from the perspective of the in-game character.

All Of The Visitor Recordings played in Order from r/FortNiteBR

Many expect that the event may occur on the speculated date of October 12, as players will have to complete the overtime challenges which are expected to end in line with the new season, which are aptly named the ‘Out of Time’ missions.

However, the leaked challenges include objectives which revolve around current map POIs, Thus, backing up the idea that a temporary bridge in space will be placed between the two maps.

Regardless of the substance behind current speculation, one thing is for sure, Fortnite fans are in for a treat, as Season 10 is poised for its very own endgame.