Fortnite leak drops biggest hint of map being destroyed yet

Lots of theories have been pointing to the destruction of the Fortnite Season 10 map and we might have just gotten our biggest hint yet.

Instead of creating multiple maps, Epic Games have been retooling the Fortnite map over the seasons and switching out old locations with new ones.

Now that we’re nearly 11 seasons in, it appears a major shakeup is on the verge of happening and we’re on the cusp of getting a brand-new map. 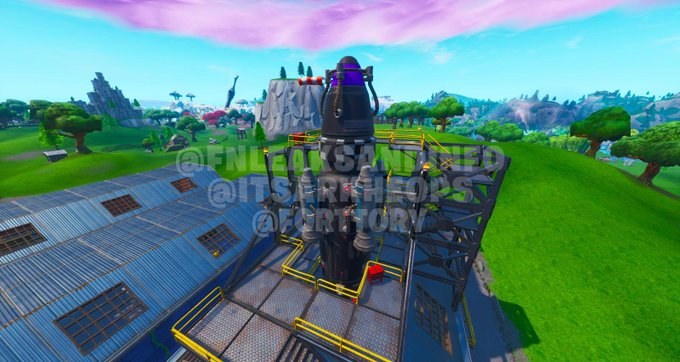 Numerous theories have pointed towards some sort of major event to close out Season 10 and it’s looking like that event could end up resulting in a new map if these leaks are anything to go off.

A screenshot posted to r/FortniteLeaks by user PokemonLegacy6 reveals players will be transported to a spot well off the island where they’ll be able to watch the event.

This is definitely the biggest hint yet that something major will be happening to the map. We know the Visitor is currently working on a rocket which originally was set to decimate Tilted Towers back in Season 4, but that didn’t work out so maybe he’s going to make it work this time.

We also know the final event’s name is “The End” if the leaks are correct on that front. If the map isn’t destroyed by this event, it’s almost a given that something just as big will be happening.

Mechs are on their way out – is the map going too?
[ad name=”article4″]

There’s a lot of info out there that points us towards a new map, even if Epic have shown they would like to continuously update to their current one.

Despite all the changes over the seasons, the locations have started to feel more or less the same, which has led fans to ask for a new map.

Keep in mind that this is currently all just a leak and until it comes from Epic Games themselves, it should be taken with a grain of salt.

Even though there is a lot of evidence, it can’t be confirmed just yet.