New Fortnite Season 8 location may have been leaked - Dexerto
Fortnite

New Fortnite Season 8 location may have been leaked

Fortnite’s Season 8 is rapidly approaching, and it appears that one of the game’s upcoming new locations has been leaked ahead of the big reveal, named Sharky Shrubs.

The introduction of a new Fortnite season always brings a number of major changes to the game’s map, with new points of interest popping up across the island to match the theme of the season.

During Season 7, new snowy areas appeared on the map like Frosty Flights and Polar Peak, and with many believing that Season 8 will have a nautical theme, the addition of a location named Sharky Shrubs would make sense.

The leak of the new Sharky Shrubs point of interest was first reported by FortniteINTEL, who noticed that the product description for a Fortnite-themed backpack on the Sprayground website mentioned the location.

The backpack, which is named “Fortnite Shark Royale” had some interesting details included alongside it, which read: “The ONLY official Fortnite backpack in our Leatherette fabric. Depicting our favorite Fortnite skins running from the storm across Sharky Shrubs.”

The description of the backpack has since changed, with the term “Sharky Shrubs” now removed from the site. 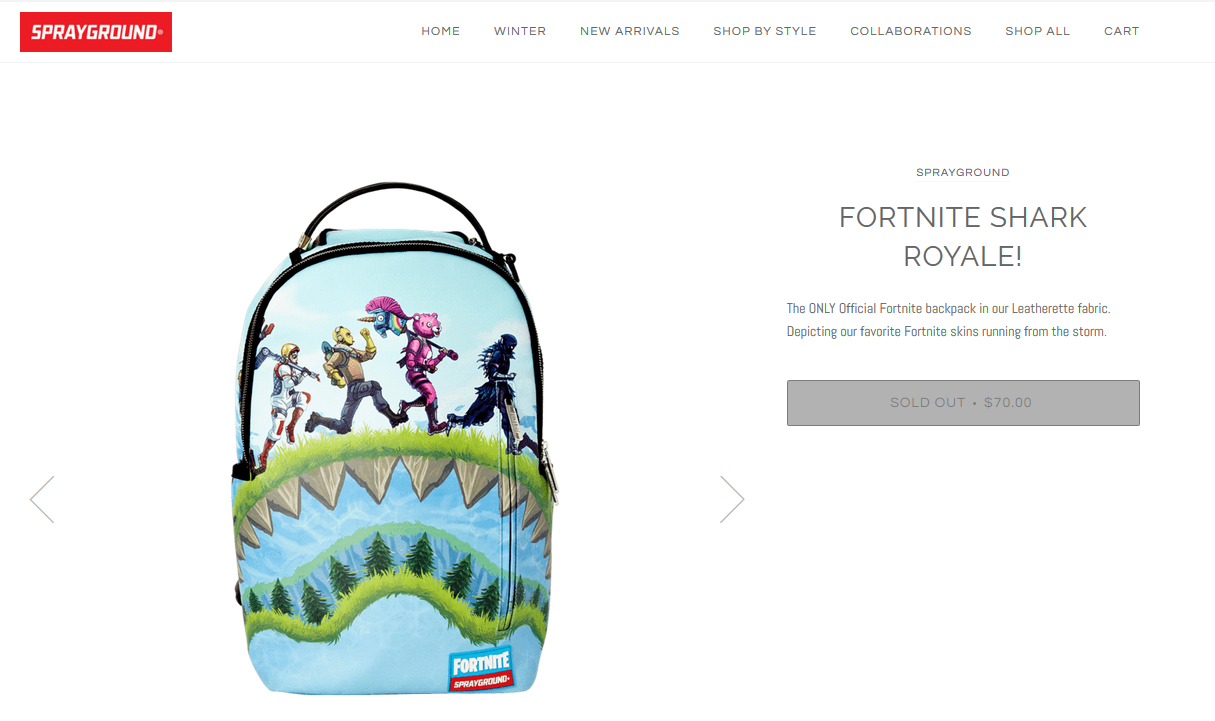 The description on the backpack has now been updated to remove any mention of Sharky Shrubs.
[ad name=”article3″]

Fortnite Season 8 is set to kick off on Thursday, February 28, with Epic Games already dropping teasers and hints as to what my be coming to the game when the new season goes live.

While this mistake on the Sprayground website seems to hint at Sharky Shrubs being a new location on the map, it’s worth noting that this has not been confirmed by Epic Games, and may not appear in the game when Season 8 goes live.