Epic Games have begun teasing showing what appeared to be a pirate hook on a red background. However, eagle-eyed fans quickly saw through the original image and realized it was part of a bigger overall puzzle.

Combined with hints about hidden treasure, ‘X’ marks the spot and bananas – many fans have made the assumption that Season 8 will have some sort of Pirate theme to it. That belief only grew with the release of the second teaser. 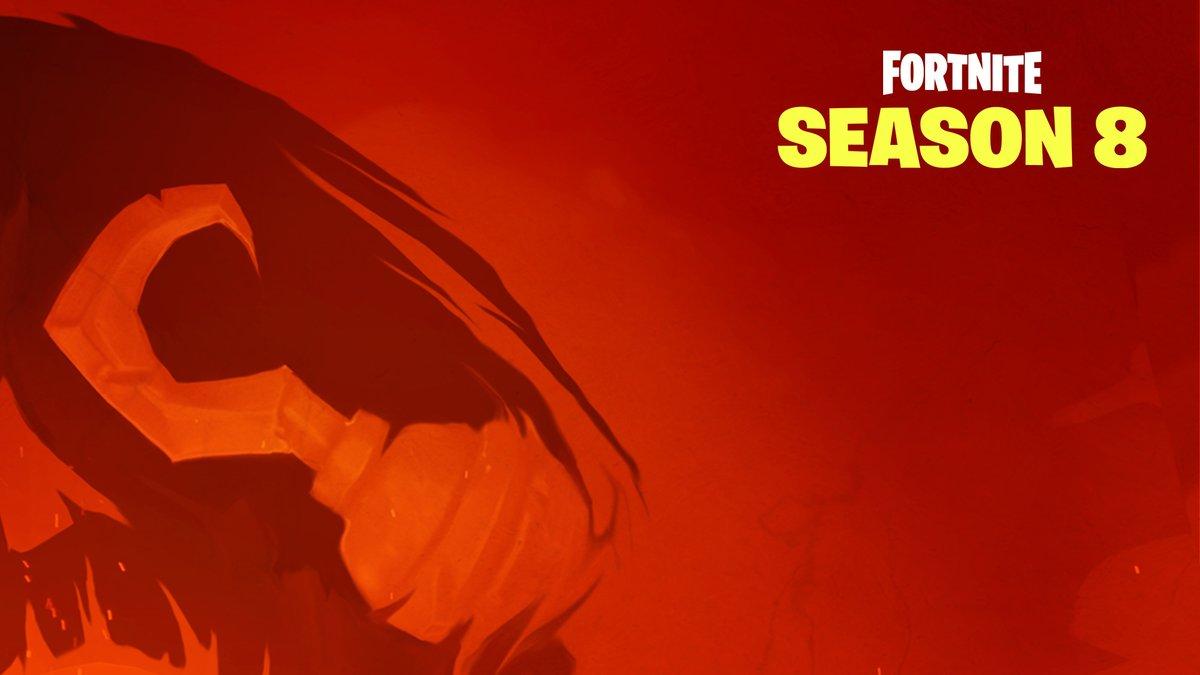 The first teaser only hinted at a small part of what is set to come.

In the second teaser, released on February 25, fans were able to make out a snake-like shadow opposite the hook in the image – revealing a front-on facing image that makes out the shape of a skull.

While the full image is not yet clear, further teases from Epic are sure to combine for an even bigger image. However, there may be even more surprises hidden behind teases from Epic and their employees – as they continue to hint at what more is to come.

Fortnite’s worldwide creative director, Donald Mustard, quote-tweeted the new teaser with an egg emoji as his reaction – seemingly hinting at the eggs which had been discovered under the Castle at Polar Peak in Season 7.

Many fans initially speculated that the eggs would, in some way, be related to Dragons but that was never confirmed.

Mustard also changed his Twitter location to ‘Wailing Woods,’ prompting further speculation about a possible event in the area – even though it has already begun decaying.

Season 8 kicks off on Thursday, February 28 but until then, keep your eyes locked to Dexerto for all the Fortnite breaking news and updates.