UPDATE – January 16
Epic Games have released a hotfix that has patched the ghost peeking issue with all scoped weapons, including the Scoped Revolver. More info on this hotfix can be found HERE.

The newest weapon in Fortnite Battle Royale is the Scoped Revolver and it looks as though there’s already a major bug associated with it in the game.

As its name suggests, the Scoped Revolver is a “six-shot pistol that packs a punch and provides accuracy at long range.”

It was added on January 15 as part of the massive v7.20 update, and it comes in both Epic and Legendary variants and can be obtained from floor loot, chests, Supply Drops, and Vending Machines.

However, players have been quick to realize that they are able to use the weapon to shoot at others from behind the safety of cover and not have to peek when firing.

A video posted by Reddit user ‘iDelTaa,’ shows how a Hunting Rifle shot strikes the wood cover when fired at without peeking but the Revolver perfectly hits the enemy player from the same exact position.

This has turned out not to be an anomaly and players are already exploiting this bug to get easy eliminations and even earn Victory Royales.

Several users commented on the Reddit post confirming that they had been on the wrong end of the bug, with one even saying, “Already happened to me twice, which caused me to end at #2. I thought they had aimbots.”

Considering how game-breaking this bug can be, it’s not hard to see why players would think that they are being eliminated by an aimbot, and ghost peeking is certainly something that has plagued Fortnite in the past. 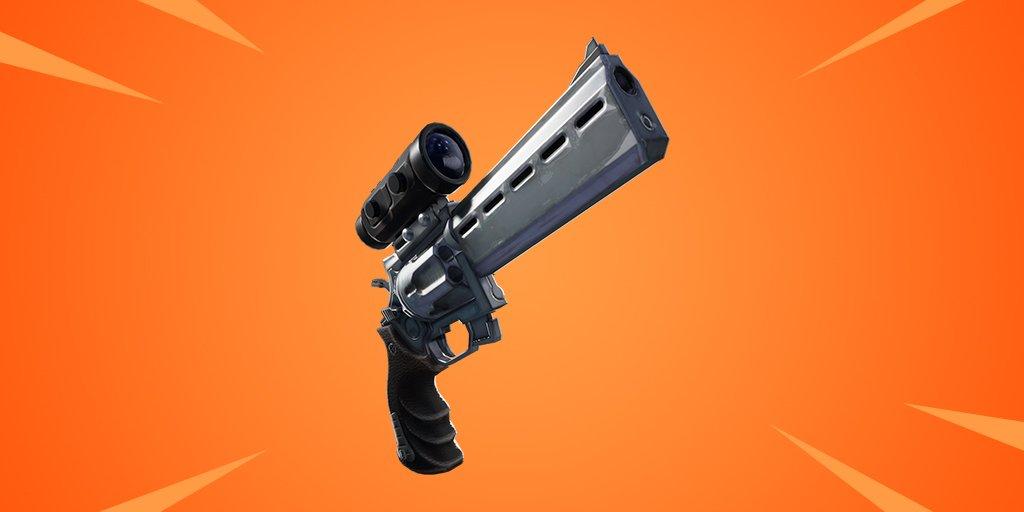 The Scoped Revolver is the newest weapon in Fortnite and it comes in Epic and Legendary variants.

No one from Epic Games has officially commented on this issue, although they’re usually good about addressing things like this promptly so it will probably not be long until something is done about it.

However, unless the developers can find a way to roll out a live hotfix into the game that will automatically fix this issue, we may see the Scoped Revolver disabled before too long so that the bug can be properly addressed.