Fortnite is getting into the Christmas spirit, with Epic Games releasing the v11.31 Update on PC, Xbox One, PS4, Nintendo Switch and mobile devices on Wednesday, December 18,

With the winter season very much in full swing, Epic are releasing the v11.31 patch for Fortnite, which brings a hefty helping of holiday flair to the popular battle royale title.

While many may expect that due to its name, the v11.31 Update will only include small changes and additions, this patch is set to be one of the biggest to hit the game in Chapter 2, with a number of festive changes and updates headed to the game just in time for the holiday season.

Among that will be the start of Winterfest, the highly-anticipated in-game event that will transform Fortnite into a winter wonderland, even covering the whole map in snow.

You can find all of the details about the v11.31 update below, including all the major changes, and any patch notes we receieve from Epic Games themselves. 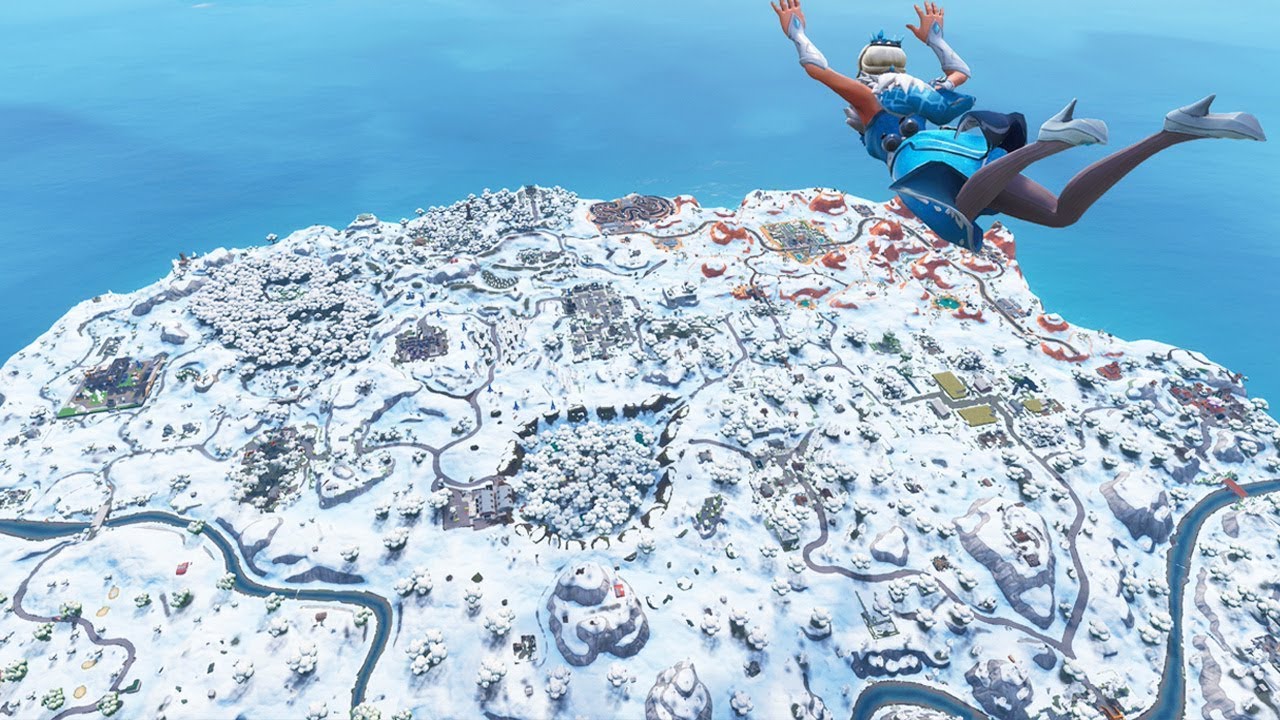 The Fortnite Chapter 2 map is set to be covered in snow, much like the original map.

Winterfest 2019 is finally here, and brings free gifts and challenges to players in honor of the holiday season.

The festive event was expected to kick off on Tuesday, December 17, but the day came and went with no sign of Winterfest, leaving many confused and pondering what had happened. With the release of the v11.31 Update, the Christmas spectacular has finally arrived, giving players lots to do over the holiday season as they search for Victory Royales.

Players can click on the snowflake tab on their main screen to go to the Winterfest Lodge, where every day they can unwrap a new present courtesy of Epic Games, with two outfits, two Gliders, two Pickaxes, two Wraps, an emote, an more all available to those who dilligently head back there every day.

On top of that, there are special Winterfest Challenges that can be found in the stockings at the Lodge, which offer rewards and XP, plus the special “Home for the Holidays” portion of the event, which sees some of players’ favorite weapons and Limited Time Modes return from December 18 to January 2.

Fortnite players will have become accustomed to the map becoming covered in snow as winter takes hold, and things will be no different in Chapter 2, as the game’s new map gets a dusting of the white stuff to celebrate the start of Winterfest.

Not only will the map be covered in snow, but Fortnite fans will also have some new buildings to explore, with a large Ice Hotel, a toy factory, and a ski building all set to sprout up on the island for players to search for loot as they hunt for the elusive Victory Royale.

While some may be surprised to see the entire map covered in snow, with some areas already covered following the 11.30 Update, leaker HYPEX gave fans of Fortnite an early look at what they could expect back on December 12, showing off an aerial view of the completely covered island. As things stand, only parts of the map are covered, but more snow has appeared in the south-east and in the north of the island, signalling that we may see the map gradually change as the days go by.

One of the big changes is the return of the Zone Wars LTMs, with a Solo and Party mode available for players to test their skills in a smaller space.

The following information was taken from the official Fortnite Trello page, which details all of the fixes that Epic will be implementing via each patch.