A new Fortnite leak has revealed all the free gifts that players will be able to get their hands upon during the Winterfest holiday event.

Where Fortnite season seven saw the 14 Days of Fortnite event to celebrate the holiday period, Epic Games have switched things up within Chapter 2. The rolling rotation of limited-time modes has given way for Winterfest – bringing in subtle map changes, a list of challenges, and some new cosmetics.

One of the biggest additions to the celebration event, however, are the previously leaked free presents that players receive each day. Data miner HYPEX got their hands on the animations for the presents, but until now, details about what’s going to be inside remained unknown. 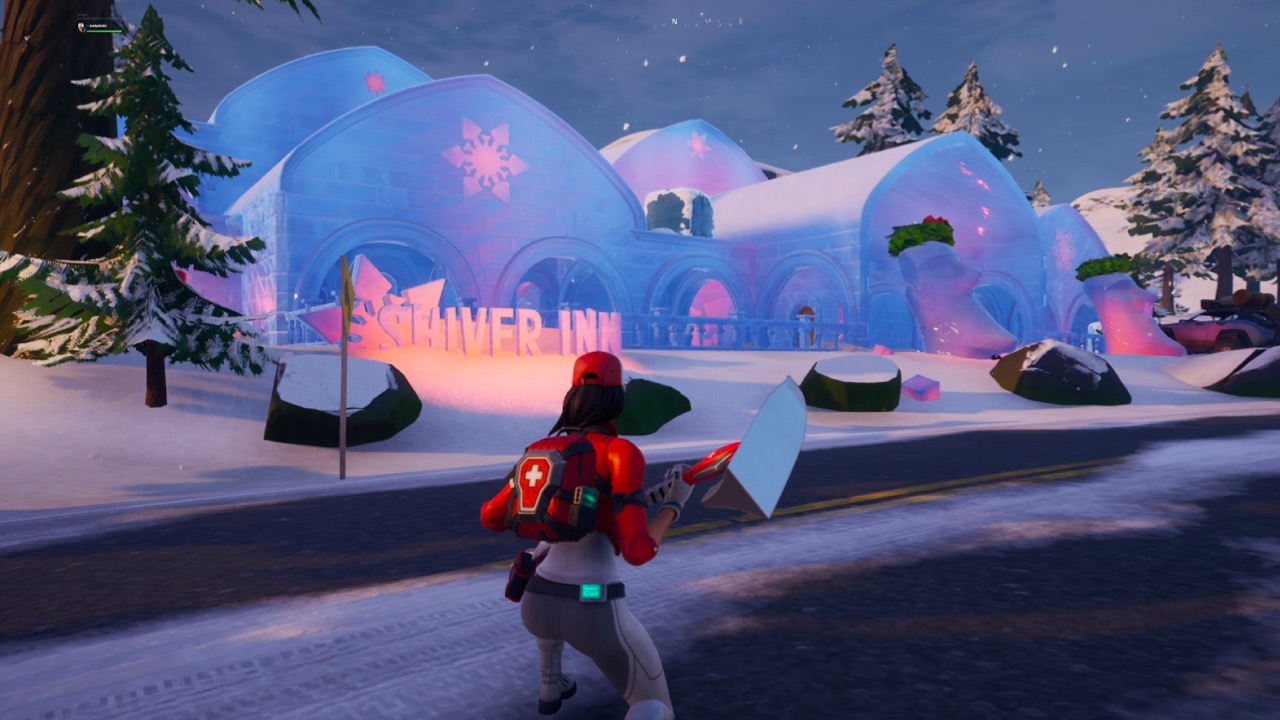 Winterfest has brought map changes to Fortnite – including the new Shiver Inn spot.

The leaker managed to follow up with their initial reveal and showcased that raft of presents that players will be able to get their hands upon. While some fans may have been hoping for some free V-Bucks or level progression on their battle pass, that won’t be case, but there will be plenty of cosmetics to get.

These will include the Merry Chipmas music kit, the Holly and Divey contrail, Peppermint Pick and Shortbreak Slicers harvesting tools, Treefall glider, New Years 2020 and Well Wrapped wraps, as well as the Great Crackup and Merry Beastmas loading screens that had been previously leaked.

It’s unknown if these presents will go through a daily rotation or if you will be able to get your hands on everything simply by opening all the presents that await you in Crackshot’s Cabin.

The Winterfest presents aren’t the only cosmetics that will be up for grabs over the holiday period, with the previously leaked event challenges also coming with unlockables.

These also range from back blings, sprays, wraps, emotes, emoticons to a music pack, harvesting tool, glider, and a contrail to boot.