Reddit is a great place to find fan-made content for Fortnite Battle Royale and one concept, called “The Safe” has been receiving some position attention.

Created by Reddit user ‘ApeLandscape,’ The Safe is a concept that proposes safes be added to the Fortnite map, spawning randomly in place of some chests.

Locked inside the safe would be a weapon guaranteed to be of Legendary rarity (gold) and it would take exactly 30 seconds for a player to crack the safe alone and retrieve the weapon.

The process of opening the safe would be slightly expedited if it’s done as a team; the more teammates try to crack it together, the faster it opens. 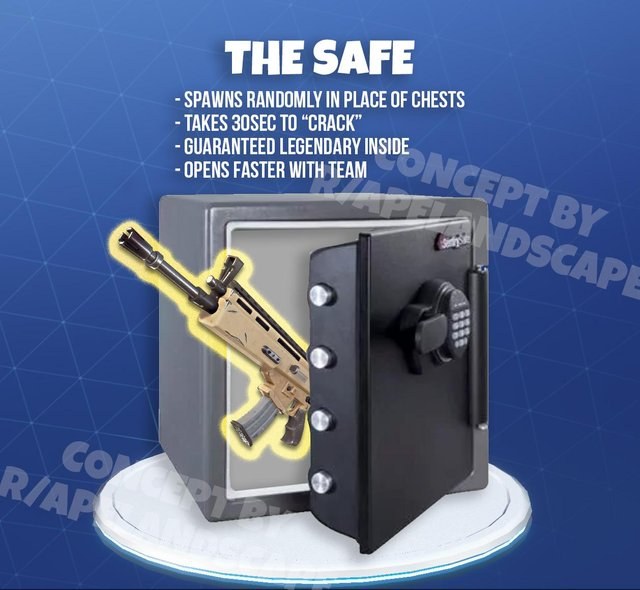 This concept of The Safe is rather interesting because, at first glance, some may think that it would play a very similar role to that of the Vending Machines.

However, it would differ in that the players will not know exactly what is being encased inside, and instead of trading in material resources to obtain the contents they have to expend valuable time to crack it.

The fact that not every Legendary weapon would be worth spending that kind of time makes it a risk pretty much anytime a player spends 30 seconds trying to access it, which seems to make the concept a lot more balanced. 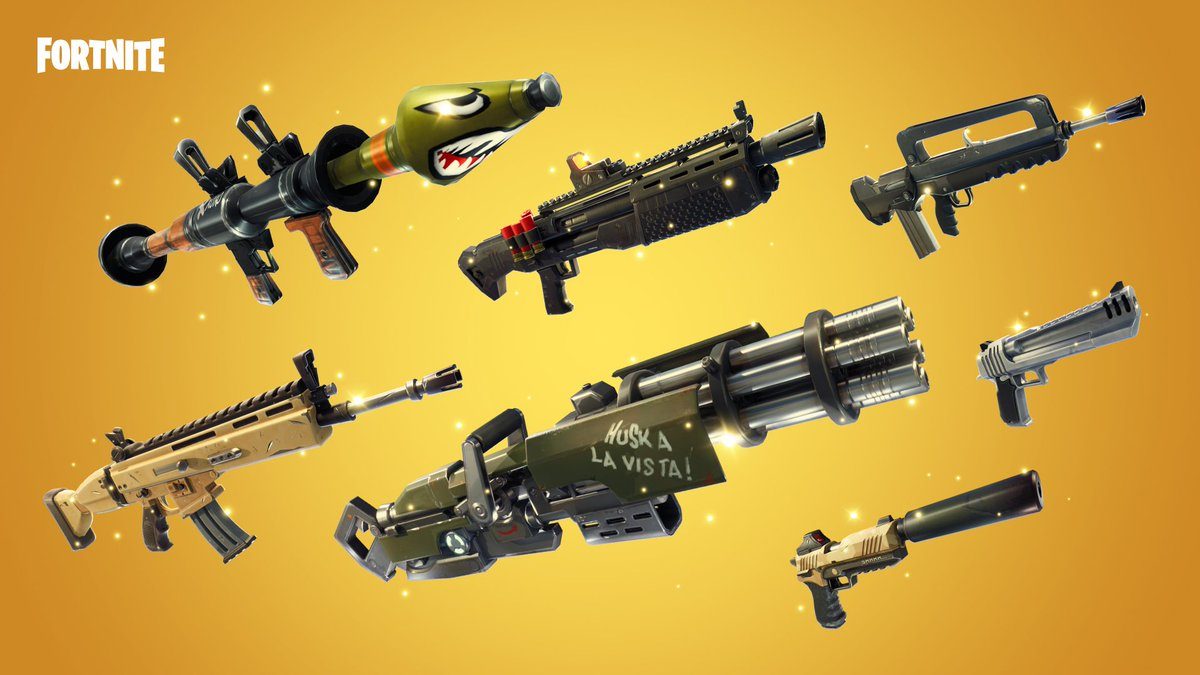 Not every Legendary Weapon is worth spending 30 seconds to get, so trying to crack a safe would always be a risk!

Adding safes in Fortnite would also introduce a new wave of tactical play in terms of players possibly using them as bait to lure others into an ambush.

Since they take so long to open, players will want to be absolutely sure that they have a clear area to work in and will not be sniped at or rushed by enemy players.

Although the creator of the concept never mentions it, it may also be smart to add a progress bar to the safe as it’s being opened, that way players will know how much more they need to go before it’s cracked.

If a player who is in the process of opening the safe leaves it to fend off enemies, the progress bar could slowly retract until the player gets back to work on it, which would not only make the safe more balanced, it would also prevent enemies from waiting until its almost open before ambushing the player and stealing the fruit of their hard work.