Fortnite fans finally have a new Mission to sink their teeth into following the festive period, with the Remedy vs Toxin challenge asking players to visit three different food trucks dotted around the map.

Anyone who plays the popular battle royale title regularly will know that over the festive period Epic Games decided not to release any new Missions, instead offering the special Winterfest event with daily challenges and rewards – as well as Star Wars cosmetics for those excited about the release of the new film.

We’re into a new year in Fortnite and even though Chapter 2, Season 1 is set to come to an end in February, there are still some final Missions to come from the game’s developers, with the Remedy vs Toxin set going live on January 9. The set is full of testing challenges, but perhaps one of the more time-consuming tasks is to visit three food trucks that can be found around the island. 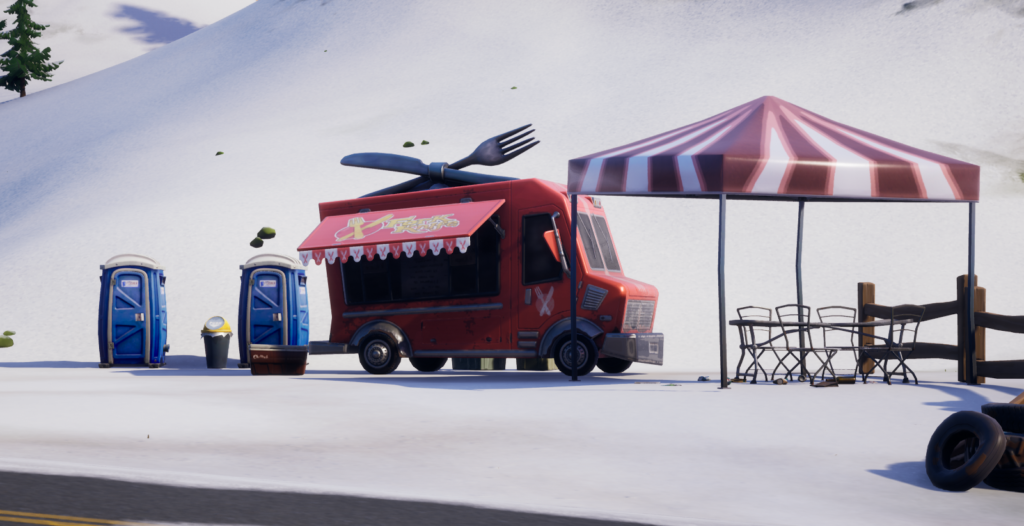 Three food trucks have been placed on the Fortnite map.

Of course, actually visiting these trucks isn’t the difficult part, it’s knowing where to go to find them. The vehicles won’t be marked on the in-game map for your convenience, so unless you have already found them and know where they are, you may be left scratching your head as you stumble around aimlessly hoping to find one by accident.

There’s good news, however, as to save you wandering across the map, we’ve done the hard work and found all three of the food trucks, marking them on the handy map below.

The Fork Knife food truck can be found near a bend in the road between Lazy Lake and Frenzy farm, while Pizza Pit set up camp just south of Salty Springs, parked beside the bridge that joins the town with the ominous Weeping Woods. Finally, those looking for the Durr Burger van need to head north, as it’s stopped at a set of houses just north of Pleasant Park. 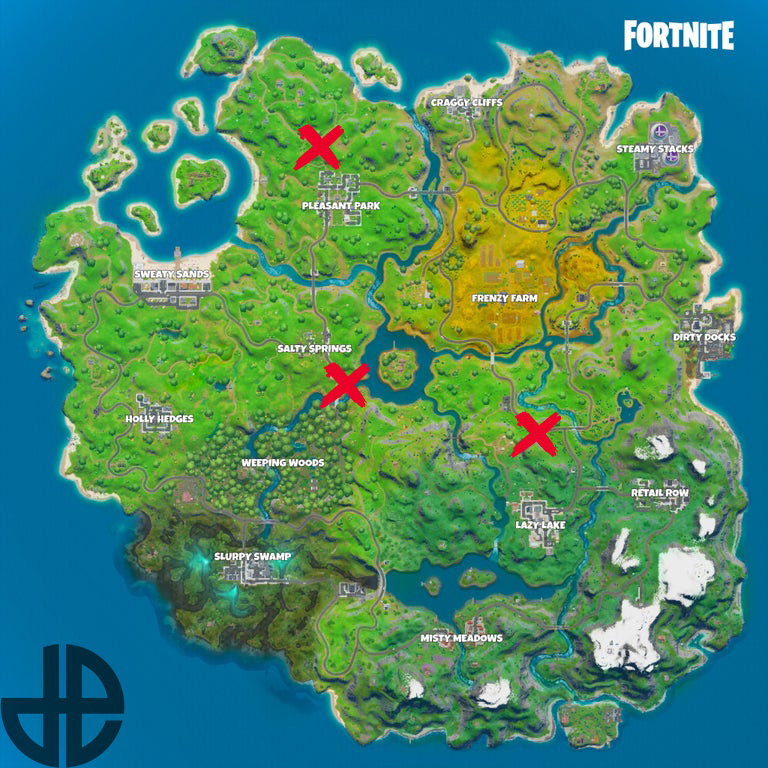 Three food maps can be found on the Fortnite map.

There are nine total challenges in the Remedy vs Toxin Mission, with players unlocking a special skin and some cosmetic items for completing them, along with massive XP rewards.

Players will also need to keep their eyes peeled for bus stops as another of the challenge, while your skill with the game’s weapons will be tested by dealing damage from Common, Uncommon, and Rare guns in a single match.