He may have won the Super Bowl, and shone at the NFL Pro Bowl to boot, but FIFA-convert Jay Ajayi may have a ways to go before he’s fully up to scratch in the eMLS, after his debut esports weekend saw him finish with a 0–12 record.

Ajayi’s NFL championship came after he was traded from the Miami Dolphins to the Eagles, where he immediately provided major impact at running back on the Philadelphia franchise’s path to their first-ever Super Bowl victory.

Things haven’t gone so well right off the bat for Ajayi in his conversion to esports, however, with the London-born athlete on the receiving end of some pretty nasty defeats. In the end, the Union recruit couldn’t manage a win in his opening day. 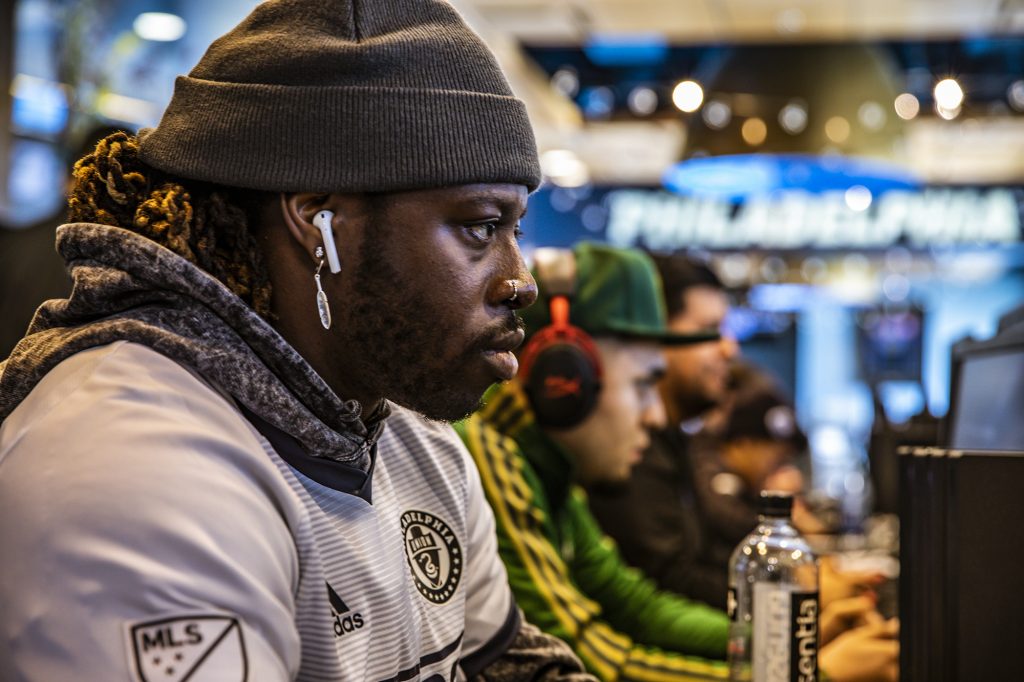 Ajayi struggled to adapt to the high-level pro FIFA is played at, and copped twelve consecutive Ls in his first day.

Ajayi’s eMLS campaign started with a 5–1 thrashing at the hands of KingCJ0. After the four-goal loss, the NFL star suggested “things always start small,” and pointed to his goal with Ronaldinho as a building block for a “stronger” run.

Unfortunately, while the Union recruit had held faith he could right the ship, it seemed his troubles were only beginning. Even swapping his team, and bringing in Liverpool duo Virgil van Dijk and Fabinho couldn’t fix his leaking defense.

In the end, Ajayi just couldn’t seem to find his rhythm. He scored 11 goals in his 12 outings, which was an encouraging sign, but no matter what he did in defense he struggled to keep out his pro rivals, and ended the day with 72 goals conceded. 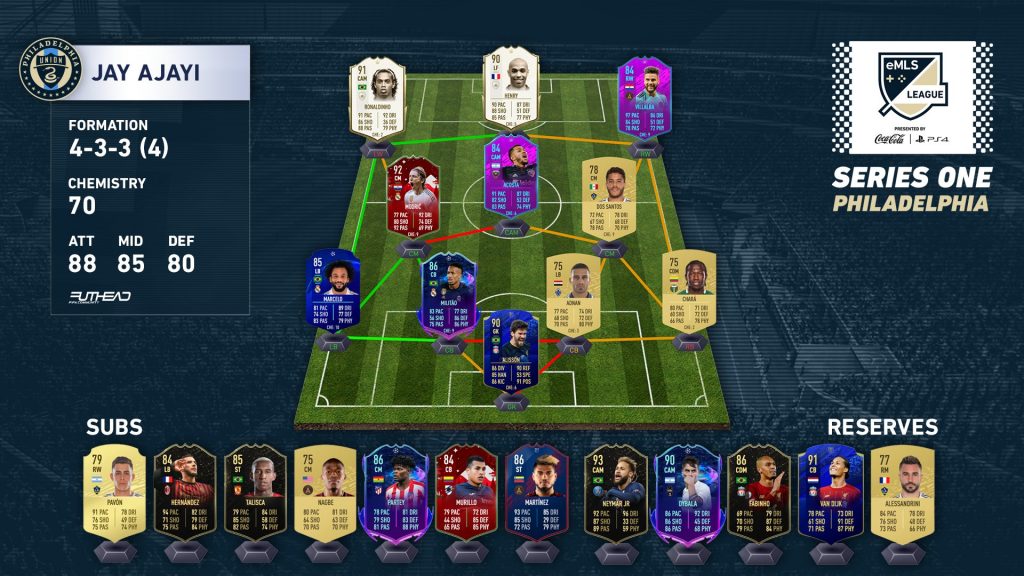 Ajayi’s initial squad for the tournament. eMLS competitors have to include at least three North American league players.

His twelve-game run wasn’t the end of his first days as an esports star, however. Due to Philadelphia hosting the event, and Ajayi playing as the Union’s rep, he was gifted a bye straight into the live-streamed final eight playoffs.

The finals showdown will be played during the comp’s Friday night stream, and Ajayi is set to face New York’s Chris ‘didychrislito’ Holly. The City star dominated the first day of the league, winning nine, drawing two, and scoring 38 in the process.

“Catch me tomorrow on the livestream for the eMLS tournament, stay tuned, I’m going to have some things for you to watch… hopefully, we get some wins, check it out,” the Union’s star signing said after his twelfth defeat of the day. 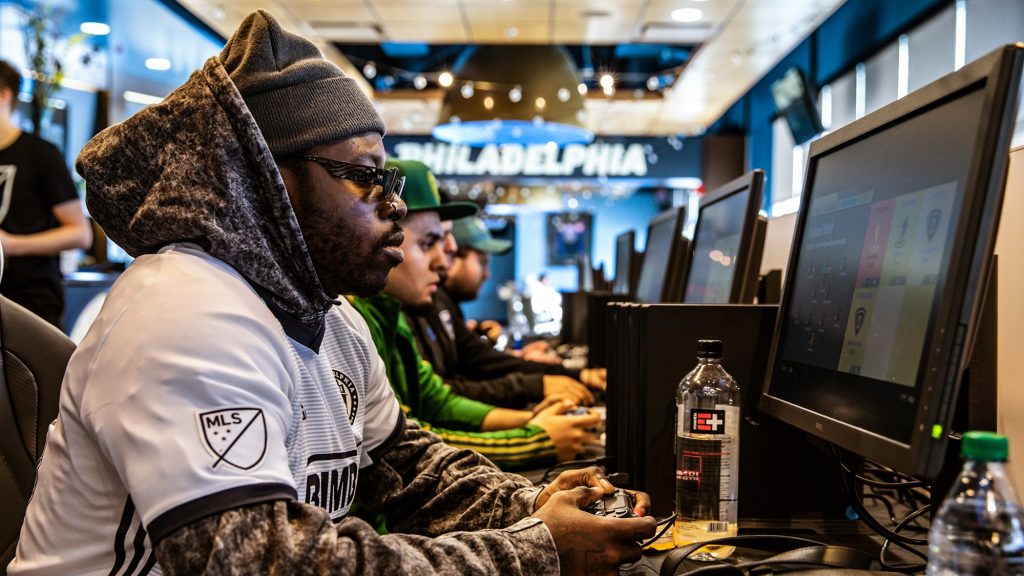 The NFL champ will have one final chance to prove himself in his first tournament after begin gifted a host-bye to the final eight.

It’s almost hard to watch Ajayi struggle for results, considering he spoke about his “passion” for the game and the sport ahead of his debut. He’s got time to improve, however, with League Two and the eMLS Cup ahead.

For now, it seems like he just has to put some time in on the sticks. His official signing announcement came just days before the first tournament, so he may still be settling into the esports routine after his high-profile switch.

And, if nothing seems to get better as he continues to play, he may consider getting back out on the paddock and trialing with a few NFL teams for the 2020 season. He’s always got that to fall back on, at least.