Who is Lia Marie Johnson and why are fans so worried about her? - Dexerto
Entertainment

Who is Lia Marie Johnson and why are fans so worried about her?

Actress and internet personality Lia Marie Johnson is at the center of social media controversy — but who exactly is this young woman, and why are fans across the net expressing concern for her safety?

After multiple distressing instances involving the celeb surfaced online in late 2019 – early 2020, fans are becoming more vocal about their concerns for Johnson, who has repeatedly assured critics that she is “okay” and just wants to be “left alone.”

Her name popping up on Twitter’s trending page, among other online outlets, might spark curiosity in those who don’t know her story — nor who she is, at all.

Who is Lia Marie Johnson?

Johnson is a 23-year-old actress, music artist and online personality, known for her involvement in such internet shows as the Fine Brothers’ “Kids React,” AwesomenessTV’s “Side Effects” television series, and even YouTube Red film “The Thinning 2” as Logan Paul’s co-star.

She likewise boasts her own YouTube channel, a home for her music videos and a few other various uploads, which currently sports over 1.8 million subscribers at the time of writing.

Johnson also has a successful Instagram account, with a similar following of 1.3 million fans, chronicling her lifestyle and travels. 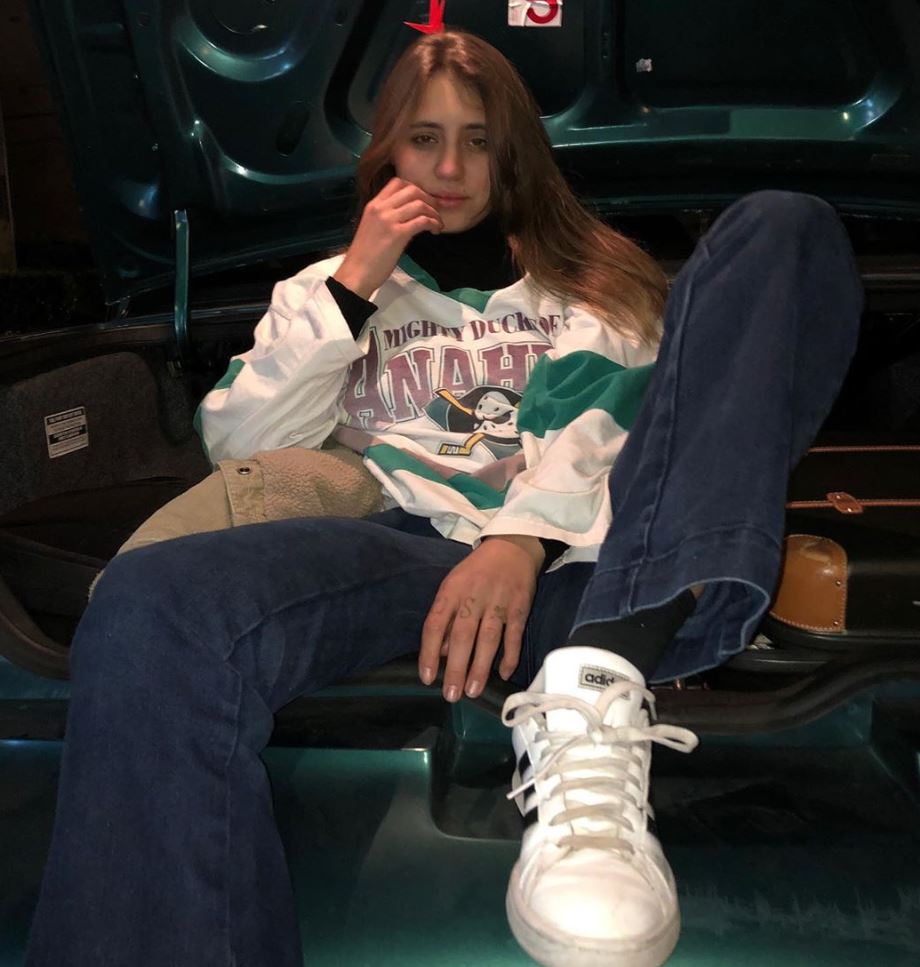 With such a massive online presence and a history of being in the spotlight, it comes as little surprise that her name is in the news — but why is she such a hot topic?

Why are fans worried about Johnson?

Heads turned across the Twitterverse after the influencer began a two-hour ‘Instagram Live’ stream on December 24, where she exhibited worrying behavior and experienced a wide range of emotions as she discussed her career and future.

Despite many labeling the broadcast as “disturbing” and even speculating that she was under the influence (due to the bagged bottle she was seen drinking from), Johnson assured fans that she wasn’t on drugs, but instead argued that her spiel came from an “interesting mindset.”

Drama surrounding the star escalated on January 2, during another Instagram Live stream, in which she appeared to be drunk or under the influence.

During the broadcast, she was seen kissing a man off-camera, who urged her to end the broadcast as it could affect “his work.”

“Lia I need this to not go out because it will effect my work” this is chilling. Lia Marie Johnson is in serious danger… pic.twitter.com/ark150mrTK

Although the identity of this man remains unknown, many believe him to be her producer, Stephen Wetherbee. Johnson also revealed that police were later called due to fan concern, with the star claiming she was handcuffed and detained.

Other disturbing instances from the star

These aren’t the first recorded instances of concerning behavior from Johnson. A leaked video from November 2019 allegedly shows Johnson engaging in a fist fight while naked, which a Twitter user claimed was due to taking a shower in her bathroom uninvited.

After asking Johnson and her male friend to take their leave, the two got physical with other members of the household, leading to eventual police involvement and even the alleged theft of the Twitter user’s laptop. 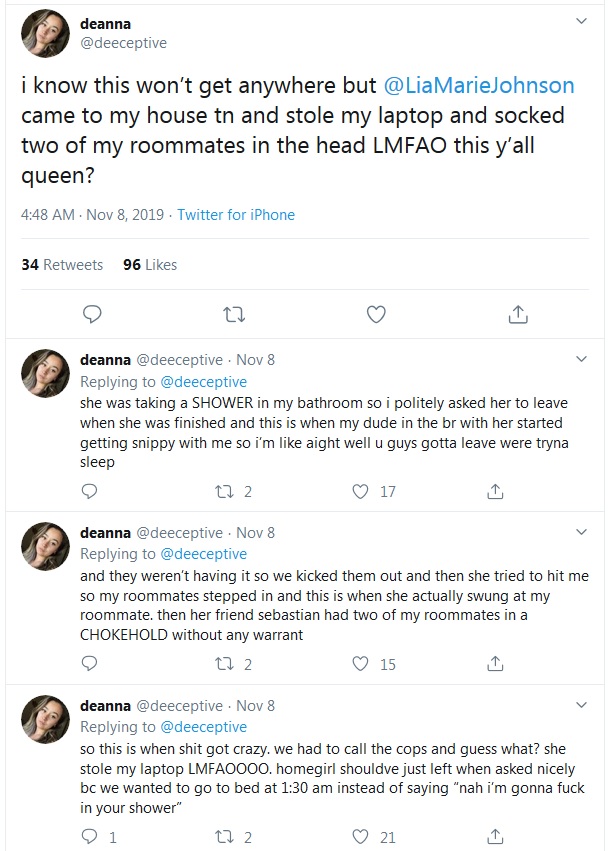 Johnson’s distressing live streams also have a storied history, with the star going live in May 2018 with a rant that had many wondering if the star was under the influence of drugs.

For now, Johnson is urging fans to leave her alone amidst the chaos from her January 2 broadcast — a request that many aren’t keen on entertaining, feeling that she is in grave danger or being exploited by those around her.