The heat of The Last Dab proved to be too much for these Twitch streamers, as the agonizing pain of the hot sauce led to an over the top meltdown midway through a recent broadcast.

First We Feast’s Hot Ones series has placed some of the most popular celebrities in a literal hot seat and tested their mettle with some of the most ludicrously spicy sauces known to man, all spread across a series of wings.

From Gordon Ramsay to Idris Elba, pain tolerance is put to the test on camera as global superstars are forced to endure some of the hottest concoctions available. Deciding they were up for the challenge, ‘TheMLGenies’ hosted a taste test in their January 13 broadcast, and it’s safe to say they were not prepared. 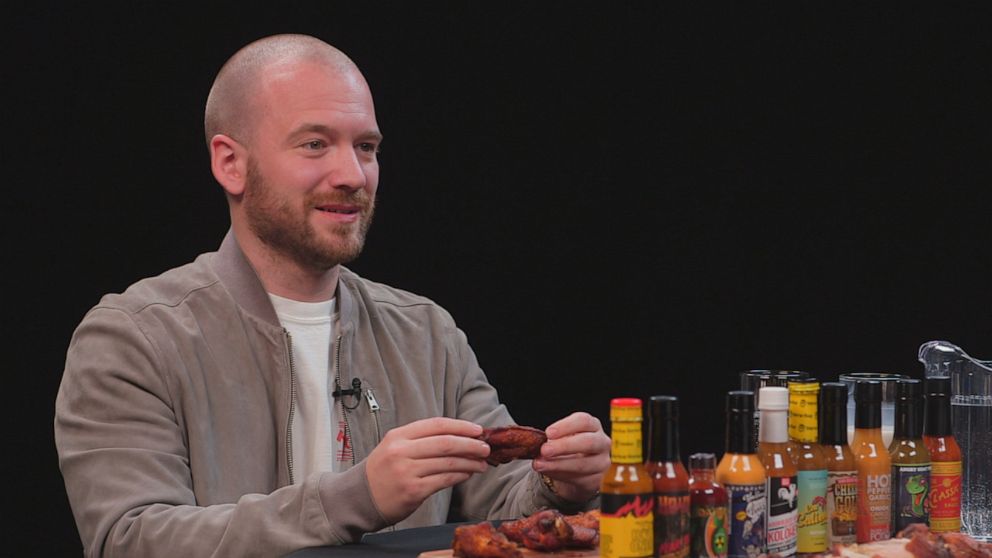 Sean Evans has hosted the popular YouTube series since its inception in 2015.

The top of the spice mountain is ushered in by The Last Dab, a hot sauce curated internally by First We Feast. Designed with the intention of pushing even the most seasoned spice lords to their limit, The Last Dab is the final hurdle and is only recommended in small doses.

Often pushing celebrities out of their comfort zone if they weren’t already, many have crumbled under the immense pressure of the final, Last Dab coated chicken wing. With that in mind, two Twitch streamers ignored all of the warning signs and figured they could handle the pain during a January 13 broadcast.

Just moments after ingesting a small amount of the sauce, clothes were torn apart and screams could be heard all throughout their house.

“It’s so hot” one of them yelled shortly after ripping his shirt in half and throwing it to the ground in pain. Turning red in the face, screaming was all that he could do while trying to endure the pain.

“Oh it hurts, it hurts so bad,” the other repeated, while laughing at his friend’s pain-induced reaction. Their tone changed as the heat ramped up even further. “It’s really starting to burn actually.”

According to the official Hot Ones store, The Last Dab is a mix of “three distinct strains of Smokin’ Ed Currie’s most infamous chili-pepper, Pepper X, Chocolate Pepper X, and Peach Pepper X,” all of which combine to produce the 3+ million Scoville sauce. It’s no surprise the streaming duo were in immense pain.

It’s safe to say that this duo won’t be looking to repeat such a daring taste test on stream again anytime soon. Despite a hilarious reaction, it seems clear that the ridiculous heat is not to be trifled with.

If you’re feeling bold enough to take on the challenge yourself, you can order the special hot sauce and see if you can withstand the pain. Just make sure you know exactly what you’re getting into first and you’re not wearing your favorite shirt.