American YouTuber Jake Paul has copyright-striked AnEsonGib’s video promoting their upcoming fight – allegedly because of an insult the video contained about him.

December 20, 2019 saw official confirmation that fans would finally get to see Jake Paul fight AnEsonGib. The fight was confirmed for January 30 meaning it is only a few weeks away.

However, the bad blood between the two men appears to be worsening if the latest developments are anything to go by. The details for the press conference were revealed on January 3, but fans may be treated to a back-and-forth before then. 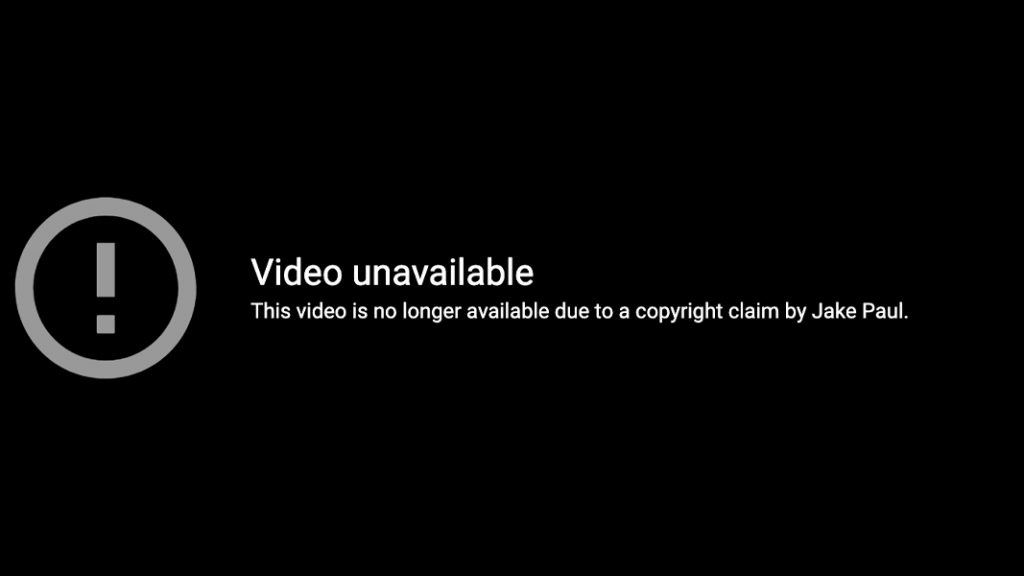 The message viewers are met with when clicking the video.

On January 4, Harry ‘Wroetoshaw’ Lewis, a British YouTuber and friend of Gib’s, tweeted: “Jake Paul copyright-striked Gib’s video because he made fun of his hairline, you can’t make this up”.

Attached was a video of him following a link to a recent YouTube video, only to be told the video is no longer available. He followed his tweet up by tagging Jake Paul and referring to the event as a loss for the American.

The strike from Jake Paul allegedly came as a result of Gib mocking his hairline. While it’s not possible to view the video anymore, both Paul sibling’s hairstyles have been targeted for jokes in the past.

Paul subsequently responded to Wroetoshaw’s tweet, telling Gib that his “boyfriend” is upset over the copyright strike. He concluded his reply by saying: “F**K OUTTA HERE STEALING MY CONTENT.”

YA BOYFRIEND HERE IS UPSET

MAYBE AN OTPHJ WOULD CALM HIM DOWN

Social media users’ responses appeared to relate to which YouTube star they will be supporting in the pair’s January bout.

Fans of Paul echoed his message that Gib should not be using the American’s content, while those supporting Gib argued Paul had done it just to spite his opponent.

Regardless, it should make the pair’s upcoming press conference all the more interesting.