Thanks to the advent of live streaming, platforms like Twitch and Mixer provide audiences with a near-constant stream of content – sometimes capturing awkward, unexpected, and downright inappropriate moments as they happen in real-time.

As Twitch grows ever more popular, so too do its controversies, with the site experiencing ample slip-ups from multiple streamers in its lifetime.

From broadcasters throwing cats over their heads to recording actual fistfights and blatant harassment, Twitch has seen a slew of shocking moments throughout the years – and its count of these moments has now increased by one.

While what constitutes appropriate and inappropriate behavior on Twitch continues to warrant discussion, some acts clearly violate the site’s community guidelines, which were breached after one streamer flashed her mammaries for the camera during a September 27 broadcast.

The streamer in question was broadcasting herself painting a mountain scene onto a canvas before taking time to speak with her chat, leading to a totally unexpected turn of events.

Although the VOD of her stream has since been deleted, with the artist appeared to have been talked into exposing herself, commenting that she had “such bad anxiety today, too,” before biting the bullet. 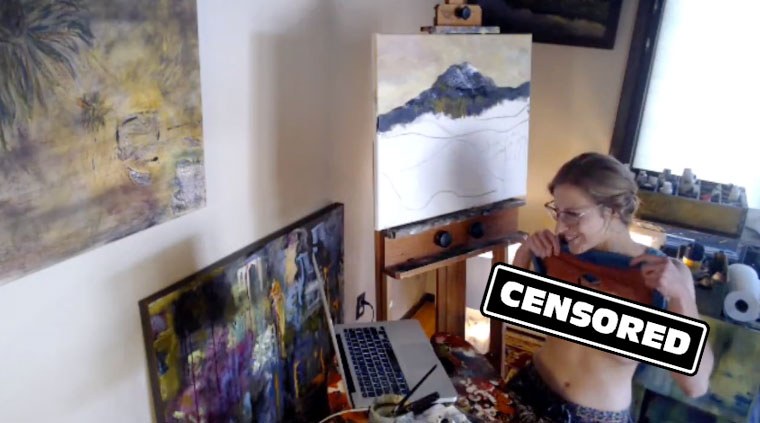 An edited screenshot from the deleted video
600[ad name=”article3″]

This wouldn’t be the first time a streamer has exposed themself on camera in recent days, either: TwitchCon 2019 is currently underway in San Diego, California, with plenty of broadcasters streaming their experiences of the massive event for their audiences.

DJ’s “Koi and Bambi” decided to broadcast from a private party at the convention when a guest got a little too comfortable on camera, opening up her blazer to flash viewers before stepping out of frame. 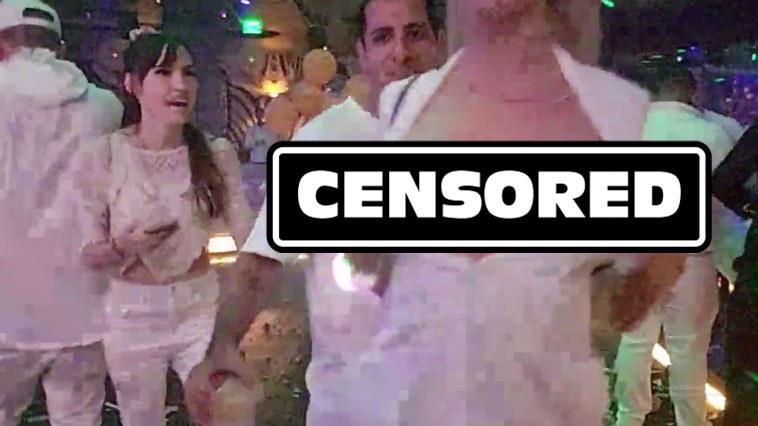 An edited screenshot from the deleted video
600[ad name=”article4″]

Unlike the artistic streamer mentioned above, Koi and Bambi’s Twitch channel has yet to be banned, although the VOD and clips from their broadcast have since been deleted – likely to avoid a potential suspension.

The artist’s ban comes as no surprise: Twitch takes a hard stance on behavior that breaches its Community Guidelines, with both a “pin-up” artist and popular streamer Amouranth being banned for such “sexual content” in the past – although word is still out on when this particular streamer will be online again.