The timing couldn’t be worse for star Twitch streamer TimTheTatman in World of Warcraft, as the game crashed right when he was giving it the highest of compliments.

The re-launch of World of Warcraft Classic has created an incredible phenomenon on Twitch that very few games have been able to achieve in the past.

Simmering in nostalgia, many of the platform’s top streamers have all hopped in and stayed on the game the moment it returned, surpassing over 1 million views at launch.

One streamer that many fans were waiting to watch play the iconic game was TimTheTatman, whose love for WoW has always been well-documented.

Funnily enough, during an August 28 livestream, the burly content creator saw the game crash right before his eyes as he was talking about how great it was. 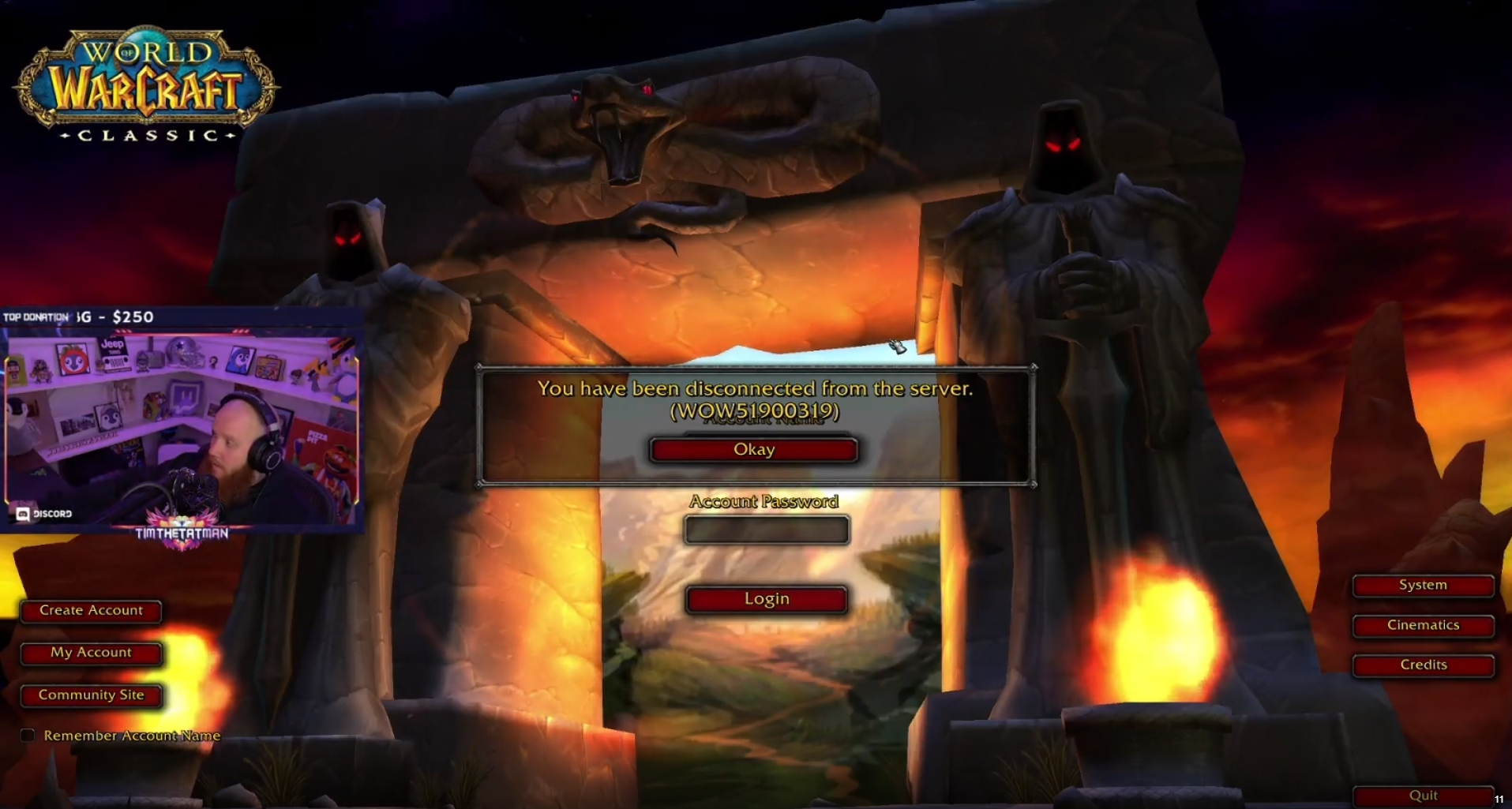 When one of his viewers chat expressed confusion about WoW in the chat, Tim wanted to clarify how he felt about the game.

“You don’t know what you’re watching, you never played WoW? What you’re looking at is the greatest game ever created. Any questions?” he said, in a matter-of-fact tone.

However, not even half a second after he finished with his glowing compliments, the game suddenly disconnected and sent him back to the main login page.

“Son of a…” he said, laughing. “I just got disconnected just as I said it. I hate this f-ing game. Hang on a minute.”

It didn’t take long for Tim to make a complete 180-degree turn when it came to his opinion of the game as soon as it disconnected, although he was clearly joking, of course.

The fact that he and everyone else are even able to play at the moment is a lot better of a situation than even a couple of days ago, when queue times to get into servers were out of control, forcing Blizzard to expand their servers to make room for all interested players.