After criticizing Sweet Anita and firing shots at Twitch directly, Jaryd ‘Summit1g’ Lazar and his partner ‘LilChipmunk’ have publicly apologized for their reactions.

Sweet Anita is no stranger to the spotlight on Twitch as the streamer has opted to embrace her Tourette syndrome and face all of the public controversy that may come her way. A recent broadcast went viral after an uncontrolled outburst left Anita the target of much criticism.

Fellow Twitch streamer LilChipmunk was one of the first to publicly lambaste Anita in a series of now-deleted Tweets. Following the controversy, however, both LilChipmunk and her partner Summit1g have come forward to express their regret, and apologize for their backlash. 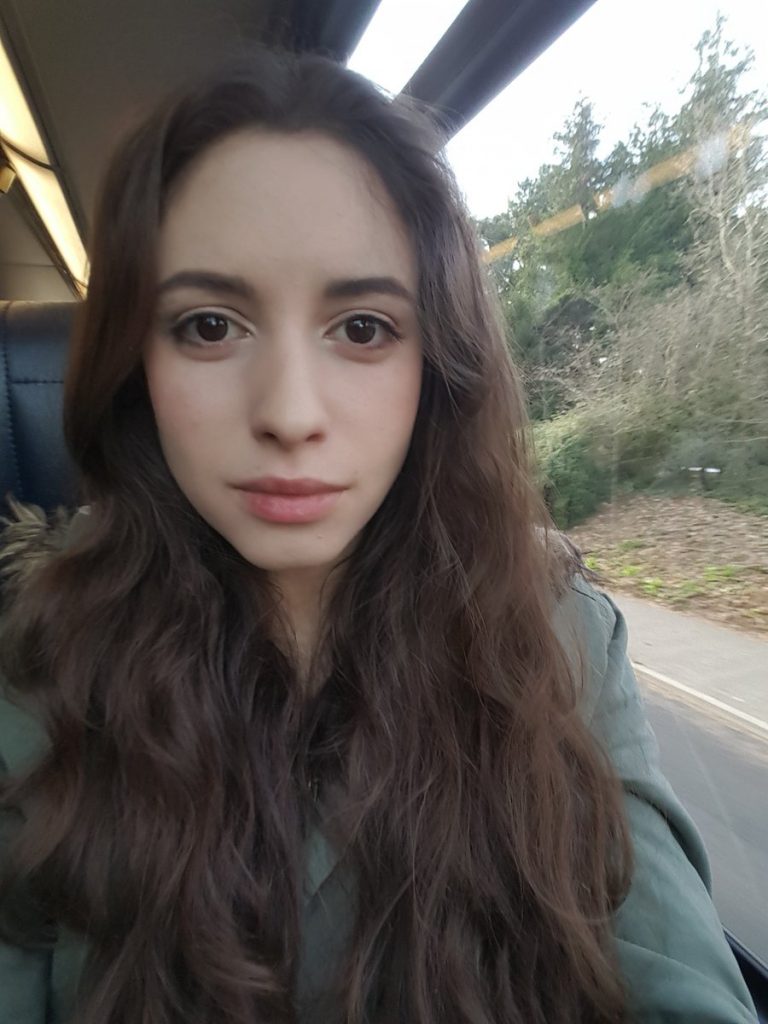 Anita has amassed over half a million followers throughout her time on Twitch.

In a since-deleted Tweet, Twitch partner LilChipmunk responded to a recent outburst from Anita that gained traction on social media, arguing that she “should have some way to mute herself.”

“How’s this allowed? I don’t care if she has Tourettes,” she expressed, directly calling out Twitch in the process for “promoting” her uncontrollable condition.

Serving as the catalyst for a detailed explanation by Anita in her most recent broadcast, the streamer outlined the difficulties of publicly embracing the syndrome and facing backlash from other popular personalities.

“People just don’t understand and sometimes that can be hard,” she described. “But rather than fixate on the negatives and fixate on the people being abusive, I’d rather use it as an experience that I build something positive from.” 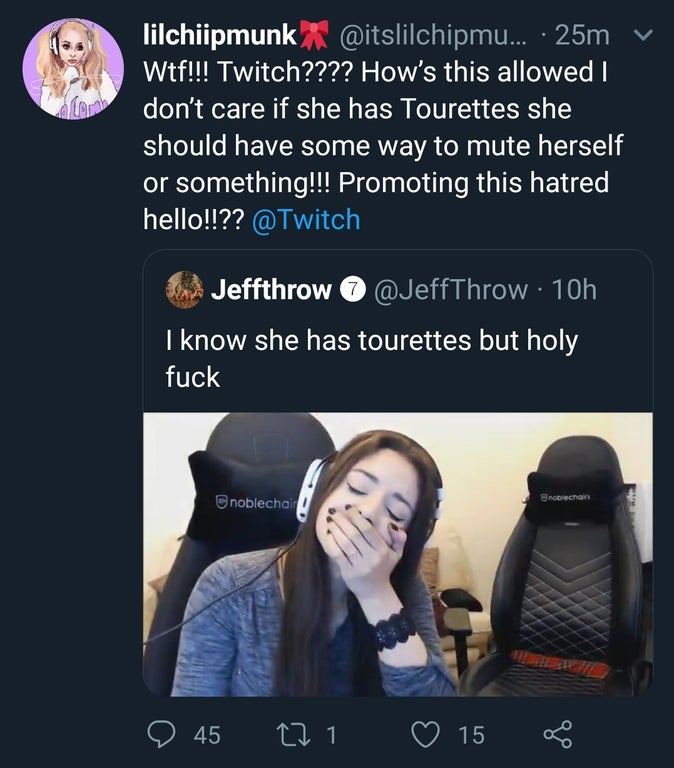 Apologizing for her initial reaction, LilChipmunk has since deleted this Tweet.

Backtracking from her initial reaction, LilChipmunk came forward on December 11 and issued a public apology to Anita and expressed resentment for the way in which she reacted.

“I wasn’t in the right state of mind. I was emotional and didn’t think it through,” the streamer asserted. “Sorry to anyone I offended.”

“You are right Twitter. I’m sorry [Anita]. I shouldn’t have said the things I said last night, I didn’t mean it. Being in the wrong or right state of mind is no excuse.”

I’m apologizing for last nights actions… I wasn’t in the right state of mind I was emotional and didn’t think it through. Sorry to anyone I offended.

You are right Twitter. I’m sorry @Tweet4nita. I shouldn’t have said the things I said last night, I didn’t mean it. Being in the wrong or right state of mind is no excuse.

Echoing the sentiment of his partner, Summit1G further elaborated on-stream and was quick to double down on the apology for the way LilChipmunk initially reacted.

“I just wanted to give an apology to Sweet Anita,” he sais. “I hope you’re doing okay through all the bullsh*t. You’re killing it on Twitch, keep it up and keep trucking through.”

“I apologize if me or the girlfriend have caused any more bullshit than you needed to go through. For Caroline, she knows she f***ed up, and this is just gonna have to be something she grows from and learns from and I promise you that will happen.

“She’s gonna learn from this and this is going to be a humbling experience for her. She overstepped and said stuff without thinking.”

Clearly aiming to build from the regretful controversy, both LilChipmunk and Summit1G were regretful, apologetic, and appeared to be much more understanding of Anita’s circumstance having taken in the full context of the situation.

Certainly not the first time that Anita’s uncontrollable tics have been the focal point of the Twitch community, it wasn’t long ago that the streamer overcame one of her most frequent triggers.