A speedrunner at Awesome Games Done Quick has taken shots at popular Twitch streamer Natalia “Alinity” Mogollon over the drama surrounding her treatment of her pet cat.

The streamer, who goes by the name BloodThunder, was on stage playing 2007 classic BioShock and approaching the end of his performance at the event when he found a dead cat.

He decided to show some humility and give the cat some grace in its death, picking it up and choosing to take it to a safe place. However, he couldn’t resist taking a dig at Alinity in the process. 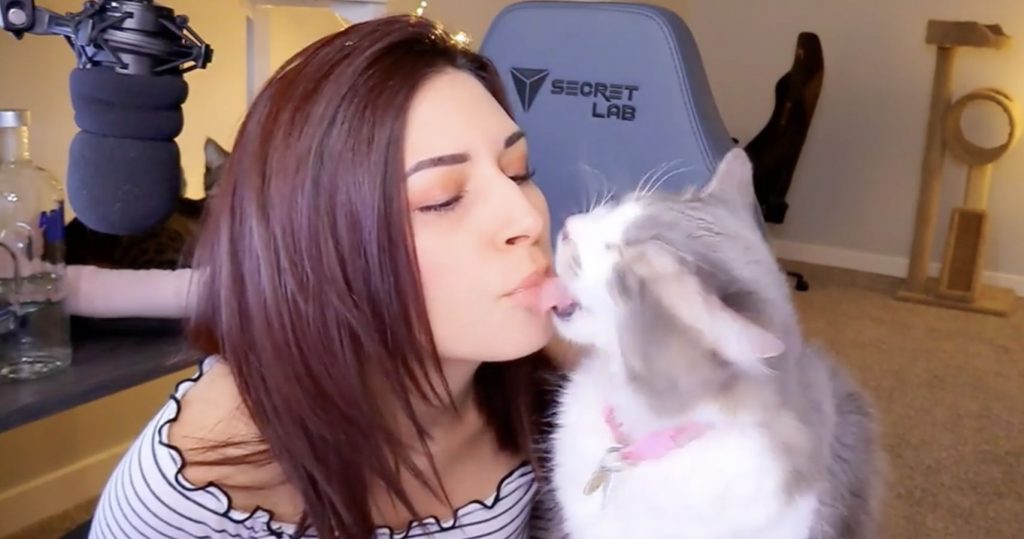 Alinity has come under fire several times for her treatment of her pets.

In July 2019, Alinity was hounded by users online for her mistreatment of her cat after a clip went viral of her throwing it over her head during an Apex Legends stream.

Since then she has regularly been criticized for it and the internet hasn’t let her forget. BloodThunder is one of those people, who opted to crack a joke about it while caring for the deceased cat.

He said: “The thing is, if you’re going to have a pet, you’ve got to take care of it. You don’t want to be like your favorite Twitch streamer and just throw it around.” He finishes off by telling the cat “you’re going to live happily ever after.”

Although no names were mentioned, the joke was a clear dig at Alinity, and it elicited a great reaction. The crowd found it hilarious, and his peers sat behind him were awkwardly stifling laughter, covering their mouths or simply looking like they were trying not to smile.

A couple of minutes later, BloodThunder completed the game, with an impressive time of 49 minutes and 59 seconds – which, somehow, was still 10 minutes shy of the world record.

Despite the fact that players are literally locked in on completing games as fast as possible, GamesDoneQuick always seems like an incredibly chilled-out environment, and little jokes like this just prove it.