Seth Rogen has reacted to an inundation of tweets saying that a smiling dog gone viral looks exactly like him – and he loves it.

Rogen is a comedian and actor that has featured in some of the most popular comedy films of modern times. He has played leading roles in films such as Knocked up, This Is the End and The Interview, working with the likes of James Franco and Jonah Hill to name but a few.

With any major star, social media is an incredibly important tool – for better or for worse – but Rogen isn’t a regular poster online. However, when he does, it’s always a success, and now he’s gone viral after reacting to a photo of a dog that everyone has been telling him he looks like. 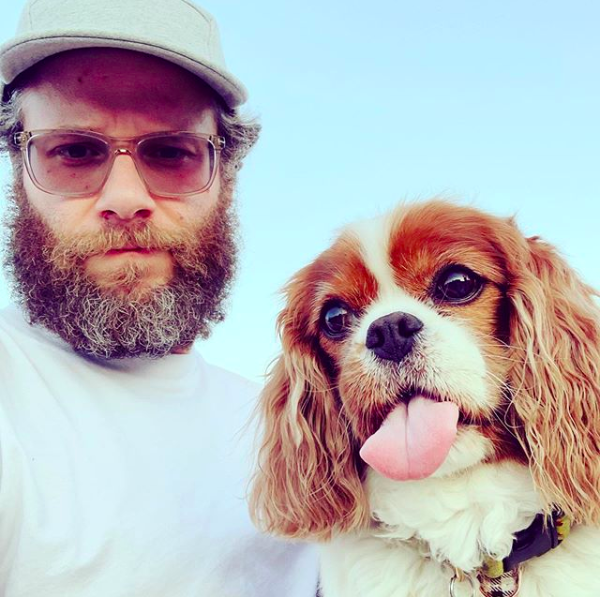 Seth has a dog of his own, a Cavalier King Charles Spaniel named Zelda.

In a tweet posted on January 9, Rogen quote tweeted a photo of the dog – smiling, and looking distinctly wholesome – addressing the “dozens” of people who tagged him in the tweet.

However, while some people might be offended at the suggestion that they literally look like a dog, Rogen seemed particularly pleased with himself.

He said: “I’ve been tagged by dozens of people saying I look like this dog and I couldn’t be more flattered.”

I’ve been tagged by dozens of people saying I look like this dog and I couldn’t be more flattered. https://t.co/x0y3fFmeMd

You can see why some people may consider there to be a resemblance between the two, particularly around the eyebrows and with their matching bushy hair, though we’d hesitate to call them complete doppelgangers.

Barely 12 hours later, Rogen had already received over 52,000 retweets and nearly 500k likes on the tweet, with fans absolutely loving the comparison between the two.

One user even went so far as to create a short video of the scaling evolution from smiling dog to Seth Rogen, and it definitely makes it more clear what exactly people are seeing.

Rogen is just one of many people to have been told he looks like a random animal here and there, but the way he embraces it is both hilarious and heartwarming.

Who knows, maybe we’ll see Rogen’s lookalike appearing on the big screen in the near future: after all, stranger things have happened.