Super Smash Bros star Juan ‘Hungrybox’ Debiedma has announced a Hot Ones parody show titled ‘Hot Juans,’ with the Team Liquid star hoping he can get noticed by First We Feast host Sean Evans and invited onto the popular YouTube show.

Hungrybox, who is considered one of the five ‘Gods’ of Melee and first broke into the competitive scene in 2009, has expressed his interest in appearing on First We Feast’s wing-based talk show, and has created his own version in an effort to get noticed.

“Hot Juans is not to be taken lightly or seriously,” Hungrybox’s disclaimer ahead of the video read. “It’s made under the context of satire, parody, and comedy. Remember, imitation is the sincerest form of flattery.”

The disclaimer also had a promise — or maybe a lighthearted threat — from the Smash star to the Hot Ones founder: “We will continue making these episodes until I, Juan ‘Hungrybox’ Debiedma, am formally invited onto Hot Ones. The ball’s in your court, Sean.” 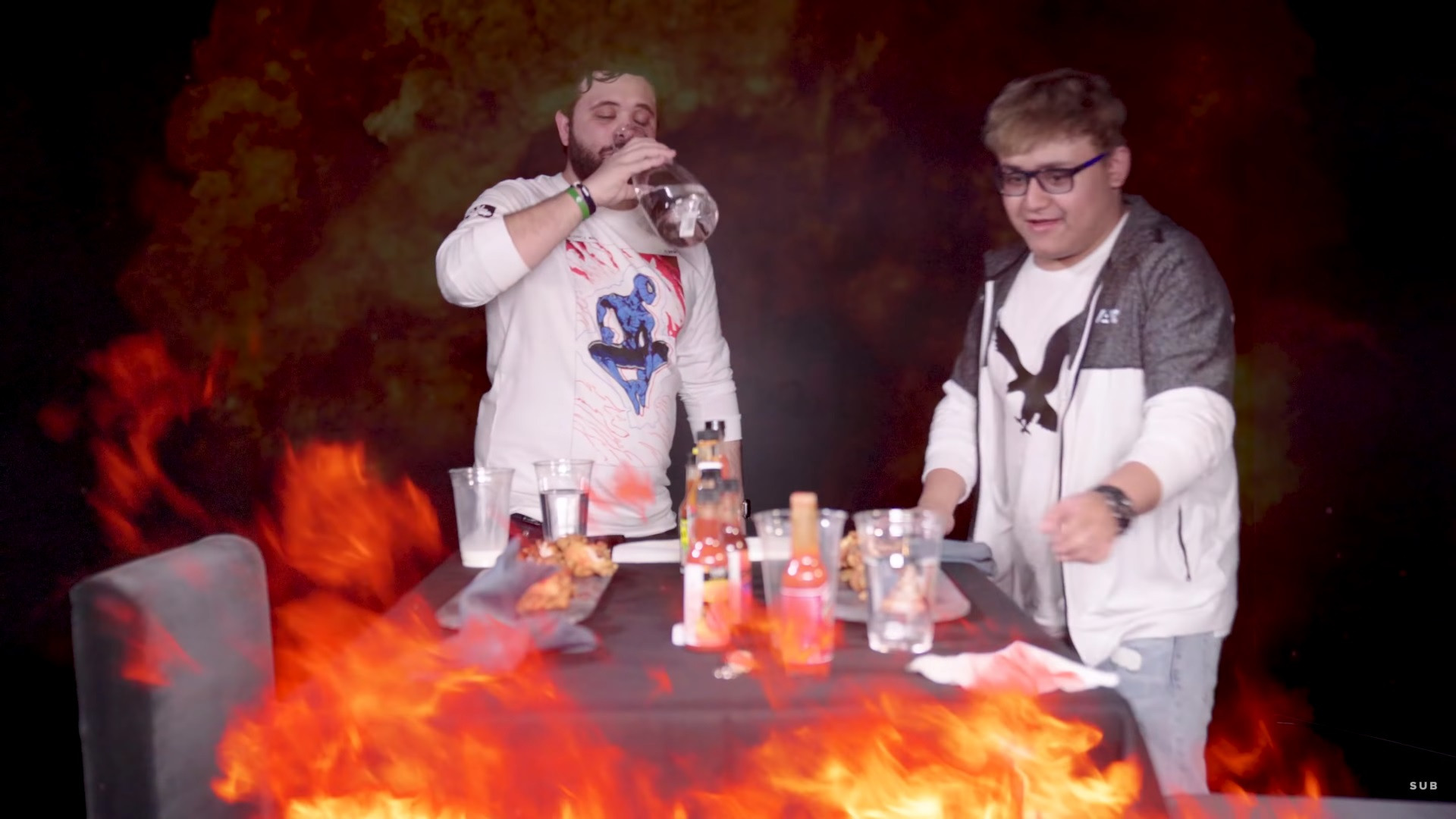 Hungrybox and MKLeo turned up the heat with a Hot Ones parody show ‘Hot Juans.’
[ad name=”article2″]

Dediedma opened his debut episode of the parody series with one of the biggest names in the fight game scene, Echo Fox superstar Leondaro ‘MKLeo’ Perez, who was quick to express how nervous he was about eating a plateful of spicy wings.

“I’m kind of nervous, I haven’t eaten all day. I’m kind of excited,” Perez stated, and expanded on why his nerves were buzzing by simply stating “spicy” when investigated by the Hot Juans host.

The two were soon tucking into the trays of wings covered in hot sauce, however, and MKLeo’s prediction about the spiciness of their meal quickly proved correct. The two were soon crying and battling through the heat as they discussed the SSB competitive scene.

In the end, the Smash duo made it through their pile of wings, though it seemed like Hungrybox suffered just a little more than the usual Hot Ones host, a fact fans didn’t let him forget about.

“This is hot ones if the host was suffering just as much as the guest and I am LIVING for it,” Chortle said in praise of TL’s new parody video, while Phamman expressed their excitement for more guests in the near future: “This was great. Can’t wait to see more players!” 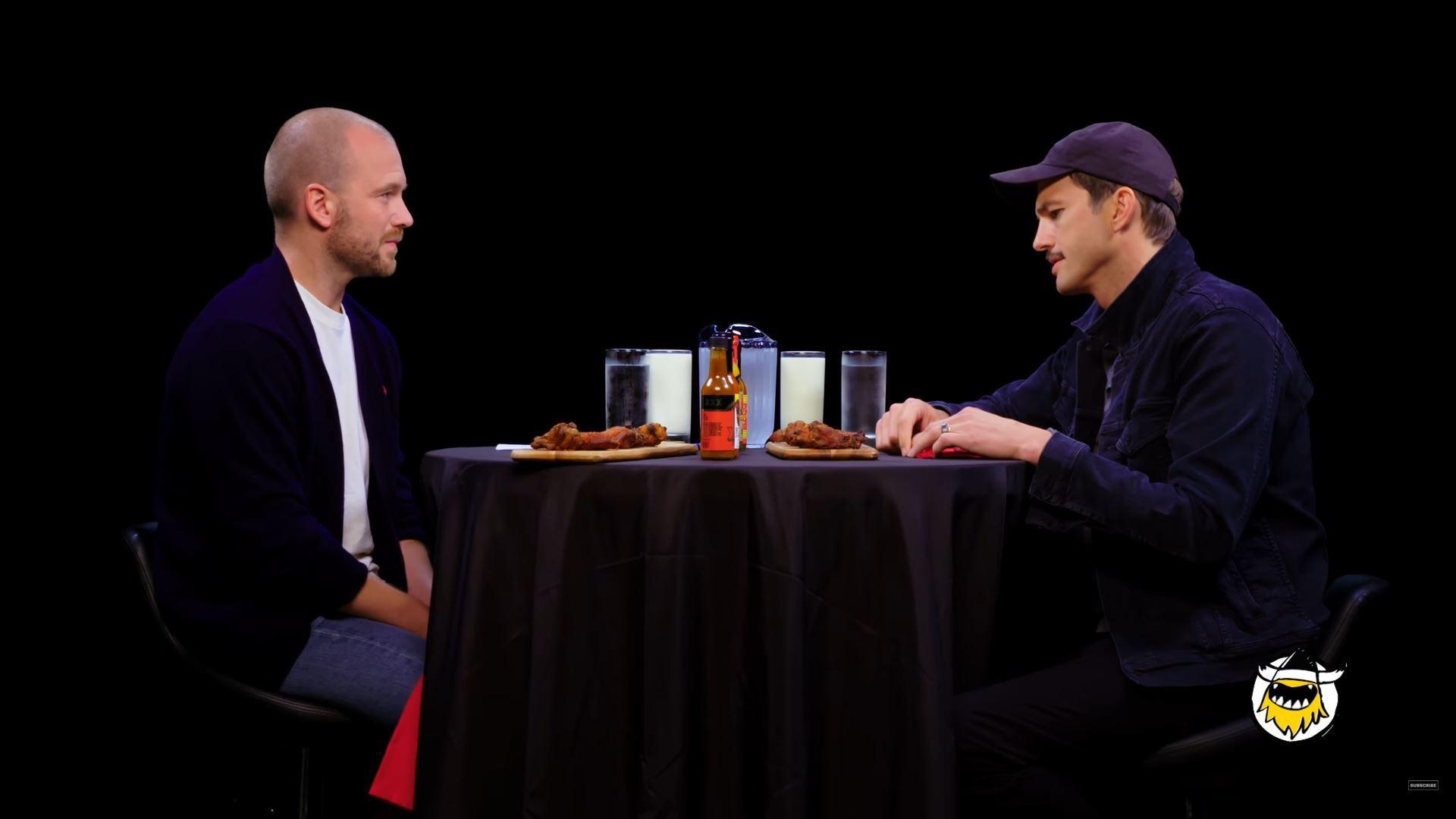 Considering just how perfect Dediedma gamertag is for the Hot Ones show, it seems only fitting that the Smash king would find his way to the same table as Sean Evans in the future.

Either way though, fans win — either Hungrybox’s pleas to head onto the show are heard and he joins the First We Feast series for an episode, or the community is treated to more esports and games related ‘Hot Juans’ episodes. It really is a win-win situation.