At the very top of Twitch, the most popular streamers are attracting more and more viewers as the platform grows, and some new names are rising to the top of the ‘fastest growing’ channels list.

For almost the entirety of 2018, one name dominated the top of this ranking – Tyler ‘Ninja‘ Blevins. The former Halo pro took his talents to Fortnite, and quickly became the face of the game on Twitch, as well as YouTube.

He still has a very comfortable lead in followers, with over 5 million more than 2nd placed Michael ‘shroud‘ Grzesiek – but the former CS:GO pro is coming for the top spot, and fast.

For the first time in months, Ninja has dropped out of the top three fastest growing channels, dropping down to fifth, while shroud is comfortably at the top.

The release of Apex Legends has given Grzesiek a big boost, as his incredible skill has made him a standout player, and allowing him to build on his already massive fanbase.

In second place is League of Legends pro Martin ‘Rekkles’ Larsson. The Fnatic player only began streaming on February 4, and he has already gained almost 500,000 followers. 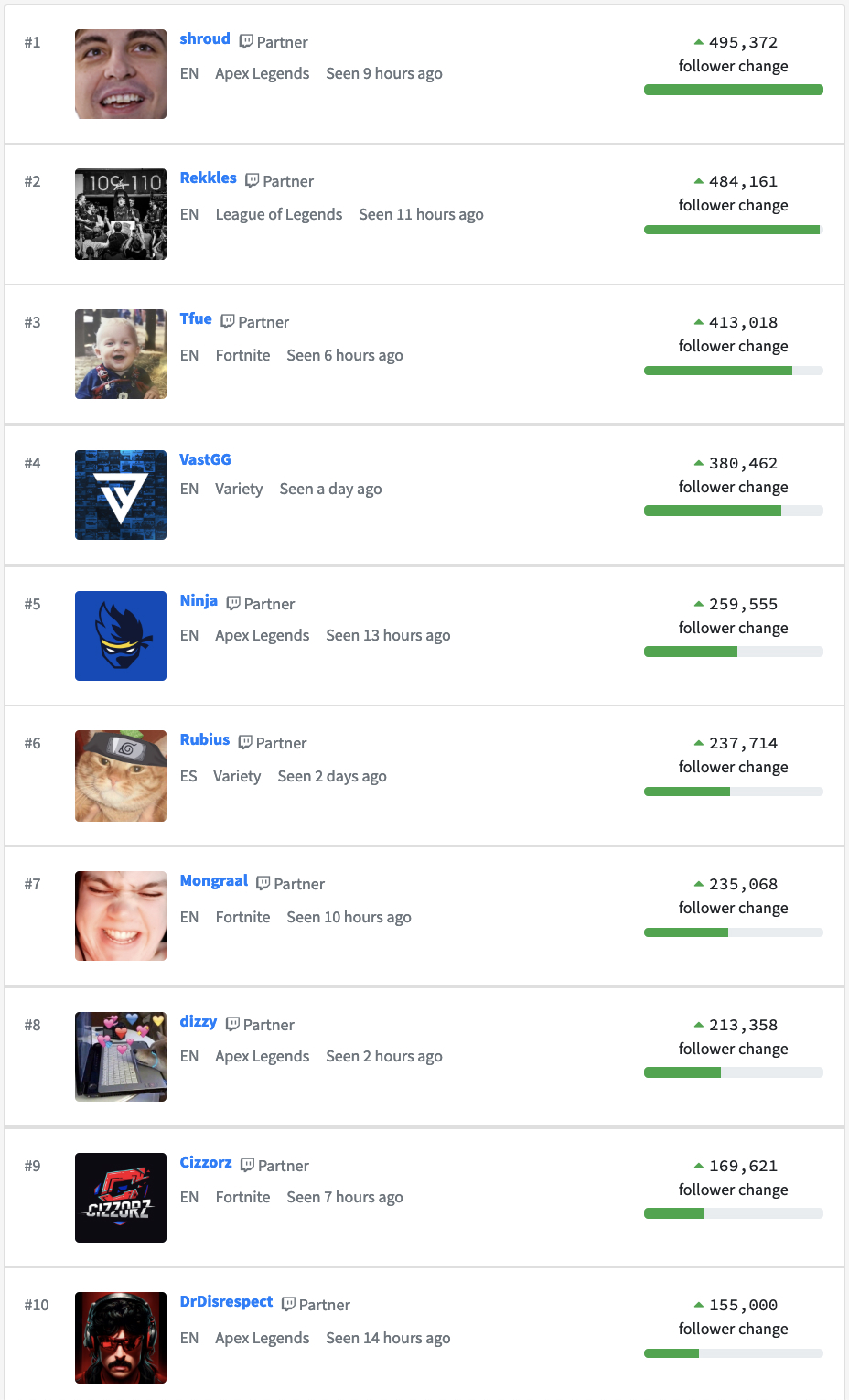 Fortnite streamers Turner ‘Tfue‘ Tenney and Kyle ‘Mongraal‘ Jackson remain in the top 10, while another streamer who has boomed with Apex Legends, Dizzy, makes his first appearance on the list with 213,000 followers gained so far in February.

There’s still over a week in February for even more growth for these streamers, with both Apex Legends and Fortnite streamers comfortably co-existing.

Rekkles is the odd one out with League of Legends, but the launch of his channel has provided an influx of followers that is likely unsustainable in the long run.