Two of the most popular Twitch streamers, Michael ‘shroud’ Grzesiek and Dr Disrespect, have always shared a healthy rivalry, but also a mutual respect. In fact, shroud says that to this day, the Doc remains his ‘favorite’ streamer.

The pair represent two very distinct attractions of Twitch. Shroud, the former Counter-Strike professional, is popular largely due to his unmatched skill in FPS games, while Dr Disrespect, although skilled, owes his popularity more so to his persona and unmatched production value.

That isn’t to say that shroud is not ‘entertaining’ beyond his skill, or that the Doc is lacking in skill – both are competent in almost every aspect of what makes a great streamer, but they both have their own draws, which pull in viewers in the tens of thousands every time the go live. 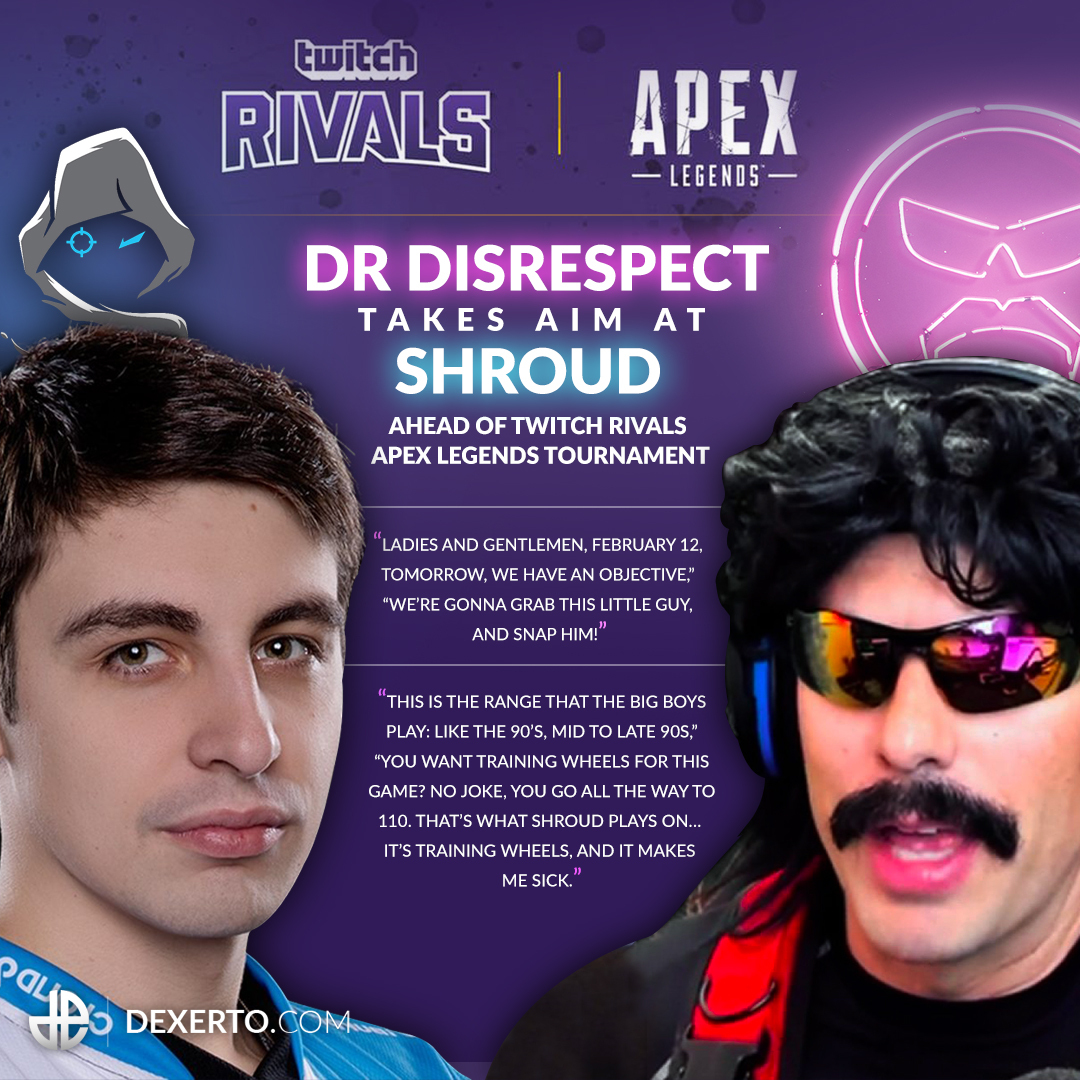 Shroud and Dr Disrespect will be pitted against each other in the Apex Legends Twitch Rivals tournament.
800https://www.instagram.com/dexerto/

Dr Disrespect plays on the fact that shroud is known for his skill, setting him as his primary target in the Apex Legends Twitch Rivals tournament – and there are no greater rivals than Shroud vs the Doc.

But, while shroud doesn’t necessarily respect his rival’s skill, he certainly respects his stream value. On February 11, a day before the tournament, shroud explained that the Doc remains his favorite.

“Doc will always be my favorite streamer, hands down,” shroud states, “But, I watch Doc for him, you know, I don’t necessarily watch the Doc for *ahem*, the gameplay.”

A slightly tongue in cheek compliment, shroud is likely throwing a gentle dig back at Dr Disrespect, after he was called out on stream by his opponent earlier in the day.

The Doc has set his sights on taking down shroud in the Twitch Rivals event, which will be broadcast on February 12, and features many of the biggest names in streaming competing on Respawn’s new battle royale.