Streamer Caitlin ‘Zayka Princess’ Harley has been steadily growing on Twitch and Instagram in part due to the fact she looks nearly identical to infamous model Belle Delphine.

According to her channel’s description, she is a 20-year-old from Ireland who plays a variety of games. Notably, her hair is made up the very same way the “Gamer Girl Bathwater” creator Belle Delphine did hers – bright and pink.

Over on Instagram, the streamer has posted multiple photos done in a similar style to that of Belle’s, with freckles and even making similar “ahegao” expressions.

On August 3, Zayka posted a photo to Instagram wearing an Overwatch D.va outfit. Notably, Belle wore the same outfit while promoting her bathwater a month earlier.

Dexerto asked the rising Twitch streamer if she was a fan of the model and she said she wasn’t. 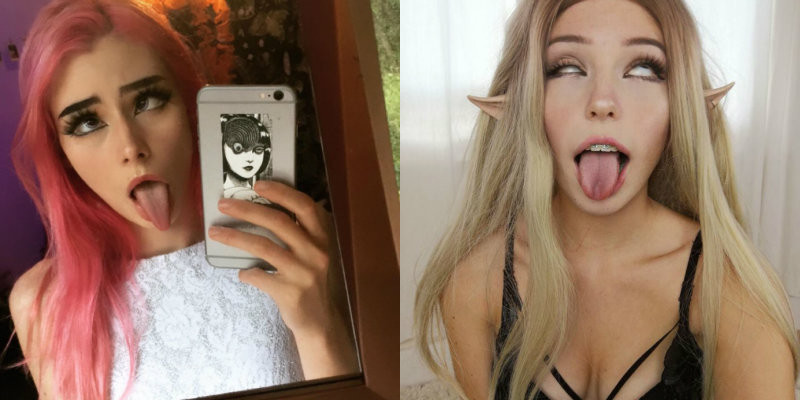 According to the unofficial Twitch stat tracking website Twitchmetrics, despite only joining the platform on July 25, the streamer already has 1,041 followers.

It will be interesting to see how much more she can grow in 2019, especially with Belle not posting content.

Rise and fall of Belle Delphine

Delphine, born Belle Kirschner, is a 19-year-old who went viral after she decided to sell her bathwater to fans online.

The stunt earned the pink-haired model international media attention
throughout July 2019 until disappearing in early August after a trip to
Greece where she claimed to have suffered from food poisoning.

While the model did promise her Patreon supporters new content, she was reportedly scamming them.
A source told Dexerto back in August that Delphine “hasn’t been active
at all or fulfilling the promises to her patrons that pay for the $1,000
tier”.

Luckily, for those looking for a Belle substitute, Zayka Princess has stepped in to fill the void with her Twitch stream.