Cosplay model Belle Delphine is in some hot bathwater for allegedly scamming her Patreon supporters.

The former Instagram cosplay model had made a name for herself after a series of stunts including literally selling her used bathwater for $30 a bottle to thirsty fanboys.

Previously, 19-year-old trolled her fans by promising them she’d create a channel on an adult site if a photo got one million likes on Instagram. While she did end up making the page and even uploaded videos, none of them were explicit in nature. 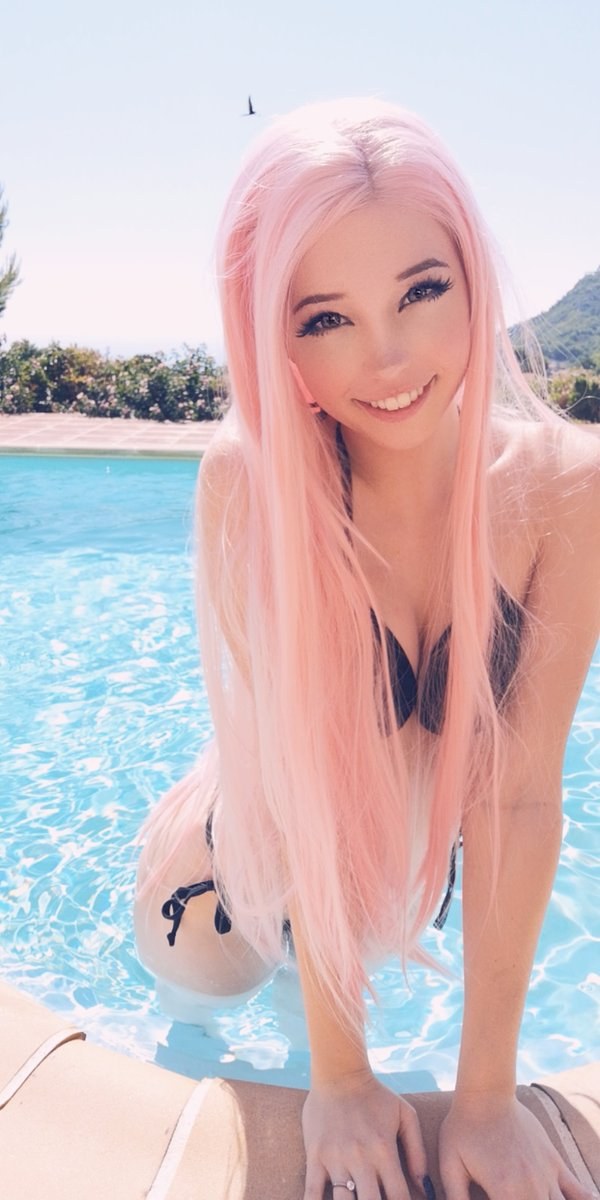 Belle Delphine went on a trip to Greece in July.500[ad name=”article2″]

Now, it would appear that the famed scarlet is under siege by her supporters for not providing them with content.

Dexerto received an email from a supporter in Belle’s $50 Patreon tier after questions were brought up as to her whereabouts in our previous story. 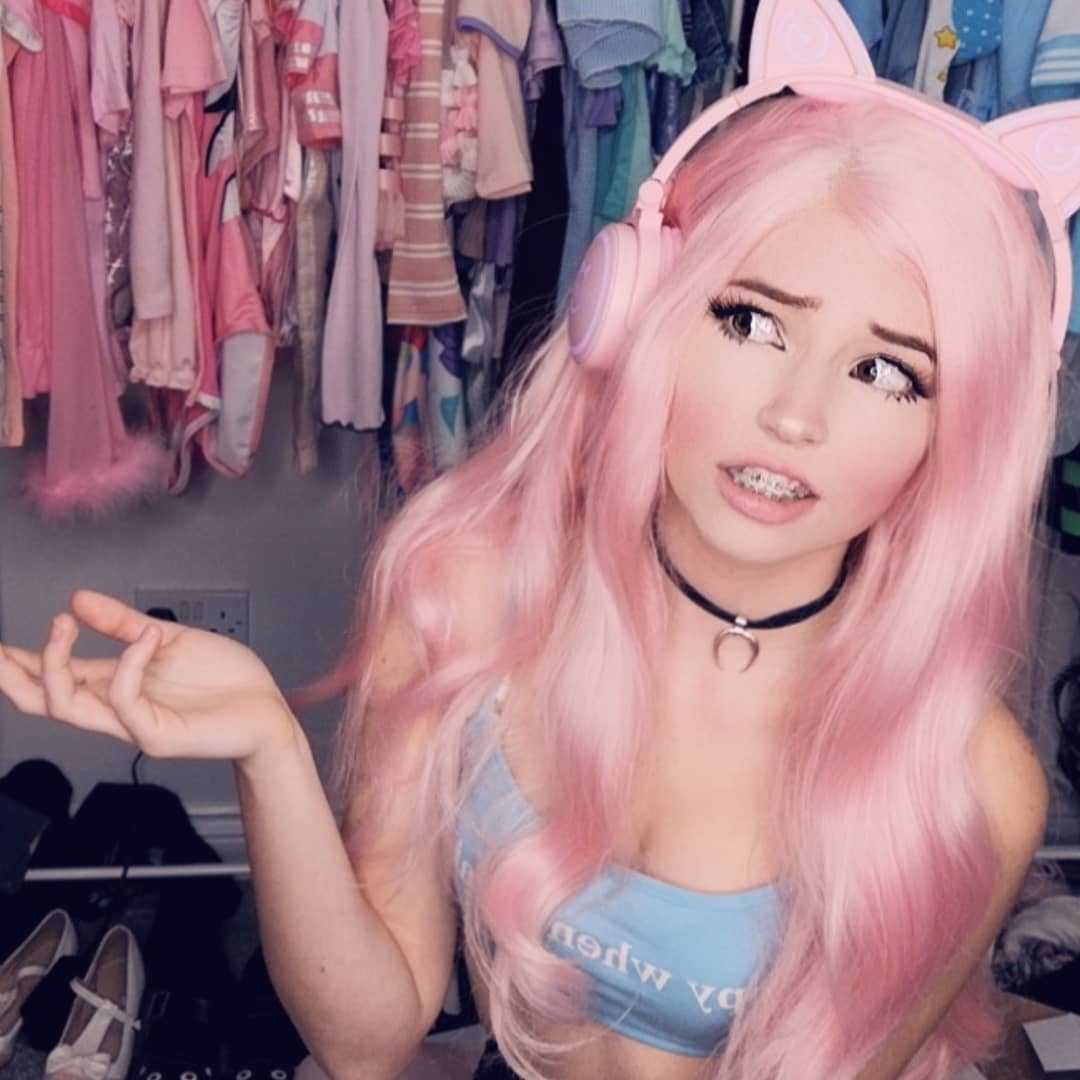 Belle is an online celebrity.500[ad name=”article3″]

The source revealed that Delphine, “hasn’t added her paying patrons on [Snapchat] for all of August and most of July or posted on it.”

“She hasn’t been active at all or fulfilling the promises to her patrons that pay for the $1,000 tier,” he said.

“She’s completely scamming her paying fan base without releasing any content. Her last post said she would be doing extra and making the month ‘extra special’.”

As Dexerto previously reported, in Delphine’s last Patreon update was on August 1 where she said she wanted to “make this month an extra good month for all of you to show you just how much I love and appreciate everything you have all done for me.” 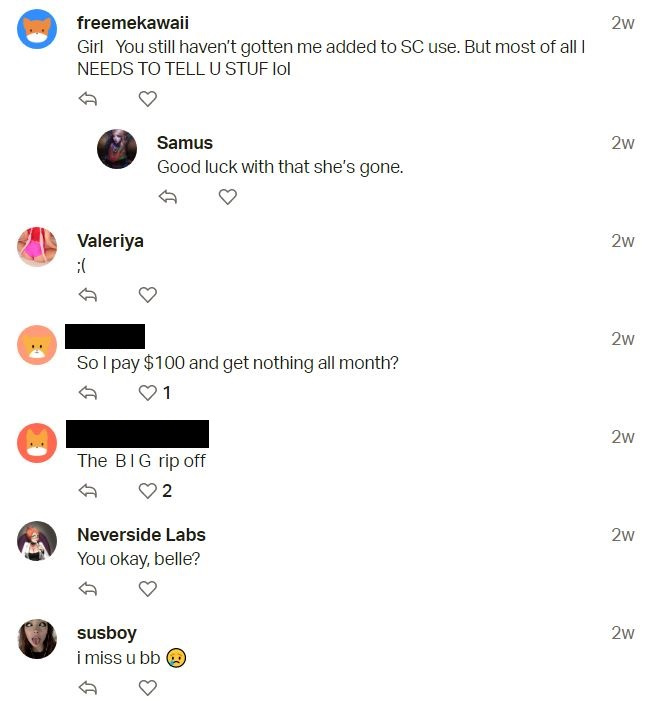 Belle’s supporters are not happy with the lack of content.500[ad name=”article5″]

Many users have commented on Delphine’s last update voicing their displeasure as there hasn’t been another post in over 30 days. Dexerto has censored possible real names to protect identities.

“You still haven’t gotten me added to snapchat use,” one said.

“I pay $100 and I get nothing all month?” another commented. 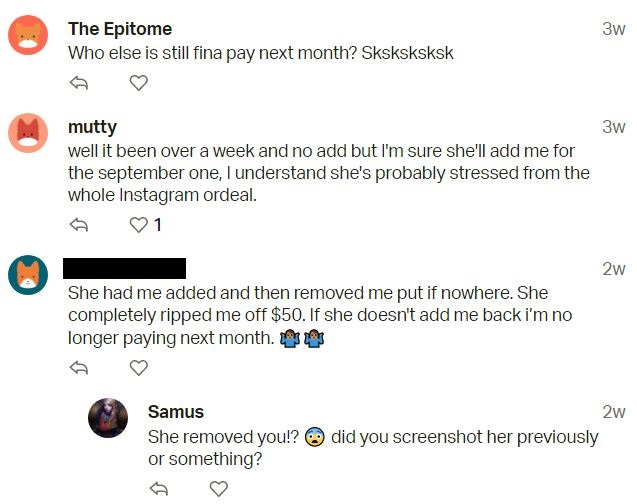 One user claimed Belle deleted him off Snapchat.500

An upset supported chimed, “The B I G ripoff.”

One user claimed that Delphine had added him on Snapchat and then removed him out of nowhere. “She completely ripped me off of $50. If she doesn’t add me back I’m no longer paying next month.”

“The last time I spoke with her was July 5,” a fan revealed. “We were talking about me buying the $1000 tier, and then she just stopped replying since then.”

Some of her fans, however, still have her back. “She’s just on hiatus rn. Please don’t disrespect Belle. She will continue making content, this was just a bad month.”

With Belle’s Instagram deleted, the last time the cosplay star uploaded any photos was early in August with an assortment of raunchy Twitter pictures.

We had previously calculated that with 3,292 Patrons, the bare minimum she would be making per month after Patreon’s max cut is $2,897. That’s a lot of money for doing apparently doing nothing.

Not all of Belle’s supporters have given up hope.500

In Belle’s last Patreon post she revealed that she had food poisoning in Greece and had fallen ill around the same time Instagram banned her account for containing ‘nudity and adult content’. As such, she had to go to the hospital to recover.

Is it possible that Belle is sick again or on yet another vacation? None of her supporters seem to know. Regardless, they feel betrayed and demand an explanation.