Rediscovered PewDiePie video has fans gushing over his marriage to Marzia

YouTube king Felix “PewDiePie” Kjellberg tied the knot with former YouTuber Marzia Bisognin in late August, celebrating their eight-year relationship with a small circle of friends and family – but their wedding photos aren’t the only things making fans teary-eyed.

Following the announcement of their 2019 marriage, fans dug up a video of the YouTube star gushing over his now-wife from years ago – allegedly his first time talking about their relationship publicly.

While the original video has been deleted from his channel, fans have wasted no time sharing the archived clip across Twitter, where he admitted that he loved Marzia and shared the first few pictures of the fashionista to his audience. 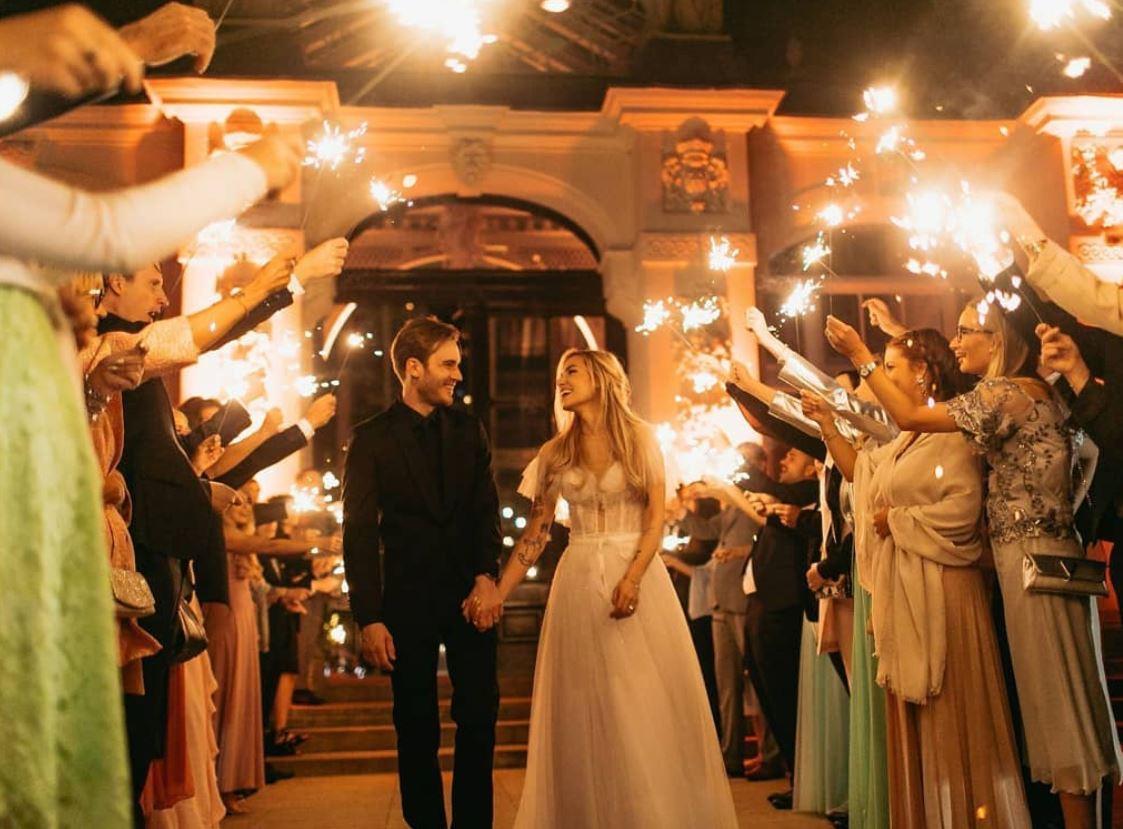 PewDiePie and Marzia got married after spending eight years together – and fans are gushing over their wedding photos.
600

“You should know that I’m really, really happy now,” PewDiePie said. “I think me and my girlfriend are perfect together, and I love her. …she’s beautiful, funny, smart, everything.”

Unsurprisingly, the “nine-year-old army” was moved by the Swede’s heartfelt words, with many commenters expressing their happiness for the newly-weds in wake of their marriage.

. @pewdiepie talking about his girlfriend Marzia for the very first time.

I remember when he first uploaded this video that has since been removed from his channel. pic.twitter.com/NUh1kKLIYv

“I remember watching this and feeling so happy for him, now they’re finally married and I’m ecstatic for them!” one user said of the clip.

I remember watching this and feeling so happy for him, now they're finally married and I'm ecstatic for them! pic.twitter.com/LRrEwG0imc

“…I’m so glad they found each other,” another Tweeted. “And the fact that they met because of her being a fan of him is crazy. YouTube can really turn your life around.”

She's just as stunning now as she was back then. I'm so glad they found each other. And the fact that they met because of her being a fan of him is crazy. YouTube can really turn your life around

While PewDiePie has always been one of YouTube’s biggest stars, the Swede has since risen to massive fame on the platform in his eight years with Marzia, boasting over 99 million subscribers and standing as the site’s most-subscribed independent creator.

Stating that he’s “definitely” worth over 20 million US dollars, Kjellberg and Bisognin pinched no pennies on their recent wedding, either, spending an estimated £121,500 on their “intimate” ceremony at London’s Kent Gardens. 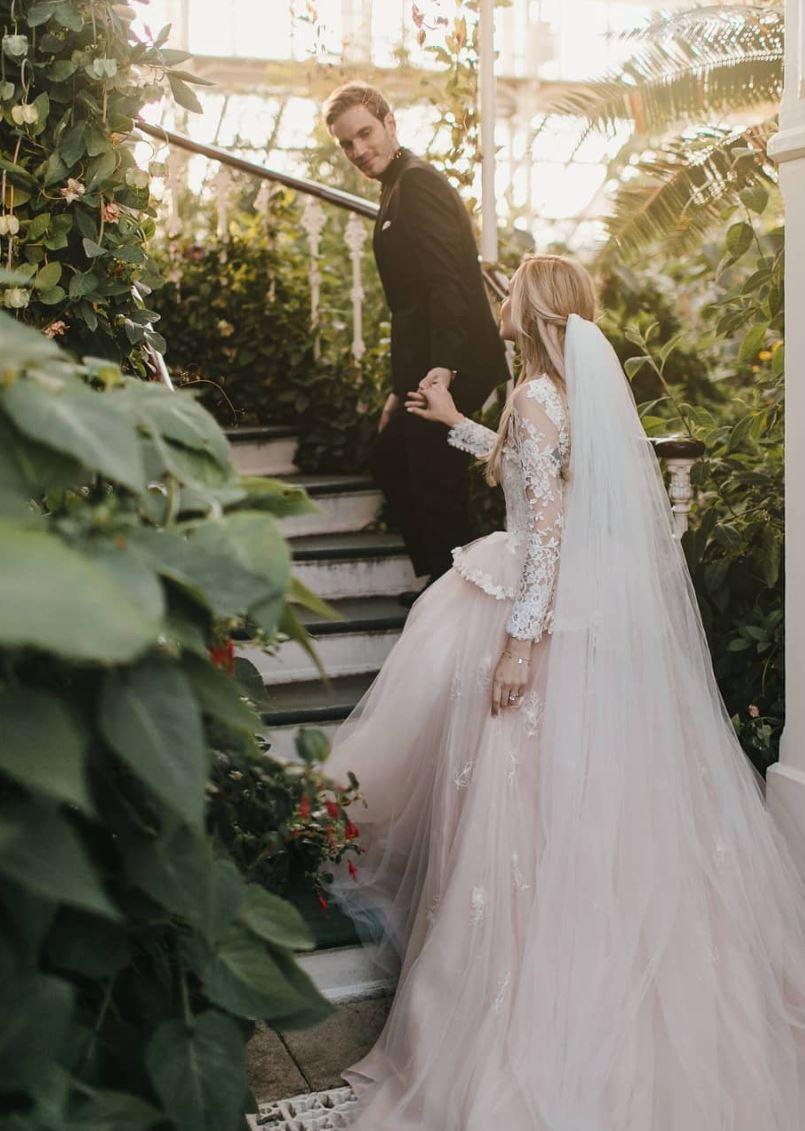 The internet celebs celebrated their marriage in southwest London’s Kent Gardens, spending over $100,000 on the event.
600

Although the couple has been relatively tight-lipped regarding the event, Kjellberg teased a forthcoming video on their wedding via Instagram, so fans won’t have to wait much longer for an official vlog of the event in Marzia’s absence from YouTube.

Here's a teaser from: @handcraftpictures_weddingfilms who shot a video of our wedding, coming soon. :black_heart:

With PewDiePie just a few hundred thousand subscribers away from his coveted 100 million milestone, it seems that the Swede is having an insanely successful week to end the summer.