Smith commented under celebrity news outlet The Bread Batch’s Instagram post covering KSI’s recent comeback, claiming that KSI’s “irrelevancy” in the YouTube community is forcing him to return to creating FIFA videos by banking off of nostalgia.

“This is an attempt to monetise his fans’ nostalgia of when he was a decent content creator to clamber back,” Smith wrote. “Cute.” 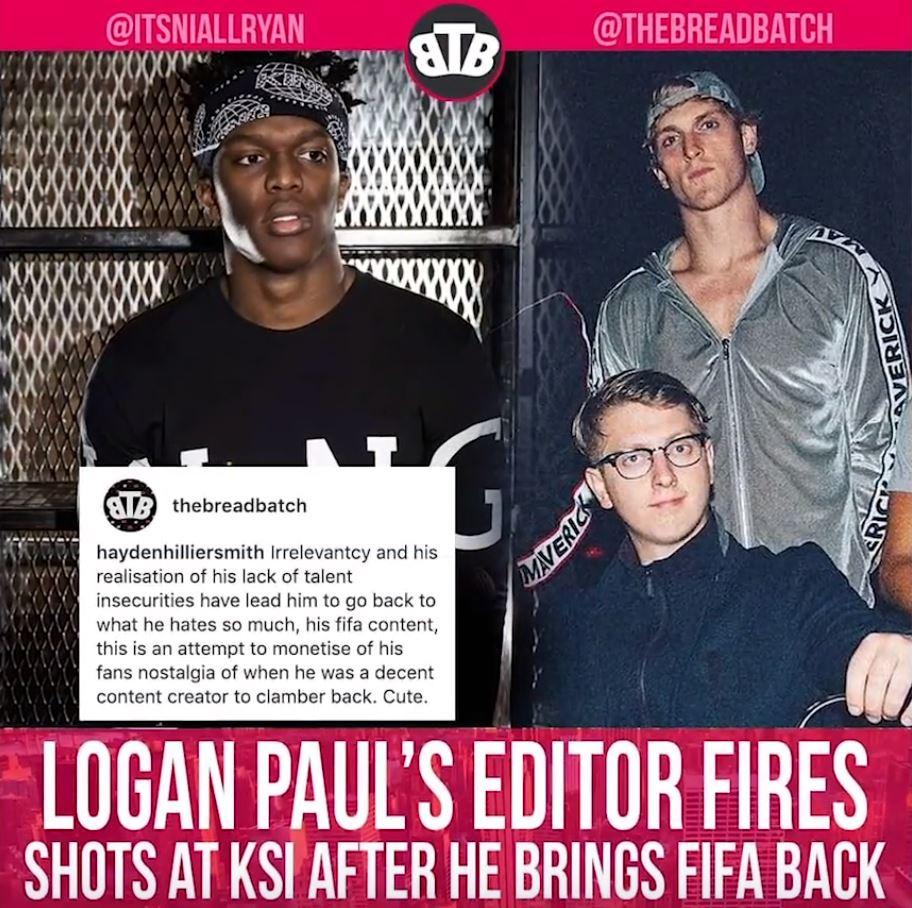 KSI had a savage clapback to Smith’s comments, reminding him of the time he edited Logan Paul’s highly controversial vlog in Japan’s Aokigahara ‘Suicide Forest,’ where he filmed the body of a recently-deceased suicide victim.

“You edited a video of Logan Paul filming a suicide victim,” KSI wrote in response. “You have no right to talk.” 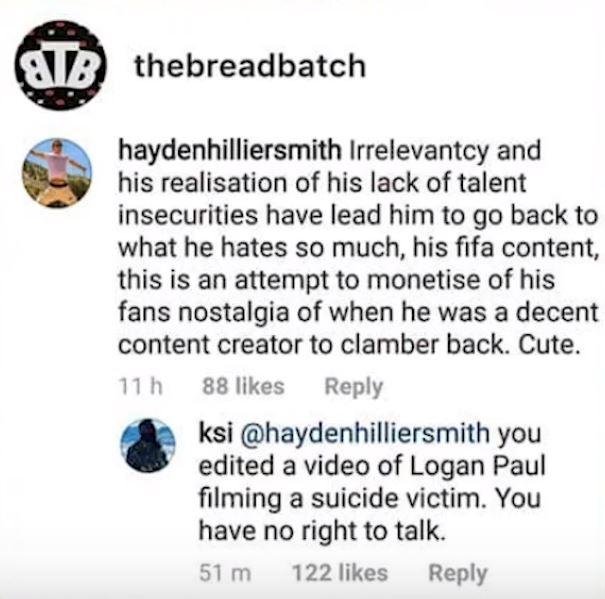 That wasn’t the end of the flame war, either; KSI’s own editor, Mo Syed, jumped into the fray, roasting Smith’s spelling errors in his initial comment.

“First of all… the dude can’t even spell relevancy,” Syed wrote. “…don’t forget Logan tried playing Fortnite just to be relevant again after what he did.”

While Paul has yet to respond to the online spat, KSI has since uploaded a video clearing the air on Logan’s claims that he had broken the terms of their rematch contract, alleging that Paul’s team was responsible for dragging their feet in scheduling a venue and state for the bout. 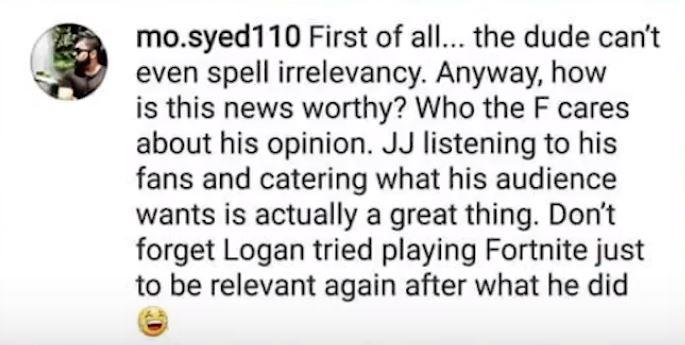