KSI announces return to his YouTube roots in 2019 - Dexerto
Entertainment

While Olajide ‘KSI’ Olatunji has been deep in the thick of a heated feud with his brother Deji Olatunji for the last month, it looks like he’s trying to move on and get back to his old ways on YouTube.

KSI’s YouTube channel might be primarily focused around music and other comedic content of late, but he started out making videos on the popular FIFA franchise back in 2009.

After almost 10 years since his first upload, KSI has announced his return to the game that started it all for him.

Just in time for the new year, KSI uploaded a video on December 31 in which he gets an unexpected visit from the fictional “Owner of EA Sports.”

When asked why he’s there, the Owner says that it’s because FIFA needs KSI to return.

“The FIFA community have shown their frustrations over the past few months,” the Owner says in the hopes of persuading KSI to the cause.

Featuring many clips from upset streamers, the video highlights many of the main problems that people have had with the game recently.

According to the Owner, KSI is the “spark” the FIFA community needs to get back to greatness. 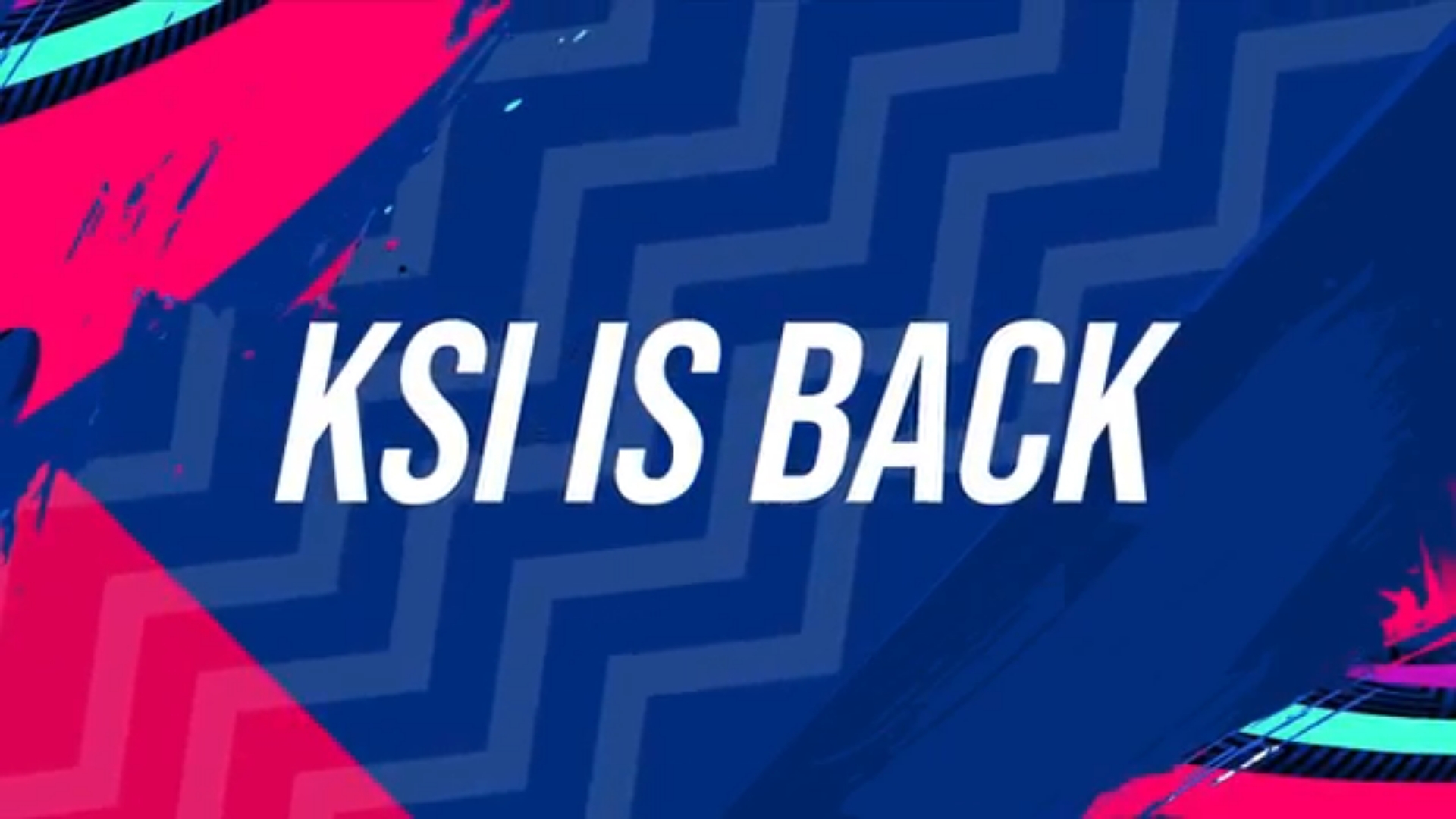 While KSI is initially hesitant, telling ‘The Owner of EA SPORTS’ to “fuck off,” he eventually relents after being granted his terms of a “$1 million payment.”

After KSI is showered with fake money, the words “KSI IS BACK” and “FIFA 19 COMING SOON” are revealed.

The release of the video wasn’t without some hiccups as it was soon deleted soon after he originally uploaded it, with KSI joking that EA didn’t want him posting it. 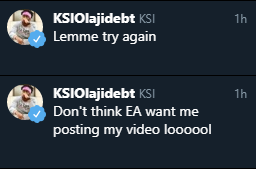 No date for the first video was given, but fans of KSI will nonetheless be happy to hear that FIFA content will once again grace KSI’s channel.