Drama Alert host Daniel ‘KEEMSTAR’ Keem has spoken out about his thoughts on the current beef between YouTube brothers KSI and Deji, speculating that Deji might be in a desperate attempt to cash in on views.

KEEMSTAR addressed the brothers’ feud in an episode of Drama Alert on December 7, where he admitted that he wasn’t sure if their beef was actually legitimate.

However, KEEM revealed DMs between himself and Sidemen member Zerkaa, who claimed that their argument was a “genuine, sensitive family issue,” and stated that neither JJ nor the Sidemen would be responding to Deji’s diss track.

KEEMSTAR went on to take issue with Deji’s actions thus far, listing the fact that he leaked his brother’s bank records, claimed that he’d gotten a girl pregnant, and even went on Logan Paul’s ‘Impaulsive’ podcast to further defame KSI.

“I must say, if this is real… I feel like Deji is in the wrong,” KEEMSTAR stated. “100%. …The only reason that I can see that Deji would do all this is for views and attention.”

KEEMSTAR cited the fact that Deji’s channel had been losing subscribers prior to his beef with KSI, even insinuating that Deji hoped to see a rise in subs to earn a diamond play button.

“I think he backstabbed his brother to get that diamond play button,” KEEMSTAR continued. 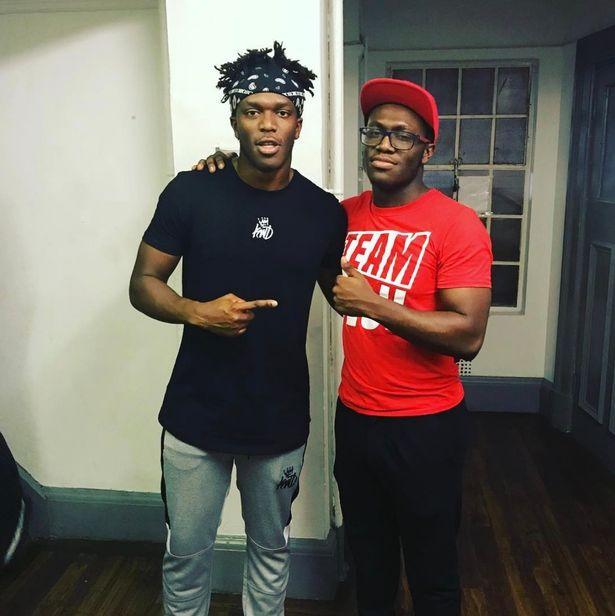 KSI (left) and Deji (right) together prior to their highly-publicized boxing matches with Logan and Jake Paul.

KSI’s feud with Deji began after he leaked his older brother’s bank records during a diss track to Sidemen member Randolph, who he called “KSI’s Bitch.” Additionally, Deji went on to claim that KSI had gotten a girl pregnant – even insinuating that he’d pressured her to abort the child.

Since then, KSI has made attempts to patch things up with his brother – but Deji isn’t backing down.